For many young professionals, the most frustrating and dreaded sentence to be uttered in the workplace is “this is the way it’s always been done.” Not only is this mindset often bred simply out of fear, it also stops progressive company policy in its tracks and demotivates employees, patronizes them and, interestingly, silences individuality in a country that has prioritized personal gain over a collective sense of well-being since its foundation. We can be certain, as members of and contributors to America’s economy, that these are two key functions of corporate structure that contribute to systemic injustice and the reluctance to acknowledge that hard work is not the end all be all when it comes to career advancement for BIPOC employees. 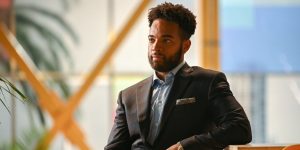 “Zoey’s Extraordinary Playlist” this week tackled this issue, and I have to say I was pleasantly surprised. It is easy for Hollywood to handle these conversations insensitively, as it as an industry certainly struggles with the same problems – in fact, exemplifies them. Tuesday’s episode saw John Clarence Stewart’s Simon struggling with his choices in the wake of a press conference at which he, as SPRQ Point’s spokesperson, pointed out the failure of his company to acknowledge the difficulties faced by their BIPOC staff, as well as the lack of any positions of power held by non-white employees. Simon, faced by a white CEO’s inclination to shy away from his accusations (regardless of his personal beliefs, which he reveals support Simon) is inclined to quit over his sole attempt to speak out, which is largely shot down.

Zoey, for her part, wants to help Simon as best she can, but feels trapped as her senior staff order her to ask Simon to retract his comments. In the end, because she’s Zoey and this show is at its worst naively optimistic, Zoey tells Simon she supports his decision to give his notice: “You need to do what’s best for you.” But what I enjoyed most about this episode was that it did not portray its lead character as a victim or a hero. Zoey is defensive for a good majority of the episode, and a significant moment for me was their conversation in Simon’s office, where Zoey compares his struggle as a Black man in the world to hers as a woman in the tech industry. Some of her comments are cringe-worthy:

“If I’m being honest, when I see you I just see Simon.”

Noteworthy lines, all of them, because I think and fear a lot of us who are either white or white-passing have either been Zoey or watched her and said nothing. This is brought into even sharper focus when Zoey goes to Mo, her closest friend and confidant, for advice on how to handle the situation with Simon. Well-meaning though she might have been, watching someone else make the “I have a Black friend, maybe you know them” mistake inspires an incredible amount of secondhand embarrassment and forces audience members to confront similar errors they might have made, and why they were wrong. All of these instances for Zoey culminate in exactly what proves this episode’s worth: watching our lead come to the realization that though systemic racism is not her fault, she has some work to do, and that it’s okay to publicly do that work. 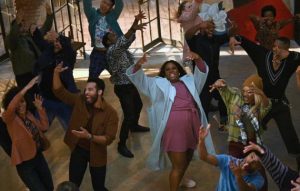 There is a lot of emphasis right now, given current events in the country and the world, placed on the amplification of underrepresented voices, and rightly so. It was really rather refreshing for such a Hollywood hit to get it right – to show a lead character who at her core is centered around kindness and doing the right thing with such a blatant blind spot. And one that many of us share, no matter how well-intentioned we may be. Simon’s response to Zoey’s lines above should hit us hard, and they do: