Who Framed Roger Rabbit? and The Psychology of Rewatching – Part 2 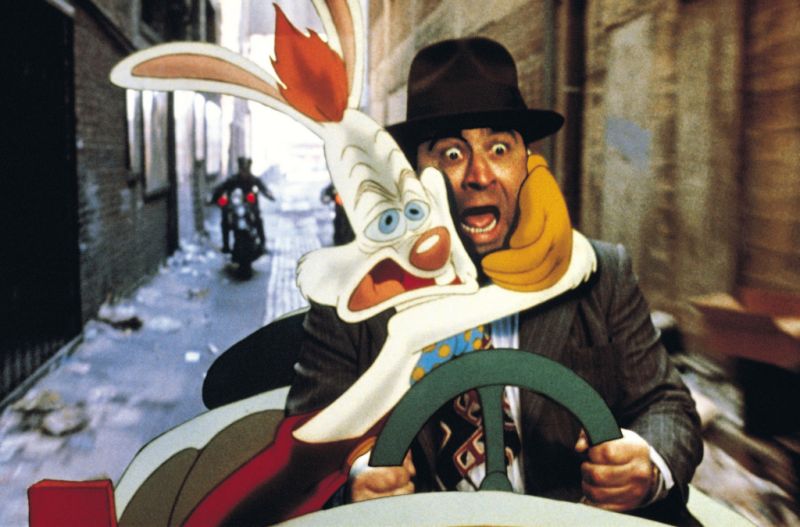 Hi! This is part 2 to the essay I posted last week.

According to Neel Burton M.D. for Psychology Today, “Nostalgia is sentimentality for the past, typically for a particular period or place with positive associations, but sometimes also for the past in general, ‘the good old days of yore’.” (2) A few images from my childhood bring upon the warm glee that nostalgia carries. Silly Symphony cartoons, the opening level to Sly Cooper: Honor Among Thieves, and the roof scene from The Phantom of The Opera are a few that are especially strong, but Who Framed Roger Rabbit? is especially potent. However, with new media coming out every second of each day, and not nearly enough time to consume it, the return to old favorites became puzzling. Laid out across the social media channels I follow, images of people rewatching childhood movies, old favorite shows, and replaying outdated video games became an unavoidable, and realizing I wasn’t alone in my quest for the rush of nostalgia was an invaluable tool. According to Dr. Krystine I. Batcho, “Nostalgic memories can serve as reminders that life wasn’t always so difficult and restore a sense of being grounded and able to survive during difficult times.” (3) Batcho also writes, “Nostalgia fortified the resistance by strengthening cultural identity, social bonds, attachment to home, and continuity of self. Nostalgic memories counteracted loneliness and supported cognitive-emotional coping during and after the struggle.” (3) The connection to nostalgia many are seeking is perfectly clear given the state of our world. This nostalgia differs from the current trend in Hollywood to reference times past, as shown in the influx of movies and TV shows set in the 80’s and 90’s. This trend, although rooted in the emotion that nostalgia evokes, is a marketing tool, and doesn’t hold the same value of personal nostalgic artifacts from our lives.

We are choosing to watch things over and over again, the stories that we know the endings to, but still excite us. The beauty of storytelling inviting us in over and over again to relive moments with characters that only exist for brief moments of time. The beauty of entertainment is that anyone can connect with a story in one way or another, but there are moments in which we feel heard in what we consume. The betrayal Roger feels when he believes Jessica is cheating on him, Eddie’s inability to touch the belongings of his deceased brother because of grief, and the twist at the end of the film are all elements of the story that reflect moments from my own life, and the journey the characters take to overcome their flaws reminds me of the same journey I am slowly beginning to embrace in adulthood.

There is control in a rewatch, a control that we no longer have over our lives. We are subject to boundaries put in place by local and federal governments, a system many have grown to distrust. As we stay at home, we are helping to alleviate the strain on our fragile health care system, it’s flaws exposing themselves to those who were previously unaware. If boredom and depression are the worst realities most face, then we should consider ourselves lucky. If this all feels like it was for nothing, then we have succeeded in not creating a death toll that feels like a number, versus losses of a human beings that are too overwhelming to comprehend.

I sat in a video call one night with one of my closest friends. As Roger and Eddie’s story ended, he cleared his throat from his bedroom in another country we are no longer able to travel to from the US.

The hold of nostalgia trapped me again, and I suddenly felt connection I hadn’t in weeks. As Roger Rabbit becomes a pillar to this time in my life, I am lucky to be reminded of the people I love and care deeply about. No matter how long the worldwide sick day lasts, we will come out the other side unified in this time of pain.

My friend spoke up again, “I’ll have to watch it again sometime.”