Who Framed Roger Rabbit? and The Psychology of Rewatching – Part 1 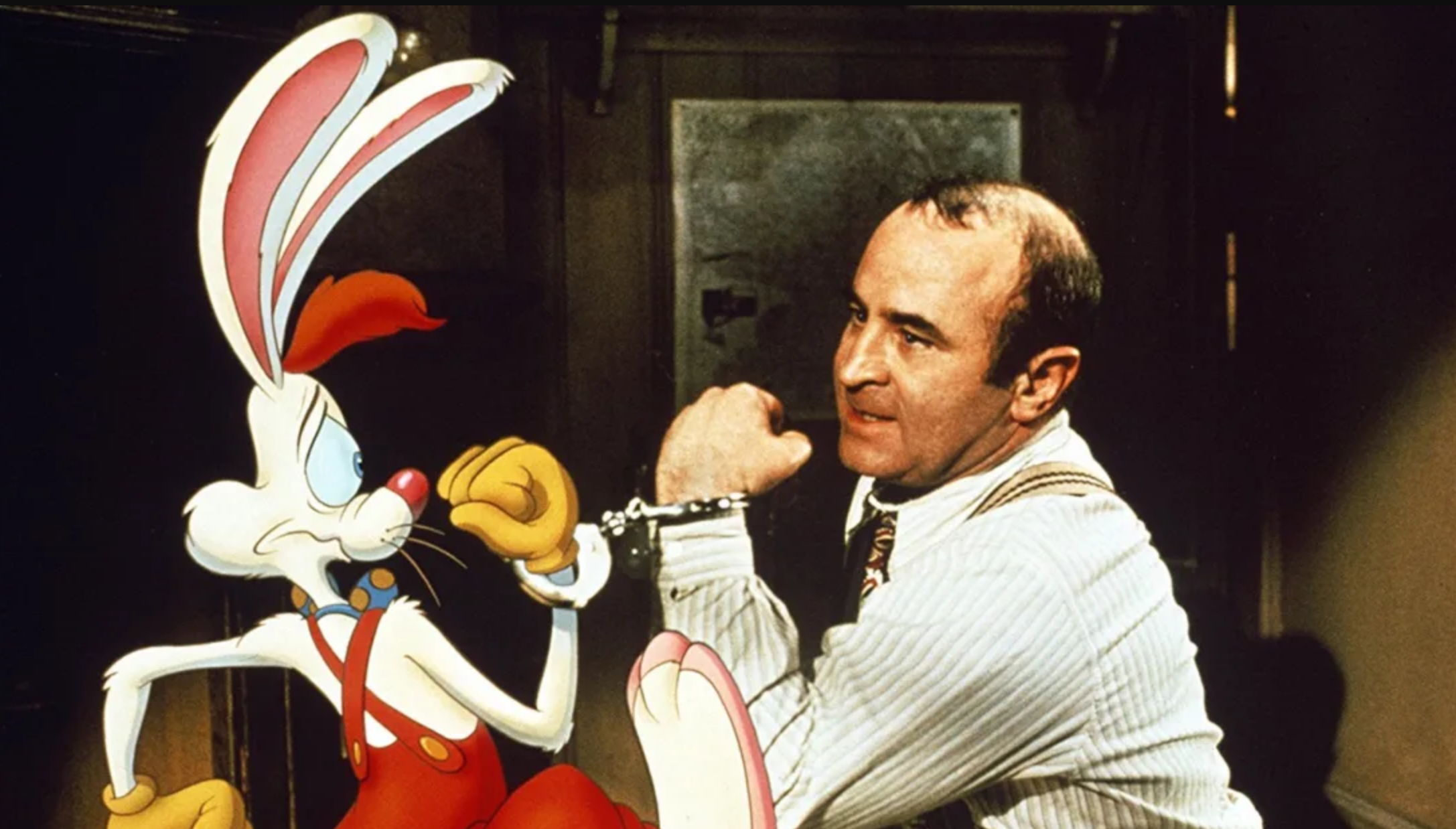 On April 30th 2020, I wrote a Letterboxd review for the 1988 film, Who Framed Roger Rabbit?, a comedy interwoven with a crime drama featuring animated characters set atop 1940’s Los Angeles. The film has always been one I’ve always enjoyed, but never considered a favorite. I lumped it in with my ‘sick day’ movies, alongside Robots, and rarely thought about the film unless I was bedridden and bored. As someone who hates, and violently fights off the urge to take a sick day, I have only viewed the film a handful of times.

As mid-March arrived like a hurricane, the United States suddenly fell into a collective, and haunting silence. Breaking the barrier of the home became a task done only when absolutely necessary. As millions of people fled into their homes, we were suddenly forced to face our own minds, and for many, this meant facing the things we had been using our busy lives as an excuse to run away from. City dwellers fled into tiny apartments, rented with the idea in mind that we wouldn’t spend too much time at home. Celebrities sang to us from their acres of property in sunny California, as my small apartment became a front row seat to the theatre of weather in Chicago. The city bounced between moments of sun and suffocating humidity, to days of torrential rain and thick globs of falling snow, (Thankfully, I am in love with each season, but the rapid weather changes aren’t kind to some, and do aggravate my allergies to the point that I’m sleeping with my mouth open… vile). While this isn’t representative of the world as a whole, it felt like the planet slipped overnight into one, long, sick day, and for many, the day hasn’t ended. I am one of those people, living in my space I sometimes only visited to sleep at in between the work and school duties that demanded my presence. My daily routine halted, flopping from one of intensity and a never-ending feeling to rush, to stillness, where my largest decision in a week is deciding what day I need to go to the grocery store, and becoming intimately familiar with the paint chips on my bedroom door.

At first, the stillness was welcomed. Many lead lives driven by the need to do more, see more, and the mandated halt to this felt like a huge sigh of relief. I no longer had to wake up with enough time to get downtown by 8:30 AM to my entertainment law lecture, I could do all of the coursework from my couch. I no longer had to check the bus schedule every minute to see if they were moving or not on my way into work, there was no job to be done. I no longer felt guilty for wanting to stay in on a Friday night, there was nothing, and no one, to miss out on. The quiet was awkward at first, but not disastrous. As the days started passing like hours, and as I watched the first sign of green appear on the tree out of my front row seat to the city, the quiet manifested into something I couldn’t control. Suddenly, I was losing track of time. I couldn’t remember the date, my sleep schedule deformed into only wake, and my mind was slowly filling with a black sludge I couldn’t control. Depression appeared to me as a pit I couldn’t save myself from falling into, and my rapid descent happened all at once. Time lapsed in early April, and I no longer had my mind to myself as the rapid decline of my mental health crashed into me like a wave during a thunderstorm, the riptide of isolation pulled me deep into the things I had been running away from the past few years. The darkest thoughts swam through my thoughts like a school of fish, and I spent most of those early days awake at all hours, feeling as if the weight of the sea was holding me down and spreading across my body in a blanket of numbness, manifesting into the psychosomatic symptom of chest pain.

According to a commentary written by the Academy of Medicine in Singapore, the 2020 quarantine gave mental health diseases the room to blossom in grotesque ways, writing, “Previous research has revealed a profound and broad spectrum of psychological impact that outbreaks can inflict on people. Among the general public at the individual level, it can precipitate new psychiatric symptoms in people without mental illness, aggravate the condition of those with pre-existing mental illness and cause distress to the caregivers of affected individuals. Regardless of exposure, people may experience fear and anxiety of falling sick or dying, helplessness, or blame of other people who are ill, potentially triggering off a mental breakdown. Significant psychiatric morbidities have been found to vary from depression, anxiety, panic attacks, somatic symptoms, and post-traumatic stress disorder symptoms, to delirium, psychosis and even suicidality, which have been associated with a younger age and increased self-blame.” (1) Those who had never experienced chronic anxiety were smacked by the constant unease, and those previously diagnosed felt their symptoms of anxiety skyrocket. The demand for mental health services outweighed the possibility of care by professionals, as articles popped up around the internet, providing commentary and resources on how to deal with, an overcome these mental anguishes. However, as deeply as I searched and read into ways to help myself, the depression persisted, alongside the sleepless nights, and painfully exhausted days. I finished my degree in a daze, and after submitting my thesis for review, I crumpled into myself, crushed by the blows that I, and everyone I loved were taking.

At some point in that hazy time, I curled into my bed, and pressed play on the first film I would consume since lockdown began. The animation sequence that opens the film is one of my favorite moments in cinema, and warm embrace of comfort coddled me as Roger Rabbit failed to produce stars after a refrigerator was dropped on his head. The relaxation was pure, welcome, and filled to the brim with nostalgia, an emotion I had forgot about in the midst of my depression. I felt familiar with my surroundings, like I wasn’t a stranger in my home any longer.

Part two will be posted next week!