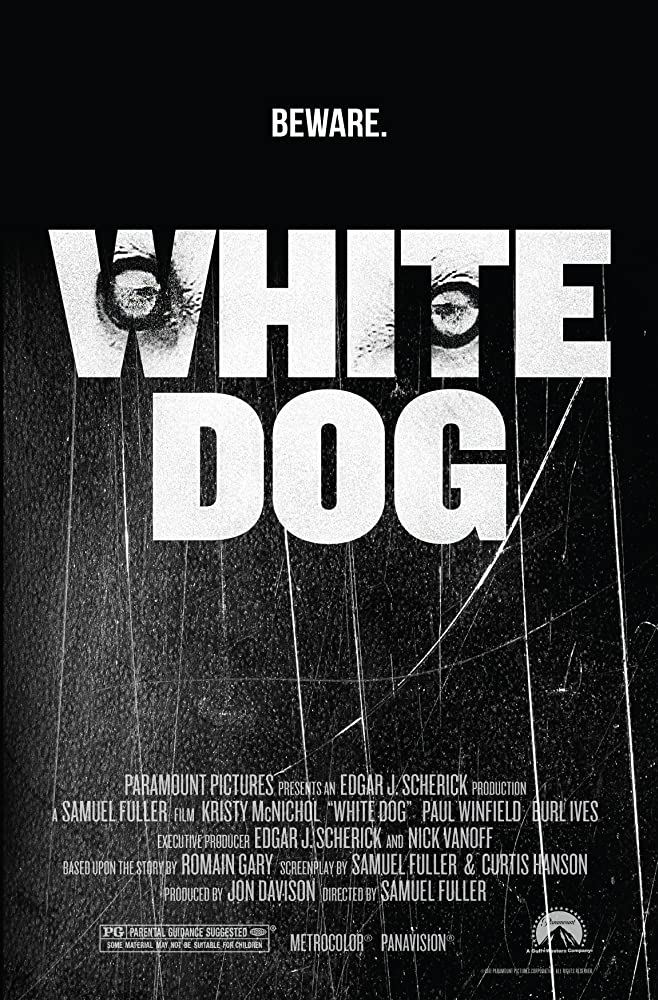 My exploration into Paul Bartel‘s body of work led me to “White Dog,” the 1981 film directed by famed war film auteur Samuel Fuller. (Bartel appears in one scene as a nameless camera operator.)

This was a surprisingly good movie. The first act focuses mostly on the character played by Kristy McNichol (arguably the weakest performance of the film), who accidentally hits a dog while driving down the road one night. She takes the dog to a vet who patches him up, and she becomes his de facto new owner.

However, the dog harbors a dark secret. Not only was he trained from birth as an attack dog, but he was specifically conditioned to attack only black people.

Kristy takes the dog to a trainer to de-program his killer instincts, and it’s at this point that the film takes a sharp upturn. The animal trainer is played by Paul Winfield, who most people have seen before either as Lt. Traxler from The Terminator, or as Captain Tyrell from Wrath of Khan. Here he takes center stage in a deeply affecting performance – he wants to succeed with this “white dog” (after failing with others), with tragic results.

I don’t want to give away too much but I was impressed with this film and the story it told. Like I said, McNichol’s performance is the weakest link – there’s a pivotal scene where her character suddenly switches from “save the dog at all costs” to “it’s time to put this guy down,” but it’s not conveyed convincingly. But Winfield knocks it out of the park, as he struggles to choose between saving one dog (and other dogs like him) and protecting his fellow man.

The filmmaking is competent, the story unique and brave, and Winfield’s performance top-notch. Worth a watch, but be ready for a nihilistic ending. Overall grade: B+