Watercooler Reviews | What is the Book of Saw?

Last week Spiral: From the Book of Saw hit theaters foregoing a streaming platform release for the time being. The film was directed by Darren Lynn Bousman who directed and wrote Saw II and directed Saw III & IV. I came away from Spiral wondering why it did not satisfy my hopes for the Saw franchise. We land on a plot of a Jigsaw copycat killer that is targeting a corrupted, dysfunctional police department. Throughout the cat and mouse game, it is revealed why Detective Ezekiel ‘Zeke’ Banks (Chris Rock) does not trust any of his fellow policemen and why the other cops do not want to work with Zeke. Unlike in Jigsaw (2017), the characters in Spiral unquestionably know it is a copycat with no arguments on the deceased status of the original killer, John Kramer. This speaks to the secondary part of the title ‘From the Book of Saw’ which purposefully desired to separate itself from the franchise’s original tale that started in 2004. 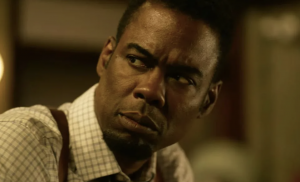 The film was entertaining and the unfolding of the relationships within this disjointed police station held mild intrigue that sufficed the viewer for 95 minutes. The killer reveal played on being so obvious I disregarded it as not being an option which was disappointing but in a roundabout way effective. Too much of Zeke’s dialogue was pointless and never tied into the mystery. The script and editing needed to be more decisive. Divorcee jokes do not get funnier with repetition which was Zeke’s only attribute outside being a cop. The interplay between Zeke and his father needed more exploration leading up to the fateful final scene. It was difficult to decipher Zeke’s actual feelings about his father. However, the acting was strong. Chris Rock gave as much complexity as he could to Zeke. Samuel L. Jackson fulfilled the role of the stern yet distant father and retired police captain. Marisol Nichols played the new captain quite well. She always seemed to pull the viewer back into the story as she mediated the deteriorating police department. Max Minghella as Zeke’s new rookie partner, Detective William Schenk, energized the film. The interplay between Minghella and Rock provided that needed attachment to the characters for the viewer that was purposefully not present between the other cops. The lighting and sound design aided in the differentiation from previous Saw films but nothing notable beyond that. I came away from the film being entertained but questioning why I was not satisfied. My main question was ‘What is the Book of Saw?’ To figure that out, I revisited the entire Saw franchise and found a conclusive answer. 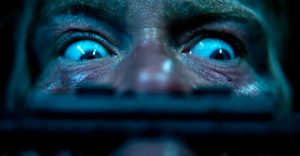 Saw works off the driving force of excess in its films. Even beyond the excess of the tortuous deaths we encounter, the excess of Jigsaw’s twisted justice between the interconnected relationships revealed throughout each installment gave the franchise an entertainment factor beyond simply gore for gore-sake. From Saw III to Jigsaw, the unspoken mission was to discover who could become a proper Jigsaw successor to John Kramer. We have gone through quite a few people starting with Amanda Young that were all handpicked by Kramer himself. Most of them failed and ended up dead from various character weaknesses. Jigsaw left the franchise with the possible candidate of Logan Nelson who canonically came before and is the last standing out of all the Kramer prodigy. The failure of each was spurred from the notion that they never played a fair game as Kramer did. Spiral did not follow the successor search nor did it play by the rules. It should have and it could have done so without being directly connected to Kramer as it desired to be. The reinvention of the franchise cannot land on copycat killers who do not play by the rules. I believe this is where the film failed in its renovation of the franchise. A re-visitation to John Kramer’s original and essential insistence on redemption through a fair game would have stoked the flames of the franchise back to life. Spiral’s killer only preached their agreement with Kramer but not in their action. They did not play a fair game and became what Kramer hated most of all- a vindictive murderer. That was the ultimate disappointment of Spiral: From the Book of Saw. I am surprised Bousman did not understand this because the Saw sequels he directed wrote that book. The book of Saw is the book of Kramer and that can never be divorced.

In conclusion, the desire for disconnection from the rest of the Saw franchise dulled the story from captivating to entertaining. There is no rush to see this film in theaters. It is worth the wait to watch Spiral when it hits streaming platforms. 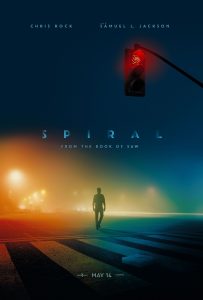