Things Heard & Seen, the new Netflix released haunted house film from filmmaking team Shari Springer Berman and Robert Pulcini (best known for multi-award winner American Splendor), may be the epitome of high class schlock. The movie doesn’t bring anything substantively new to the haunted house genre, but it is stunningly lit and shot, references Christian theologian and mystic Emmanuel Swedenborg every third scene, and contains a performance from Amanda Seyfried that rivals her Oscar-nominated one in Mank.

The film opens in “Winter 1980” where we witness blood dripping from the house into the garage, before jumping back to “the spring before.” Here, we meet our protagonist Catherine (Seyfried), her husband George (James Norton), and their young daughter Franny (Ana Sophia Heger) at their leaving Manhattan party where we learn that George has been offered a professorship at the college in fictional upstate town Saginaw. Once there, the family moves into an old house that immediately begins to serve up classics like flickering lights, moving furniture, and the piano playing itself. As the movie progresses, Catherine begins to find mysterious objects left behind by previous residents, a ring here, sheet music there, and an old Bible that also contains family records informing her that some inhabitants of the house were “damned.”

These scares and the building mystery about what happened in the house are all well worn ghost story beats, but Things Heard & Seen makes these moments work. Seyfried’s commitment to the material and her expressive (read: big) eyes are key to this. As is the beautifully moody atmosphere courtesy of veteran cinematographer Larry Smith who has worked with Kubrick and Nicolas Winding Refn. Seyfried’s performance and the atmosphere suck the audience into this world, or rather this house, in a way that makes a simple shimmer of light across the screen an effective and memorable jump scare.  There’s also some inventive camerawork throughout that ranges from immersive and unsettling to questionable at best, but when working with content this familiar, anything formally unexpected is worth celebrating. 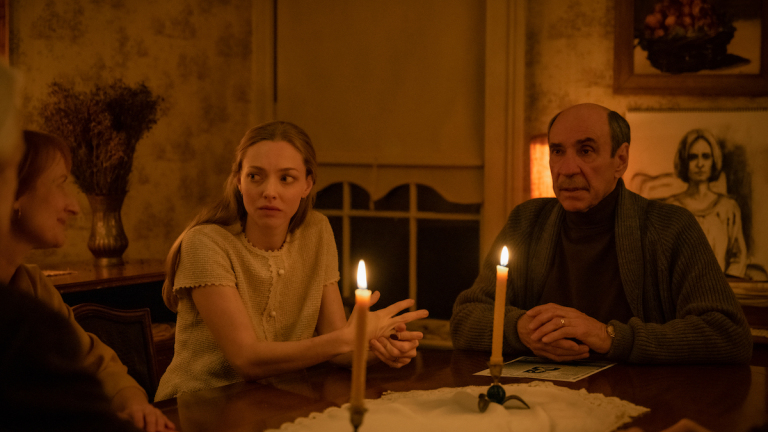 The greatest failure of Things Heard & Seen then isn’t that it is a haunted house movie that treads familiar ground, but instead that it feels the need to “elevate” itself above other such movies. It seeks to do this through the aforementioned barrage of references to Swedenborg as well as references to painters George Innes and Thomas Cole, and a plot that, as it develops, seeks to address generations of violence against women. While none of these references or attempts at serious thematic heft are problems in themselves, and could in fact make this a more thought-provoking and powerful film, it’s the way that these references are used to explain plot points and the themes are served up rather than investigated that leads the film to feel weighed down by wasted potential and unnecessary aspirations. 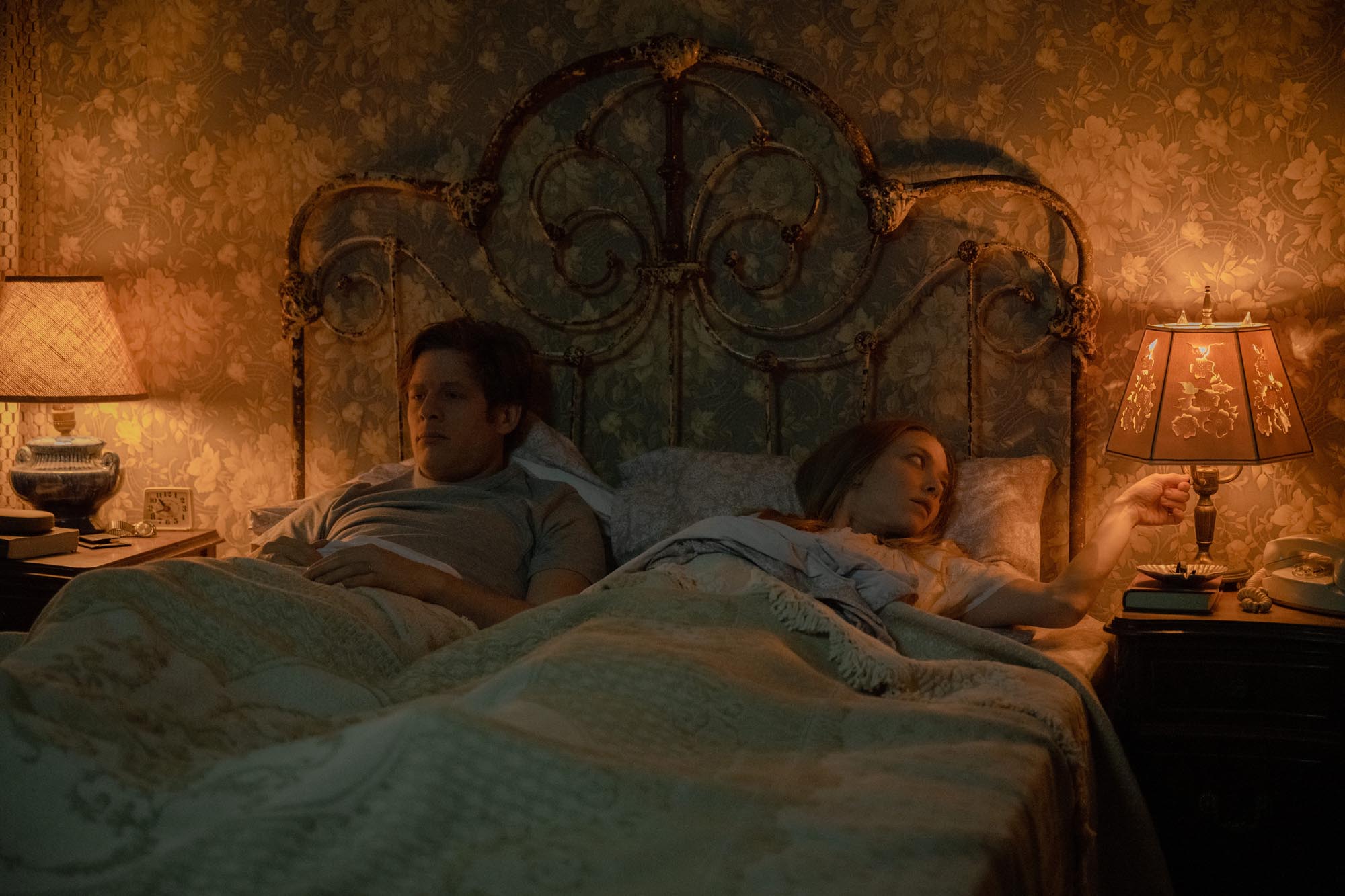 The generational gender violence themes, without becoming anything new or especially affecting, are handled well enough, but it’s the theology and mysticism aspects that feel like something special could have happened here and then didn’t. The first references to Swedenborg feel like there’s a genuinely novel and interesting mythology that could be parsed out here about ghosts and our relationships with them, but instead the theology exists simply to reveal a twist and deliver the (albeit wonderfully wild) climax.

At first I was hoping that Things Heard & Seen might make a place for itself with The Witch, The Exorcist, and The Wicker Man in my pantheon of genuinely theologically interesting horror movies, but now I wish it had been content to be a beautifully shot and impeccably acted cousin of The Conjuring instead of failing to be either. All of that said, I do recommend the film to anyone who simply wants to drink in the gorgeous atmosphere or see Seyfried deliver a great performance, but fair warning that it may leave you a bit frustrated.