Watercooler Reviews | The Way of the Househusband S1

Apr 26, 2021 2021, anime, based on the manga, comedy, Netflix, netflix original, slice of life, the way of the househusband, tv reviews, watercooler reviews 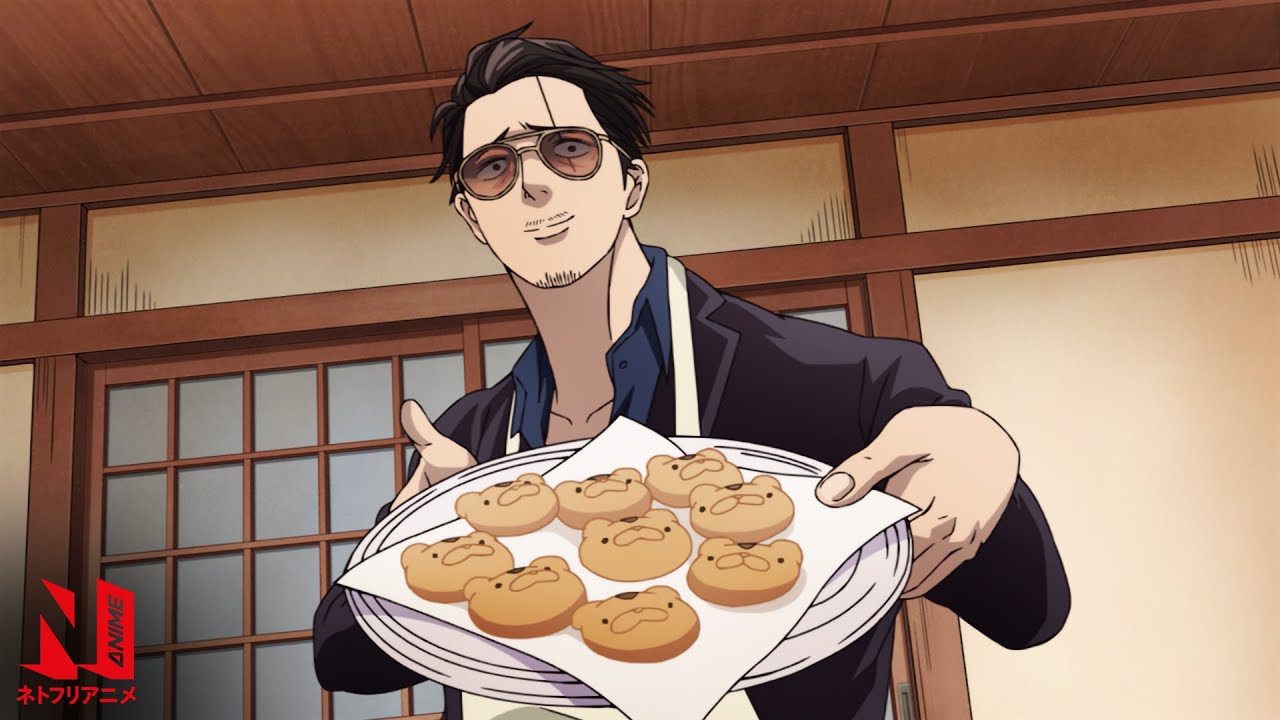 Let me paint you a scene. It’s a Monday night, 420-Eve to be precise (or, you know, 419 if you’re being pedantic), and the edible I took a few hours earlier was fully digested, flooding my system with some sweet THC. Feeling the urge to watch something brand new that wasn’t a sitcom, I decided to surf Netflix and find something to watch. So like Crashing before, I ended up watching something based on the thumbnail; in this case, a new Netflix anime called The Way of the Househusband S1 that came out only a few weeks ago it turned out. Well, technically I started Fullmetal Alchemist: Brotherhood, then switched when I realized that after reading all of Robert Howard’s Conan the Barbarian stories over the last few months that I wasn’t in the mood for fantasy, but that’s neither here nor there.

So what’s The Way of the Househusband about? It follows Tatsu, a househusband for his career-driven wife Miku. That’s all fine and dandy, but what’s the catch? Well, the catch is that Tatsu is a recently retired and eminently feared Yakuza boss dubbed “The Immortal Dragon”. And when I say feared, I mean people who recognize him universally react either run away in fear or immediately attack him out of anger/self-preservation. As such, much of the humor comes from Tatsu responding to his househusband duties with the exact same energy and drive he had back in his Yakuza days, often juxtaposed by meeting people who recognize him from his past life. Basically, imagine if John Wick went about daily household tasks using the same drive he used to murder everyone tangentially related to his puppy’s death. You know, the set-up for some great comedy.

But here’s the thing; I’m rather conflicted about whether or not I like the anime. I mean, the story, the characters, and the humor are all on point, so what’s wrong? That I’d put down to the pacing and the quality of the animation.

Between the two, the animation rankles me more, so I’ll talk about that first. In essence, it boils down to the consistent use of limited animation. Like rotoscoping, limited animation is an animation form that has a long history and association with looking cheap. Which, to be fair, is not unfounded; Hannah-Barbara is infamous for its use of limited animation, reusing numerous shots across multiple properties and severely limiting onscreen motion which resulted in dialogue-heavy shows detractors called “animated radio”.

When it comes to The Way of the Househusband, the animation is limited by motion; it’s a very static looking show. Like, it’s so static it feels more like a motion manga instead of a full-fledged anime, which was apparently a deliberate decision by animation director Chiaki Kon. I mean, I can kind of understand it with regards to Tatsu, since it helps establish every over-dramatic reaction he has to his househusband existence. That said, it doesn’t have to be as present as it is in season 1. Even just a little dynamic variety would do wonders for the anime’s watchability because using the limited animation for everything makes the anime look frustratingly cheap and unenjoyable to watch. And while this isn’t exactly the fault of The Way of the Househusband, but after watching the beautifully animated Undone, the monotony of The Way of the Househusband was extra disappointing.

Now while I’m still on the topic of complaints, I would like to mention the pacing. Namely, it was a bit too fast for my liking. Now, this is unusual for me since I prefer an anime with a pace closer to breakneck. It’s just that in this case, it’s almost suffocating, going from one largely unconnected chapter to the next. Honestly, I think this could have been alleviated if the episodes not only had more dynamic animation but if the episodes were a half-hour long instead of 15 minutes. You know, give the gags a chance to breathe while making the most of the medium because this manga pacing is a bit much for something nominally animated.

The worst part about this is that the rest of The Way of the Househusband is straight-up fantastic. While the gag about Tatsu is more or less the same, it doesn’t change the fact the gag is goddamn hilarious. One of my favorites is when Tatsu encounters his chief Yakuza rival Torajiro fresh out of prison. Safe to say, Torajiro has a bit of a beef with Tatsu due to Tatsu annihilating his whole gang John Wick-style after Torajiro was sent to prison. So, when Tatsu and Torajiro have their long-awaited confrontation at Torajiro’s crepe-stand, how does their battle go down? Well, it turns into a dessert-making Instagram duel but with all the gravitas of a battle to the death. And goddamn is the whole scene hysterical, and there are 29 other chapters worth of gloriously wholesome Tatsu-shenanigans. It reminds me of the comedy bits of One-Punch Man and Mob Psycho 100, only dialed to 11 while the action is dropped. If there’s anything I’d change, it would be just to add a bit more continuity. As of now, the only continuity thread is Tatsu taking on his old Yakuza subordinate Masa as an acolyte in the ways of the househusband, but I think more can be done. But then again, compared to the animation style that’s a small quibble.

As for some anime-specific positives, I think Kenjiro Tsuda’s performance as Tatsu is nigh-perfect. The man is perfect for the role, and it helps sell not only Tatsu’s devotion to his new life but the humor that comes with it of being someone with his fearsome reputation. Though Tsuda’s voice acting wouldn’t sell the gags as strongly if it weren’t for the score, which highlights the absurdity of Tatsu’s sheer energy with the banality of whatever he’s doing.

So, if I had to sum up my feelings with The Way of the Househusband S1, it’s that I love the story and the humor but dislike the animation. So for the time being, unless season 2 decides to course correct the animation and pacing, I think I’m going to pick up the manga and stick with that.