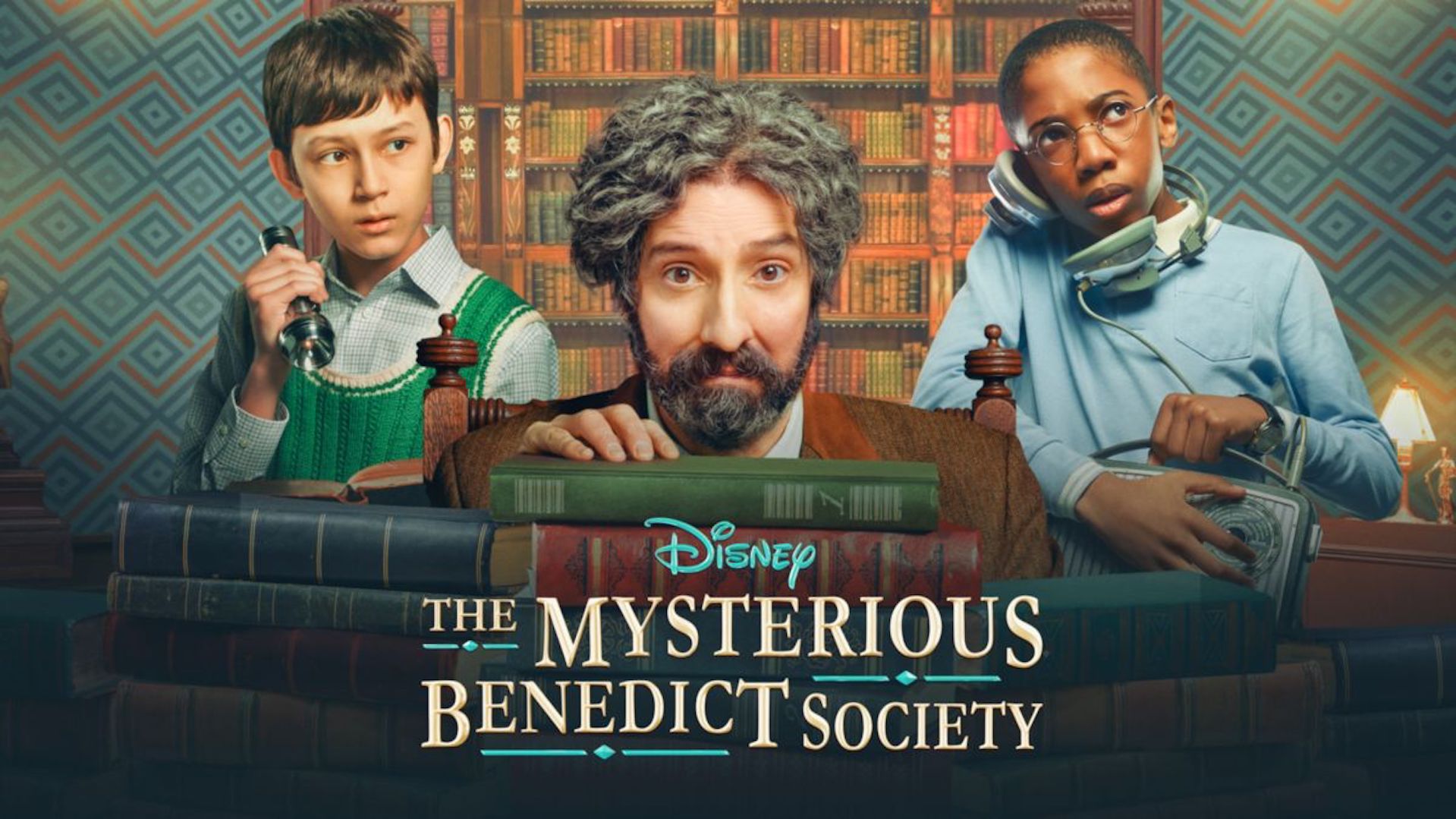 If I were tasked to list the books that are closest to my heart, Trenton Lee Stewart’s “Mysterious Benedict Society” series would be near the top. As a child, I devoured the adventures of the titular Society, and I’ve reread the novels countless times — most recently in preparation for this review. And after viewing the first two episodes of “The Mysterious Benedict Society” on Disney+, I am overjoyed to report that the adaptation of Stewart’s first novel in the series works reasonably well.

It may seem strange to be overjoyed at the show being merely good thus far, but my enthusiasm can be explained by the astonishingly low expectations that I had for the project. In addition to the fact that this adaptation was stuck in developmental hell for quite some time, the attachment of the Disney name to “The Mysterious Benedict Society” frightened me; just last year, Disney desecrated another staple of my childhood with the disrespectful and horrendous “Artemis Fowl.” I braced myself for bitter disappointment.

But I found myself pleasantly surprised. After a fantastic theme song and a beautiful title sequence, the first two episodes of “The Mysterious Benedict Society” introduce us to Reynie, Kate, Sticky, and Constance, four orphans who take a series of increasingly unorthodox tests that they believe will offer them the chance to go to the prestigious Boatright Academy. However, the children soon discover that the tests they take (ranging from word puzzles to navigating a maze) were actually crafted to find suitably gifted children for a secret mission.

The tests are conducted by the brilliant Mr. Benedict. Other adult members of Mr. Benedict’s team include Mr. Benedict’s imposing guard, Milligan, and Mr. Benedict’s assistants, Rhonda and Number Two. As Mr. Benedict explains, he and his team are attempting to put an end to the “Emergency” — essentially, a public crisis in which everything feels hopeless and out of control. The children are needed as Mr. Benedict’s secret agents at the heavily-guarded school on Nomansan Island known as the Institute. There, the messages are transmitted via the radio, TV, etc… to be later absorbed by the masses, with the exception of people like Mr. Benedict, his friends, and the orphans, who have resilient, truth-seeking minds.

The parallels to the rise of misinformation and our collective sense of hopelessness make Stewart’s book (published in 2007) seem eerily prescient, and showrunners Phil Hay and Matt Manfredi hone in on the importance of truth and empathy in a fractured world. It’s an admirable goal, and I’m looking forward to seeing how these themes will be furthered.

By and large, the ensemble cast gives strong performances. Tony Hale, who plays Mr. Benedict, pulls off the quirky and heartfelt aspects of his character, although there are moments where he slips into sarcasm and evokes Gary Walsh. The rest of the adult cast is similarly excellent, with Kristen Schaal as Number Two and MaameYaa Boafo as Rhonda as standouts. Like the adults, the children who make up the Society are also pretty good. I’m especially enjoying Marta Kessler (who plays the stubborn Constance Contraire) and Seth Carr, whose nervous mannerisms convey Sticky Washington’s tepid nature.

With that said, there are several characters that I take issue with, and here I must clarify the distinction between “disliking a performance” and “disliking an interpretation of a character.” I’m referring to Ryan Hurst as Milligan, Mystic Inscho as de facto leader Reynie, and Emmy Oliveira as the fearless Kate Wetherall. While all of them do well, the characters that they are given to play reduce their complex book counterparts to more one-note roles, which can make them come off as flat. For example, in the novel, Milligan possesses a sad and muted personality, which is central to his character; in the show, we are treated to his imposing nature more often than his depressed disposition.

Likewise, Inscho is called to play Reynie as the smart, compassionate leader of the Society, but the Reynie from the novels also struggles with loneliness and fear; there are glimpses of these insecurities that Inscho delivers effectively, but he’s too often saddled with the role of “straight man.” For her part, DeOliveira is called to be more headstrong than she is in the book, which makes her awfully brash and lessens her softer side — Stewart characterizes Kate as positive and hopeful, as the very heart of the Society. In either case, these characters are slightly less nuanced than I’d like them to be.

I understand that the show is an interpretation, and it doesn’t need to adhere to the book at every turn. However, stronger writing and more specific direction to coax out quieter, more delicate performances would have allowed the audience to connect more with Reynie, Kate, and Milligan.

The show’s unfortunate tendency toward the obvious extends to how the Institute is portrayed, too. Although the sets and cinematography are quite pretty (most often echoing the aesthetic of Netflix’s “A Series of Unfortunate Events”), the show works too hard to signal to the audience (and characters) that the Institute is a bizarre, sinister place in the second episode. In an attempt to establish mood and atmosphere, the show bludgeons audiences over the head with weirdness when less is more.

I fear that I’m sounding too critical when I really did enjoy these first two episodes. Thus far, “The Mysterious Benedict Society” is an engaging, funny show (that’s another thing — much of the comedy lands) that kids will likely enjoy. Little details ripped from Stewart’s pages (Reynie’s mismatched socks, being bullied for using the word “enjoyable”) and scattered throughout the show are very, very sweet to see. These details illustrate that “The Mysterious Benedict Society” possesses the most important quality of an adaptation: care for the source material. Unlike other adaptations that butcher the material until it’s recognizable in name only (“Artemis Fowl”, “Percy Jackson”), this show appears to have some respect for the book. Or, as Stewart’s novel might say, an unusually powerful love of truth.