“Don’t Try to Understand it. Feel it.”

It's hard to know where to begin with this one. So, I suppose I'll just start from the beginning. Tenet, the latest from writer/director Christopher Nolan, is a polarizing high concept Sci-Fi action spy thriller about mind-bending, time-bending inversion tactics and how that relates to the end of the world is a high octane, brain melting thrill ride that will leave you reeling long after the credits roll. We start at an opera where a terrorist attack, presumably, is to take place and an undercover agent known only as "The Protagonist" must secure a high value target, save the audience from several pipe bombs, and flee the scene all while maintaining his cover. This scene is known as the prologue and can actually be viewed online via YouTube. Once we get through the prologue, we're given a taste of the high concept Sci-Fi twist which involves the inversion of time. Now that we've barely scratched the surface on this puzzling premise, let's dive into the wild world that is the mind of Christopher Nolan. 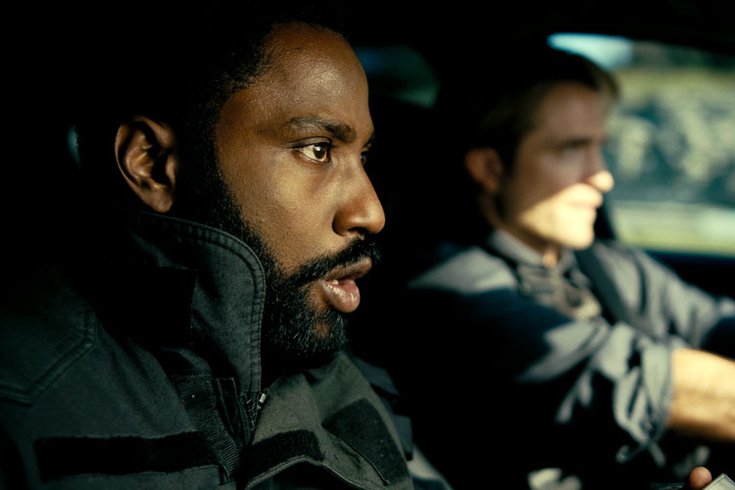 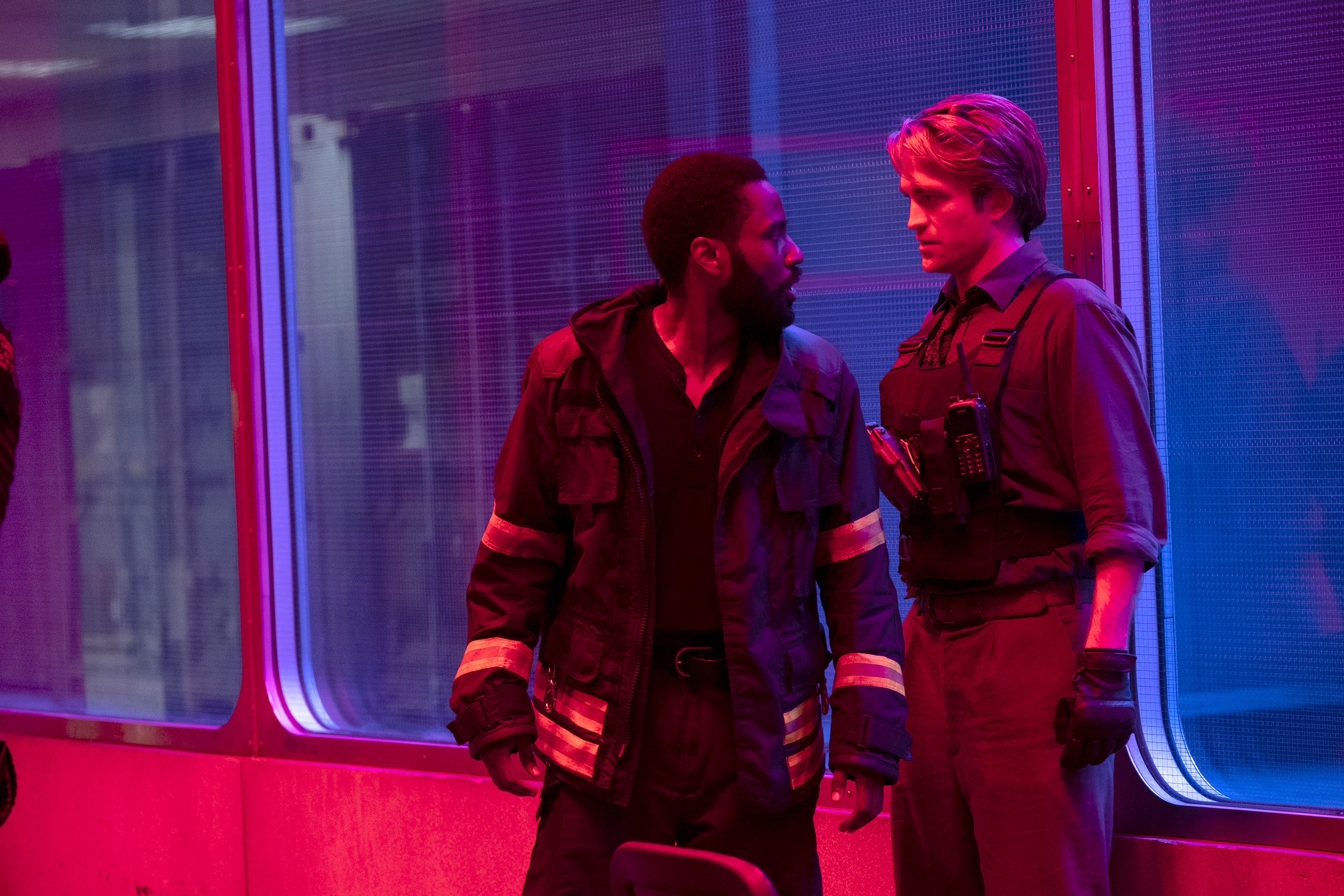 The screenplay is a very interesting aspect of the film to dive into. On the surface, the premise is sure to attract large audiences, right? Not so. But, thanks to COVID, nobody was really able to go out and see it as intended. Whether you agree with him or not, it is admirable that Christopher Nolan wanted to be the one to reopen theaters with his film - which greatly benefits from being on the biggest screen possible with the best speakers possible. But, as high concept dictates, it's something that you can explain to someone in a couple sentences or so, and they'll be in on the premise. All I had to do was see that it was written and directed by Christopher Nolan starring John David Washington and Robert Pattinson and I was in. But, for others, they might need to know exactly what they were getting into. The inversion of time aspect was not just a trick or a gimmick to get you in and dupe you into a dumb experience. On the contrary, the inversion of time tactic serves the plot very well and serves up a bunch of brilliant plant & payoff moments that will leave you gasping. Especially on repeat watches, this leaves breadcrumbs and aha-level Easter eggs - which are always fun for films of this kind. One of the primary issues with the screenplay, I will say, is that a good bulk of the dialogue is exposition. In defense of that, with a concept this confusing, it is almost necessary that a lot of it needs to be explained to the audience. Most of the time the dialogue does work in favor of the film, but there were times where Nolan attempts comedy which doesn't totally land. But, there is much needed levity in his films where they can be cold and distant. This was Nolan's version of a Bond film - and we all know those tend to feature memorable (or not so memorable) one-liners. I believe this is what he was going for - even if it doesn't entirely land all of the time.

The film's main strength, in my eyes, is the editing. Jennifer Lame does a terrific job of editing the action sequences to make them flow smoothly and legible for the audience. We always have our bearings, we know where we're at and what's going on - which I feel is the most important aspect of action films. What's most impressive is that she was given the near-impossible task of editing the film so that seamlessly we can see protagonists and antagonists going forwards and backwards simultaneously. It was amazing to me that she was able to make fight sequences, battle scenes, car chases, and so many other things so legible all whilst having people be moving forward in time and inverted concurrently. Now, here's where the criticism comes in. There were times where it was noticeable that there were hiccups in the editing and there were some instances of very basic shot/reverse shot that felt vanilla and did not serve the film very well. The aspect ratio changes between the IMAX camera and the normal camera were distracting for me as well upon rewatch. However, I do feel that the primary concerns lay with the tense action sequences and the inversion sequences - and so therefore, they were willing to let some of the humdrum or equilibrium scenes go by the wayside, so to speak. I cannot hold it against the film too much, as I feel that the action and inversion sequences are well worthy of awards conversation. 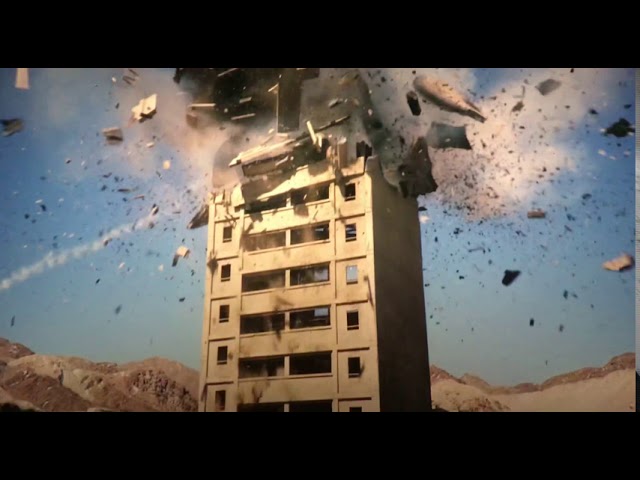 The visuals in this film are astonishing. As is with most Christopher Nolan films, they certainly have the money to spend on incredible, noteworthy, and realistic-looking visual effects. That much is never in question. However, the visual effects here are done in such a way that they aren't even noticeable. When they can disguise them as practical effects or otherwise, you know they're doing something right. I feel I have to point this out because whenever I'm watching a cookie-cutter blockbuster film, I can usually identify visual effects or green screen because it's glaringly obvious. This is not at all the case with Tenet. Hoyte Van Hoytema's cinematography on display here is also smooth, crisp, and clean. Very few cinematographers can pull off capturing action like he did in this film and present it so clearly. It's my understanding that they also crashed a real plane for this film. That's something that is just simply unheard of nowadays. Granted, Nolan is absolutely the person they would allow to do this, but still. I believe this is something to be commended. Most would have opted for the CGI plane to be crashed into the building. Not Christopher Nolan, evidently. Oh, and as far as awards consideration is concerned: this is all but a lock for Best Visual Effects. Mark my words on that fact.

I must point out here that the pacing of this film is picture perfect in my eyes. The film never feels like it's going too fast that you'll get whiplash or something. But, it never slows down to the point where it feels dull or that it's losing you as an audience. There is always something happening and it's fun, exciting, or tense every minute, every step of the way. The opening Opera siege sequence is a perfect attention-getter. Nolan has always known how to start a film - this is no different. Something I felt was exceedingly interesting was that the middle third of the film (if you want to split it into thirds) is a palindrome. Just like the title! The middle third of the film is the same forwards as it is backwards. I think that's just amazing. Also, when talking about brilliant structure: at the midpoint of the film, it really takes a turn where the inversion twist is concerned. For studiers of film and screenwriting in general: this is just catnip. In addition, the film also finishes as a circle. This is increasingly evident upon rewatching (did I mention that the film greatly benefits from a rewatch?). The structure of the film, I might have mentioned, also plays like a Bond film. Christopher Nolan was always rumored to write and/or direct a Bond film, so this was his way of making one, but with a high concept Sci-fi twist to it. It has all the beats, set pieces, and tropes that any Bond and Nolan fan will love. This film features some of the best directed action you'll see all year, and the best of Christopher Nolan's career. *SPOILER ALERT* The ending also brings the film full-circle - when you listen to the dialogue closely and especially if you buy into the fan theory that Neil is Kat's son. And pay attention to the charm on his backpack! 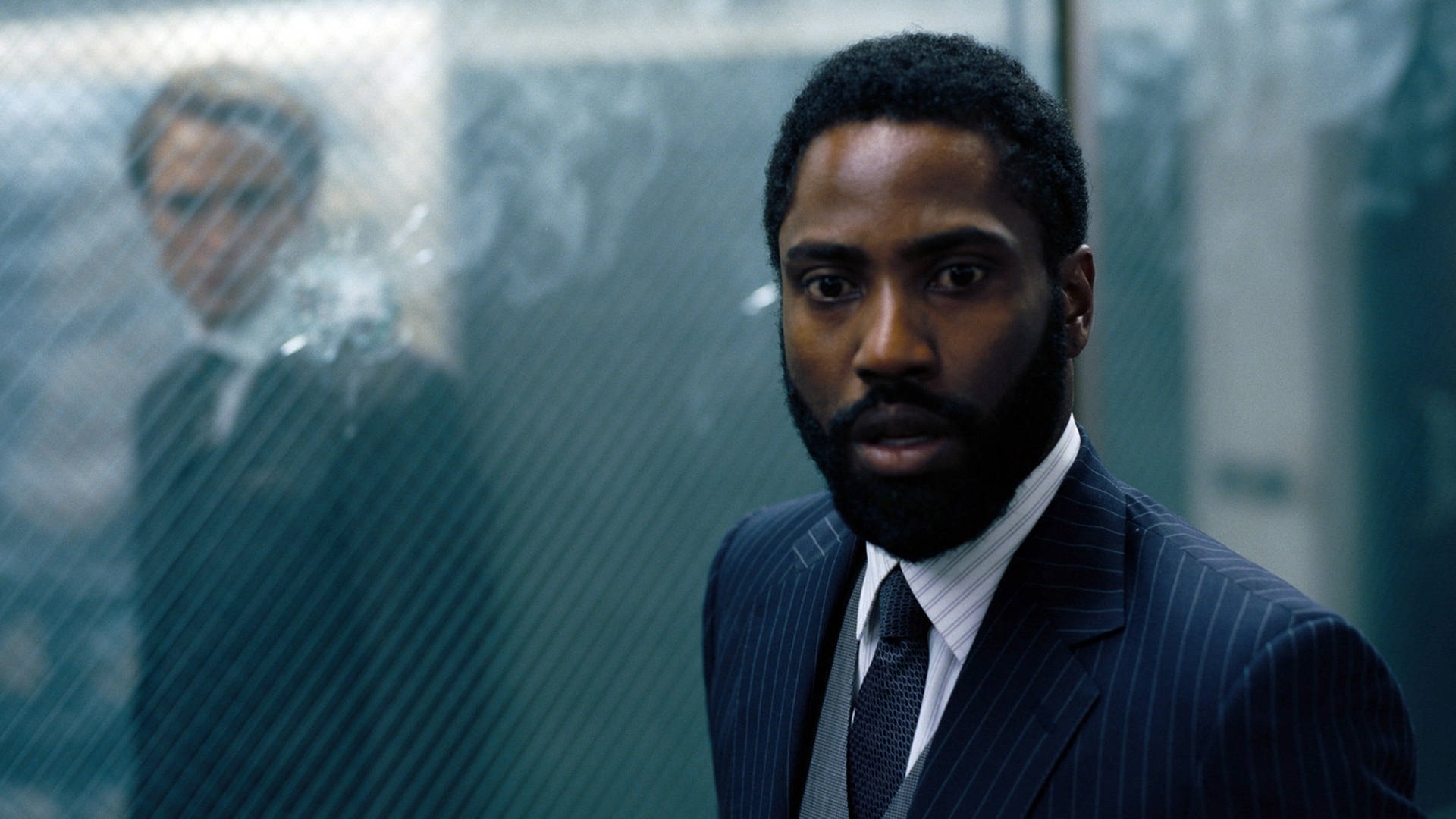 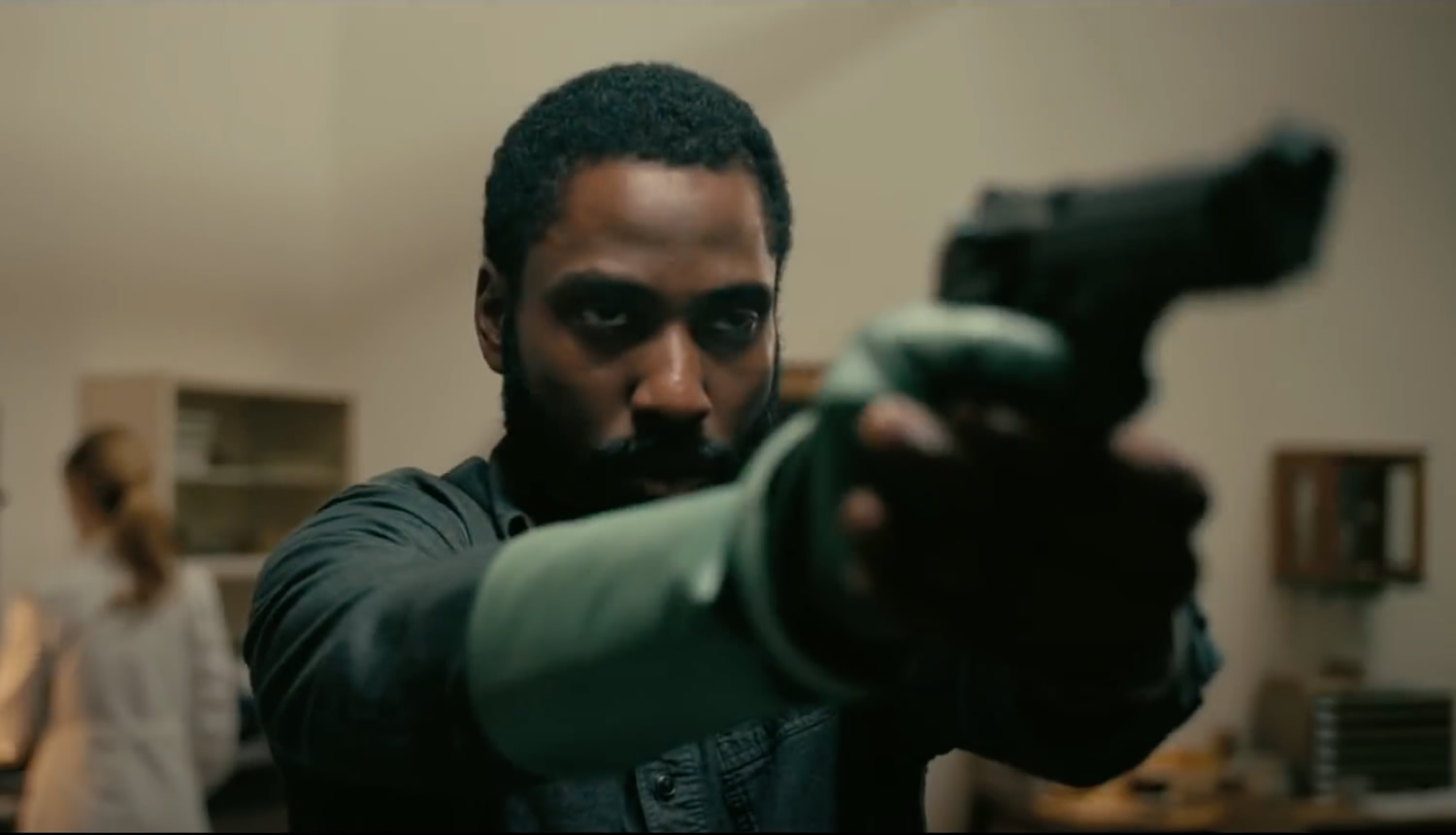 As I mentioned before, there are some hiccups in the film where the editing is concerned. It's so noticeable to the point where I'm going to dock it significantly. Not to mention, most of the dialogue is exposition, but I've already granted it somewhat of a pass for reasons I've already stated. In addition, some of the comedy doesn't land for the film - but I know it does work for some people. Christopher Nolan is not known for his comedy, but rather, his heady themes. The positives are many, and where it hits, it really packs a punch. The high concept Sci-Fi twist is one of the most confusing, but best execution you'll ever see in a film of this type. The action, some of the best you'll see all year and ever as far as Nolan's career is concerned. The film's editing is just next-level. The visuals, cinematography, and visual effects are mesmerizing. John David Washington and Robert Pattinson give the film its much needed charisma, Elizabeth Debicki its emotional heart, and Kenneth Branagh its over-the-top, Bond-esque action villain touch. Add all that together and you get a remarkable, thrilling, and visually spectacular mind-altering journey you may ever experience.

Message me directly or leave a comment below for my rating scale.

Tenet is a Warner Brothers film and therefore will be on HBO Max, if it isn't already. It's also now available on Blu-ray, DVD, 4K, and digital copy.