Food For The Soul

Pete Docter has done it again. The writer/director of Inside Out has now created an introspective, contemplative existentialist animated drama that literally explores the nature of the soul. Pixar's Soul is a hilarious, heartfelt, and existentialist on one's own purpose in life, place in the universe, and a reflection on how to live out one's passions while maintaining a healthy hunger and thirst for life. The message is clear, and although cliched, it actually hits different in this film. The film actually makes you re-evaluate your life: how you're living it, if you're living it well, and if you're helping to make it a happy experience for those around you as well. Coupled with beautiful animation, the film works on multiple levels. It not only nails the existential drama, but it also succeeds as a visually spectacular kid's film as well. If there's one thing Pixar has gotten right over the years, it's that they have mastered children's film while making it fun and entertaining for adults as well. Now, let's dive into the strengths of the film. 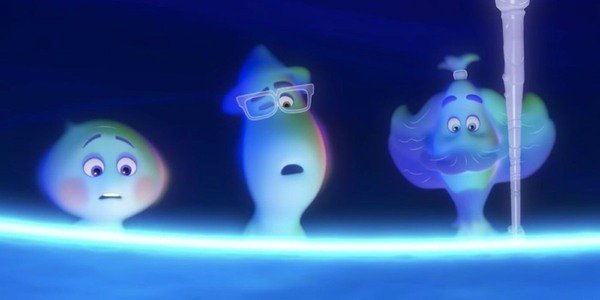 The Themes and Message

It will come as a surprise to no one that I loved a film about pursuing one's passions in life. Something I have always supported and will forever continue to support for the rest of my life. But, this film is actually about way more than that. One of its primary themes and messages, yes, is to chase that dream and never let go until you have achieved it and beyond. Equally as important, the film also tells us that we should not shame others for not having found their passion in life yet. We should always support each other no matter what, and help guide others to what their passions might be. The film not only tells us to do these things, but also once we have attained those goals, if we ever do, is to continue finding what makes us happy in life. Enjoy the little things. Chase the highs of every day life. Never lose your passion for simply living. Inspiration comes from anywhere, and anything.

The film also wants us to explore who we really are as people - what makes us tick. What we want to do when we wake up in the morning, what we are made up of personality-wise, and how this affects our interactions with others. What we give to this world, and what we take from it. There is a pivotal moment in the film which our protagonist, just before the climax of the film, comes to a huge realization - he knows what he must do. Simple objects that would otherwise have no meaning, are contextualized and have a specific purpose. This part of the film is exactly the point they were trying to get across - and it's incredibly effective (and would have been even more so in a movie theater). As I had stated, these are themes and messages we have seen and heard done in plenty of other films before. While this might be overwrought, bland, or generic, I felt that it actually hit home for me here. The message was so well communicated in the context of the story and played so well with the themes that it didn't seem to matter to me, and I feel like I may have finally "gotten it" now, thanks to this film (and Pete Docter). 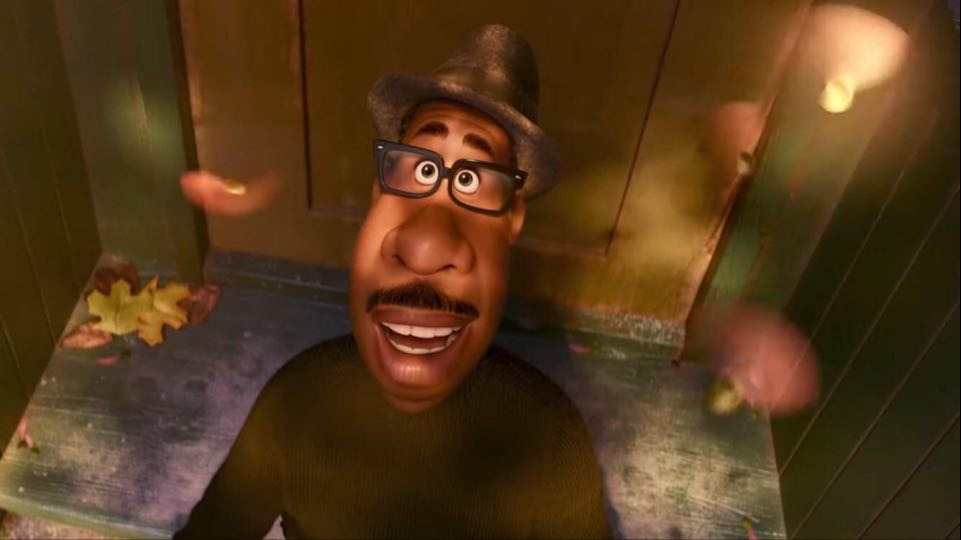 The Blending of Tones

Pete Docter perfectly blends drama and comedy throughout the course of the film. The script is cleverly written, and it's what carries the film all the way through. The film has clever, witty, and hilarious jokes which are really meant for adults - most would go over kids' heads. But, at least they have the beautiful animation to keep them busy - and we'll get to that later. There are dramatic moments perfectly placed in pivotal moments throughout the film. These are huge character moments which are the heart, and soul of the film. We are so invested in Joe, the main character, his motivations, and the stakes are clear. Because of this, we are with him and we root for him all the way. The film does need moments of levity considering what type of film this is - and there are, and they're very well-placed. Thanks to the deftly blended tones in the film, it is not only entertaining, but it is emotionally arresting and thoroughly compelling every step of the way.

There are times in which the animation is not as tip-top as Pixar films usually are. And while that might have been a little disappointing to me, I was still so invested in the characters and the plot, that it didn't entirely matter. On the flip side, there are moments that are actually brilliant and visually spectacular. I would say that the moments on "Earth" are the best. The animation here is stunning and it's hard to say lifelike, but it's the closest they've come. What I wasn't entirely impressed with was the animation while in the Great Beyond or at the "Great Before" or even "the zone" for that matter (by the way, nice Stalker reference, Pete). Aside from all that, there are visually dazzling moments in the film, especially when Joe is really "feelin' it" while playing piano. These are my favorite moments, and they're the best. However, I do want to point out, there are a couple visually hypnotizing moments when Joe is in the "Great Beyond" - so don't get me wrong. Of course, the visuals aren't everything - they still need to keep us interested in the story, and our protagonist - and they do with flying colors. 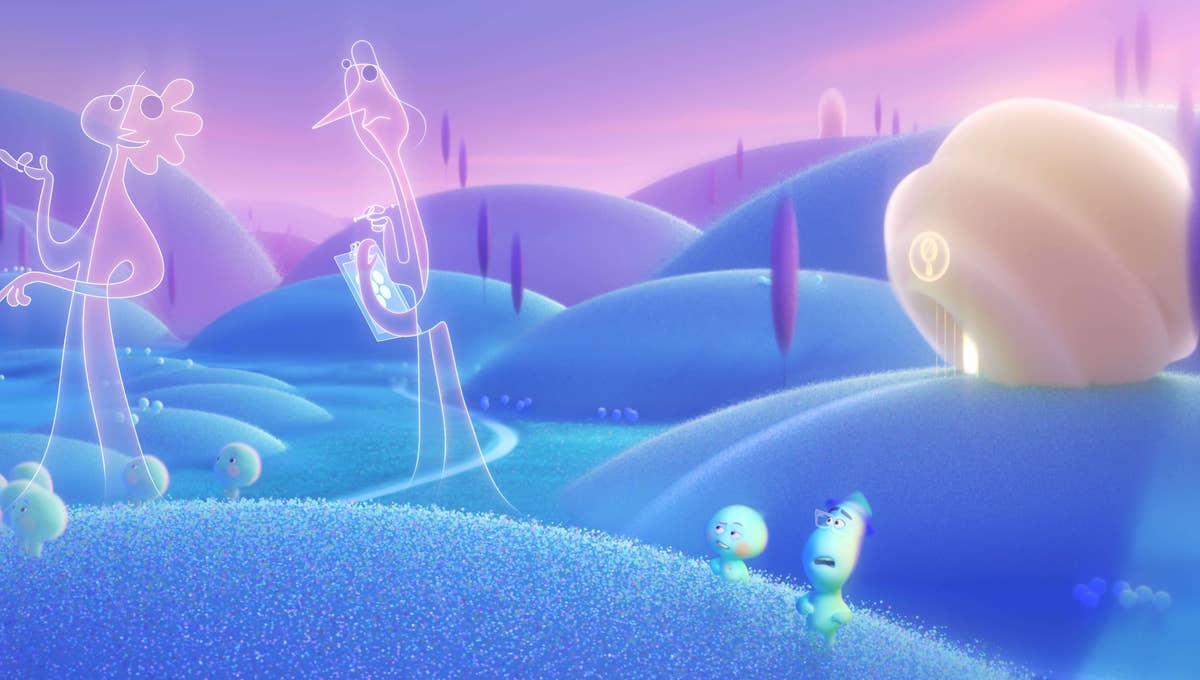 Trent Reznor and Atticus Ross are most known for their collaborations with David Fincher (probably most known for Nine Inch Nails). As far as their film scores go, they are most known for their Oscar winning score for The Social Network, but they have been nominated for other Fincher collaborations as well. Also notably, they had a great and effective score for the Watchmen HBO series. So, when I saw that they were going to be the composers for Soul, I was skeptical. Obviously I know they are immensely talented, but this was going to be a huge detraction from their previous work. I wasn't sure they were going to be able to pull it off. To merely say they pulled it off is a massive understatement. The jazz music is wonderful and fun, but most notably, what really shines here is the mind-blowing piano work. Whenever Joe is playing the piano, it absolutely dances off the screen and reverberates through your speakers. The piano work at play here is absolutely dazzling and spectacular. It's no wonder they swept the critics awards across the nation. Reznor and Ross have jazzed their way to another Oscar nomination, and very likely another win. 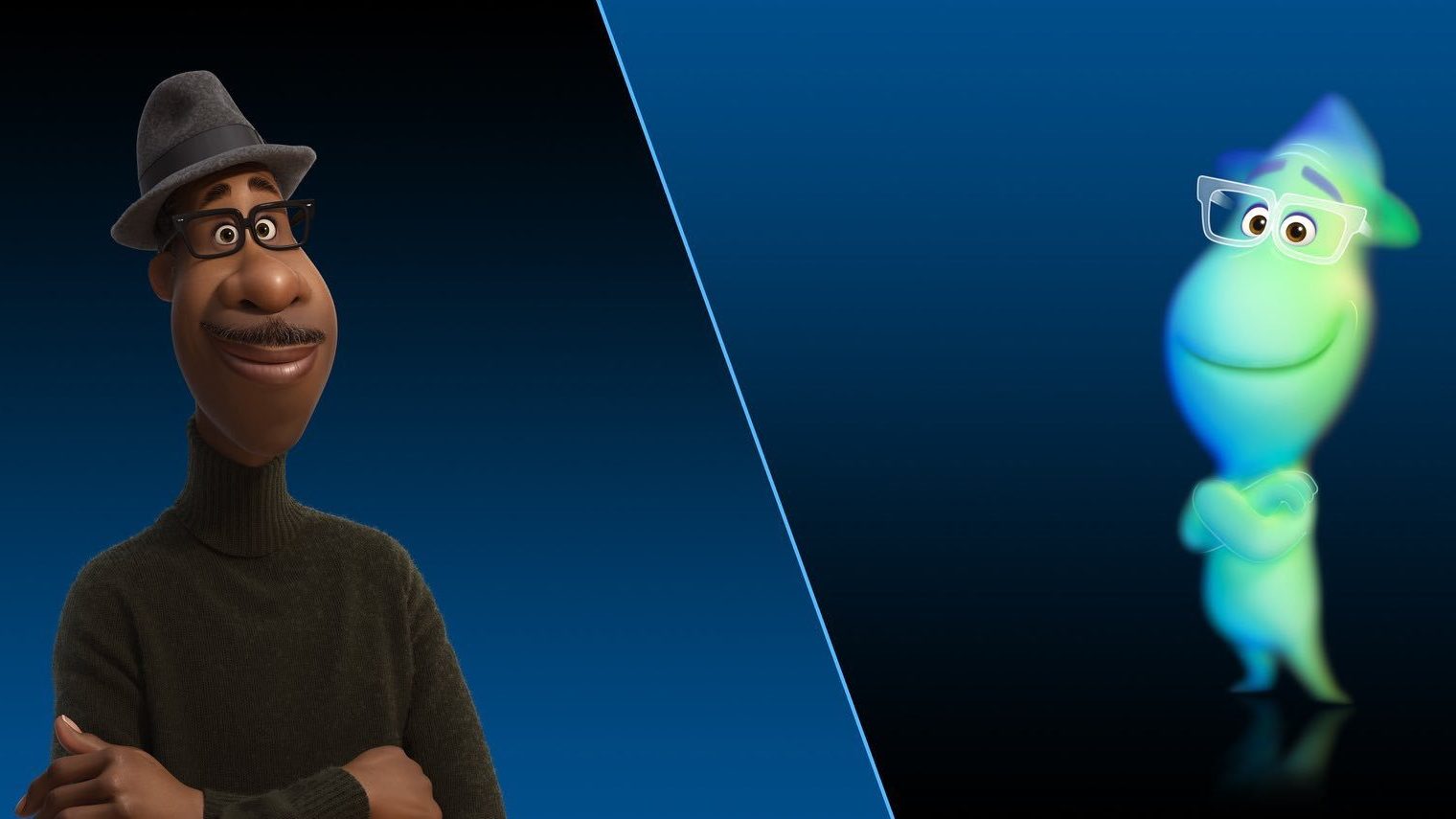 While the film certainly may not be perfect (there's no such thing), Soul works on so many levels that it really doesn't matter at all. You'll be laughing, having a great time, and thinking so much about the themes and the message that you'll barely notice, if at all. The film does drag a little bit at times, though it's wonderfully paced. There are a couple moments where it feels like it does stumble narratively, but it's not a huge deal. Also, I just couldn't help but think that I was so glad that Pete Docter was able to see his vision for this come to life in such a beautiful way. The film is so thought-provoking, hilarious, and propulsive that it hardly feels like there's any down time at all. Joe is such a great, deep, and layered character - and '22' at his side is thoroughly entertaining. The film does know how to ramp up the conflict when it seems like Joe has it in the bag, even though sometimes it's done in relatively predictable ways. The flaws are so few and even further between, it's highly unlikely you'll feel any at all. Soul is such an inspiring, feel-good, and awe-striking journey that is going to be one of the best films you'll see - and you can even enjoy it with your kids, if you have any. I had described this film as "life-changing" on my quick little review on the film app 'Letterboxd' - and while this might seem like hyperbole, it literally made me want to change my life afterwards. The message had stuck with me like it had never before with previous films. And I think this is to be commended, and recommended to all. I knew that this was going to be one of my most anticipated films of the year, as Inside Out is my all-time favorite animated feature film, but it honestly shocked me how much I loved it and is a serious contender for my favorite/best of the year.