Did you know that Crunchyroll – the premiere anime streaming service for western audiences for those who have no idea what I’m talking about – started releasing original content? Like, within the last few months? Well, seeing as this is a rather one-sided review and not a Socratic debate (though feel free to comment otherwise), I’ll stick with that I didn’t learn about this development until about a week ago when I discovered that my old account from 2017 was still active. 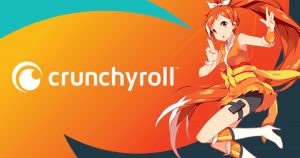 Once I was on, I saw they were advertising their first original series; a Mesoamerican mythological adventure story called Onyx Equinox.

So, after spending my Saturday watching all 12 episodes in three sessions (I do need a break now and then while binging), I think Onyx Equinox is better than the similar Blood of Zeus. That said, I’m not saying it’s expressly good either.

And you know what? They’re goddamn interesting. Not just that but the whole culture around these gods and the people who inhabit this world. Now, just as a disclaimer, I know next to nothing about these mythologies and their pantheons other than knowing Quetzalcoatl is a thing, so if something isn’t accurate to myth I wouldn’t know off-hand.

While Onyx Equinox plays the right move focusing on the human side of the story at first (at least, on paper), it’s when the machinations of the gods move from behind the scenes to the forefront – around episode 8 is the turning point – that the show started to click with me in earnest. Their side of the narrative added an interesting dimension to the story. Like, interesting enough for me to recommend the show to people and watch a second season if it’s greenlit, even with the flaws I’ll get into later.

Now here’s another thing. The mythology and all it offers wouldn’t hit as hard if this wasn’t animated. Befitting a group of mythologies that take a large stock on blood sacrifices and blood magic, the animation brings the mythologies to life in the most bloody and metal way possible. Just as one example out of so many, one of Tezcatlipoca’s most memorable scenes was when he appears to his emissary Yaotl as a towering golem of fresh jaguar carcasses still dripping blood and viscera. Honestly, you have to see the representations of the gods and their monsters to fully appreciate how the animation brought them to horrifying and awe-inspiring life.

That said, the animation isn’t perfect. If I could sum up my thoughts on the animation, I’d say imagine The Legend of Korra, but if everyone was constantly bleeding and it was made on a smaller budget. In other words, not bad by any means, but not the best either.

Now, by this point, I should mention the story side of Onyx Equinox S1, which to me was one of the weaker aspects of the season.

The narrative starts when Mictlantecuhtli, the god of the underworld, decides that the best way to survive the oncoming blood drought is to start stealing the blood sacrifices of the other gods. Befitting a major god, this involves sinking whole cities into the Underworld. Tezcatlipoca and Quetzalcoatl end up coming with two options to head off Mictlantecuhtli before his blood crusade can proceed further. On the one hand, Tezcatlipoca advocates wiping out humanity and starting over for the fifth time. On the other hand, Quetzalcoatl advocates closing the 5 portals to the underworld, thereby cutting Mictlantecuhtli off and saving humanity. They decide to make a wager to decide; Quetzacoatl will pick a champion, the “lowest of the low”, to close the portals by the next equinox (aka the next new moon) and prove humanities worth. The winner gets the blood sacrifices of the other.

Quetzalcoatl ends up picking Izel, a 12-year-old slave driven to suicide over the ritual sacrifice of his sister the previous day, as his champion. Yaotl, the dutiful and angry emissary of Tezcatlipoca is then given the task of watching over Izel (and to make sure Quetzacoatl doesn’t try to cheat). As Izel and an impatient and churlish Yaotl progress from portal to portal, they pick up a group of teenage allies to aid in their quest to save humanity through the power of friendship.

Now, I’m going to be up-front about this. It took me a while to fully get into the human story. If the previous paragraph doesn’t clue you in, this is a pretty stock version of the Hero’s Journey in a Young Adult framework. As they moved forward, nothing surprised me. It was like I had seen this same narrative play out in many other stories, and more effectively to boot. Even by the end, when these characters started to get interesting, I couldn’t shake that familiar feeling.

Really, the key distinguishing feature with this YA story, other than the mythology, was just how dark they would go. Let me put it this way; there are a non-zero number of breaking moments for Izel that involve watching a full-on massacre happen that he’s helpless to stop.

One other thing I should note when it comes to the story. Compared to the very similar Blood of Zeus S1, I think Onyx Equinox S1 has a better, though still not perfect, sense of pacing. Unlike Blood of Zeus, the pacing of Onyx Equinox is pretty linear, with the first half of the season or so devoted to closing portals while building the squad. It’s just that it takes a while to get to the god drama, which is the real interesting shit. Also, it’s only in those last 4 or so episodes we see sizable character growth. While the fact we get growth is never a bad thing, the degree of the growth in the amount of time it happens is whiplash-inducing, especially in regards to Yaotl.

Lastly, it didn’t help that I found Izel annoying. Sure, I understand he’s still grieving for his older sister and that he’s nothing close to a warrior when Yaotl saves him from his initial suicide attempt. That said, it doesn’t change the fact a few episodes of whining and being the Frodo (aka a Chosen One whose only purpose in the group is being the Chosen One, regardless of agency or utility) can bug the hell out of me, let alone well over half the season. Sure, he finally learns to stand up for himself and become humanity’s champion, but man the getting there was rough.

Also, no offense to Olivia J Brown (the voice actress for Izel), but her voice and Izel’s personality together nearly killed the show for me. Every time he’d speak it felt like fingernails gauging a chalkboard in my head, especially when he was excessively weepy or whiny. If I had to make one change for season 2 (besides tossing the YA story elements aside), it would be that between seasons Izel hits puberty just so his voice can be less grating.

This antipathy towards Izel was another reason why the emerging drama of the gods (and to be perfectly frank) saved the show from mediocrity. Cause, you know, less Izel and more Mictecacihuatl.

Speaking of Mictecacihuatl, her story was the true narrative highlight of the season. Her tale, from her human birth and sacrifice to fully growing into godhood and womanhood, was both compelling and tragic. You can easily buy why she’s trying to play the gods against each other not only for vengeance but for love and independence. If it weren’t for the fact that she’s a monster, she’d be the perfect protagonist in any other story. For now, I’m content with her playing a central role in the ongoing narrative.

So, to wrap up my thoughts on Onyx Equinox S1, it shines when the focus is on the unique and interesting mythology of the Mesoamericas, but is held back from outright greatness by saddled with a pretty basic YA story that it can never fully shake.

My Recommendation: Recommend with Caveats