We live in a weird time. In an age when a Sofia Coppola film is no longer an event to be celebrated, necessarily. Instead, her film is dumped on Apple TV+ without a second thought, and everyone barely noticed.

In any case, Sofia Coppola has written and directed a new dramedy film entitled On The Rocks starring Bill Murray and Rashida Jones. The general premise is that Laura (Rashida Jones) is battling writer's block and motherhood all while suspicious her husband might be sleeping around on her. Her smarmy father (Bill Murray) offers his helping hand as they sneak around New York City, and other tropical locales, to follow her husband to see if their suspicions can be confirmed. The funny set-up does deliver on its promise that, yes, Bill Murray has still got it. That it, is, of course, comedic chops. 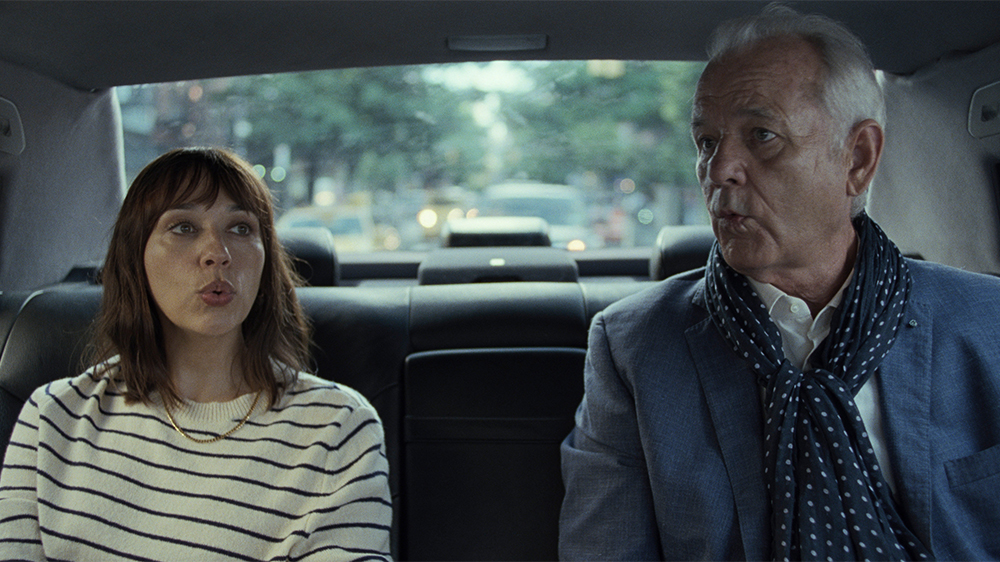 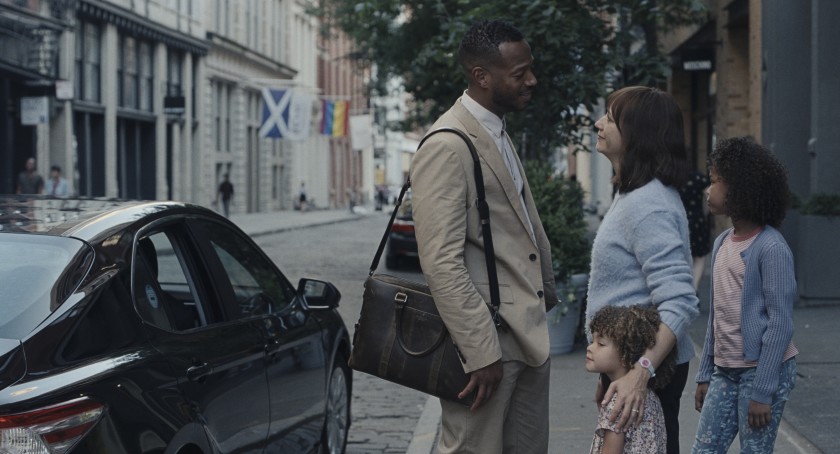 What I found to be most interesting about the film is that most of it seemed to be using natural lighting, as opposed to synthetic or artificial lighting, at least, in the beginning. As the film went on, it still had a down to earth, naturalistic and realistic feeling to it. Not too flashy or showy in any way. The fact that we were peering into the actual lives of Laura, her father, her husband, and her daughters' lives was a particularly strong aspect of the film I felt was effective and came from a genuine and heartfelt place. It never felt as if I was in a movie; rarely was I ever taken out of it. What added to this was the awkward, realistic dialogue. It opts for how people actually talk instead of constant quips, wittiness, or clever one-liners. This can either help or hinder a film, depending on how it's done. In the case of On The Rocks, Sofia nails this more often than not. Bill Murray is typically the deliverer of said lines, if there ever were any. I enjoyed the real life conversations as opposed to clearly scripted lines; this was a refreshing departure from what we're typically fed. Sofia also captures what it's like to be "onto someone" when you suspect infidelity. She captures this well from Laura's perspective, often times subtly.

One of the best parts of the film was Jenny Slate as an annoying fellow mother to Laura as she must endure unbearable conversations with her as they drop off their kids at school. This felt very lived in as Sofia has either experienced this or knows this world very well. It's very easy to sympathize with Laura as we've all either been there or can see her situation for what it is, and we do not envy her. Jenny Slate also performs this role very effectively. We have seen her in a leading role and as a stand-up comedian, so it's quite honorable to see her in such a smaller role; and she makes the most of her very little screen-time. It's also quite fascinating as these scenes can be written off as next to nothing, however, quite the contrary as what Jenny Slate is babbling on about is actually applicable to what Laura is currently going through in the story, or so we think. If one pays attention during these seemingly throw away scenes, it's plain to see that she's a foil to Rashida's character. 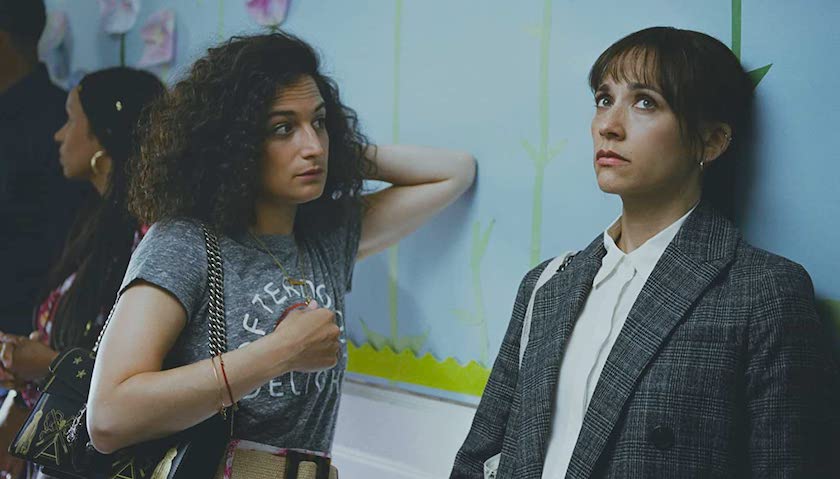 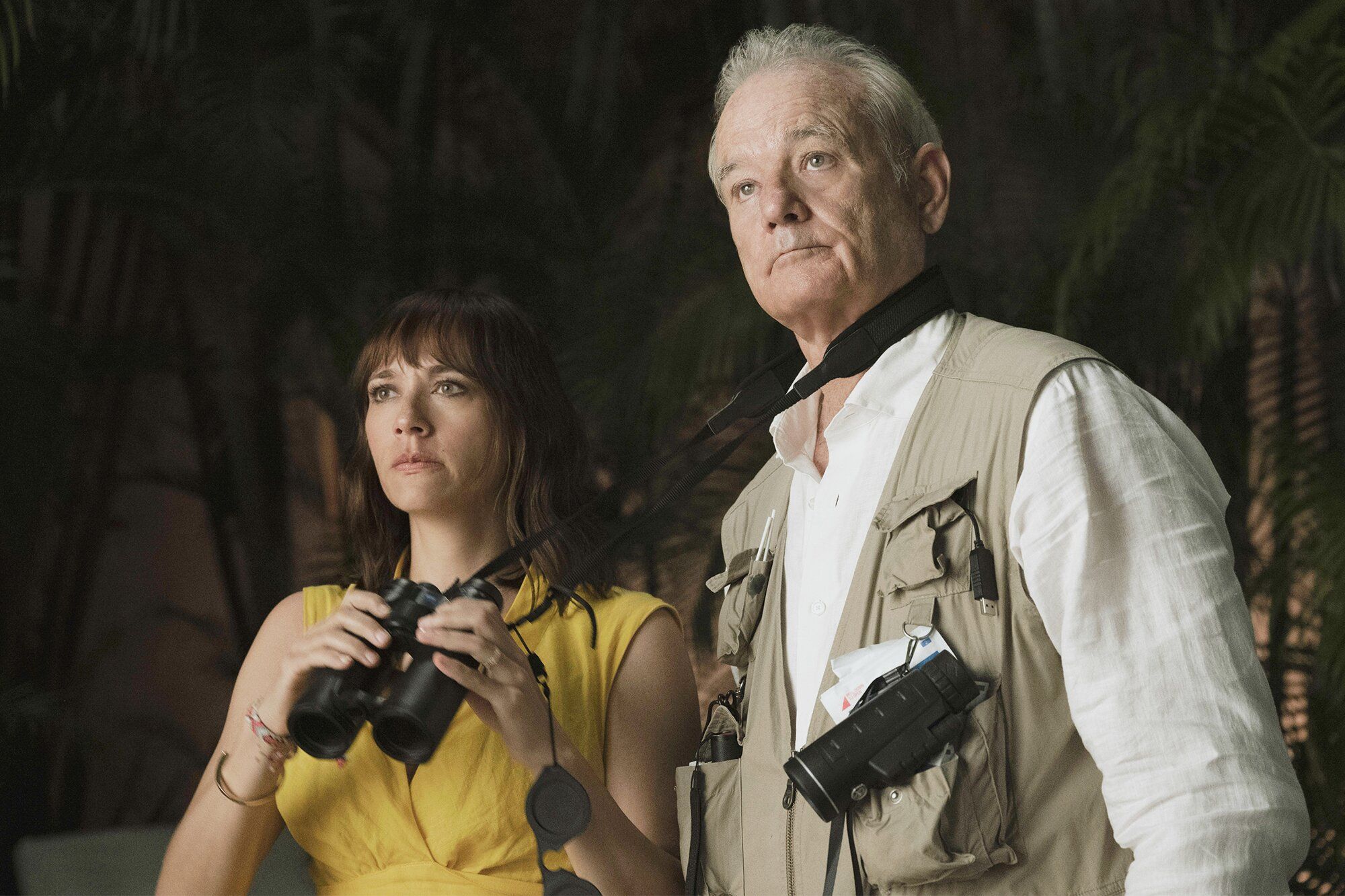 As stated, Bill Murray is a gem. He's as great as ever in playing Laura's faux playboy father. Jones and Murray have wonderful chemistry throughout as a daughter and father who want to maintain a relationship, but never quite got there. But, it's clear that they have a special relationship and you believe it all the way. There is a scene (minor spoiler) in which Bill Murray is pulled over by the police and it does not go nearly as one would expect, and it plays out in hilarious fashion. He basically plays the most interesting man in the world and there's no reason to doubt Bill at any turn. There are also scenes in which Bill Murray flirts in a quite smarmy demeanor, but oh so smooth - it's to die for. On the flipside, Murray and Jones do have a beautifully poignant scene together in a very real moment in an exotic locale. This works effectively for both characters in their development and for their relationship. It's exposition done right. Bravo, Sofia. Bill and Rashida get into hijinks throughout as they play would-be detectives in this typically played-out mystery, but it does not end up exactly as you'd think. (On the Rocks, with a twist?)

The twist does, in fact, play well and is executed nicely by Coppola. 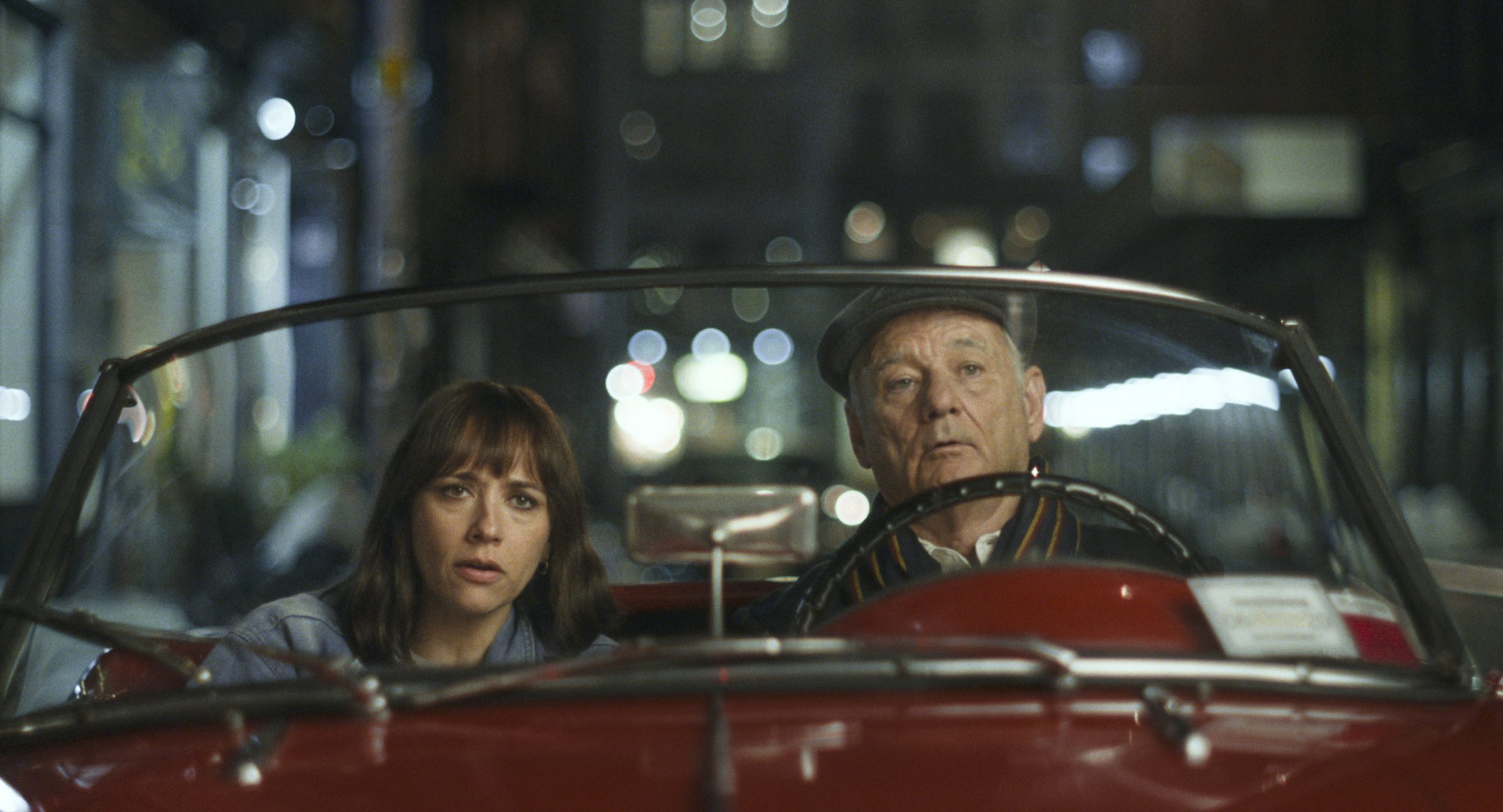 Unfortunately, it is time to be a critic. The dialogue-heavy nature of the film and the lackluster interplay between the husband and Laura doesn't always work for me. I didn't always believe their relationship, which is important, and almost a crutch, for the film. Although, it's important to note, Coppola does capture the parenthood and marital worlds well and often feel genuine. The ending does feel a little too nicely wrapped neatly in a bow for me to work completely. It felt as if we landed there too quickly and easily. It almost feels like a cop out, like a writer taking the easy way out. As a screenwriter myself, it seems to me as if an ending wasn't thought out and so this was written in just to satisfy the audience. It doesn't feel too rewarding for the audience, nor earned by the writer/director. To say the least, I was underwhelmed by it. Perhaps, this will satisfy other viewers, and I hope it does. It's never my hope to have someone feel let down by the ending and the film as I was, and I wanted to like this more. The best scenes are between Murray and Jones and she does let those moments shine through. The film is at its strongest when the marital troubles are given room to breathe and we get to revel in Rashida and Bill's fantastic chemistry.

Overall, it's a solid film that's good for a few laughs, a great Bill Murray performance, and is a nice, relaxing watch if you have Apple TV+. But, don't go rushing out to the theater or Drive-in for it. Or, at least, I wouldn't. But, do it if you're a huge Sofia (and Bill Murray) fan. It's hard for me not to say "go out to the theater" because when in doubt, you should always support theaters right now. And drive-ins! (article about that coming soon, by the way) (shameless self-plug). As a Sofia Coppola film, it features her signatures and is a decent addition to her filmography. Ultimately, it doesn't match up to her other efforts I've seen, but it's well worth the watch and is a warm blanket of a film which we all need right now.