A Slowburn That’s Worth Your Time

I say this because Nomadland is a film that is patient, unafraid to take its time, and is a cinematic treat for anyone who is willing to give it their time, focus, energy, and attention. Will this film be for everyone? No, absolutely not. If you're willing to go outside your comfort zone and take a chance on it, you will be rewarded. For those unfamiliar, Nomadland is a film adapted from the novel by Jessica Bruder, written and directed by Chloe Zhao, starring Frances McDormand. The film follows the story of Fern, brought to life by the always powerful Frances McDormand, who has recently suffered loss, unemployment, and homelessness, and must embark upon a journey to, in essence, start a new life, and lifestyle, for that matter. The film brilliantly tackles real, genuine, true to life, painstaking issues, while also taking in the subtle, natural beauty of the world around us. Let's dive into exactly how Nomadland was superbly made and why I had a profound connection with this film. 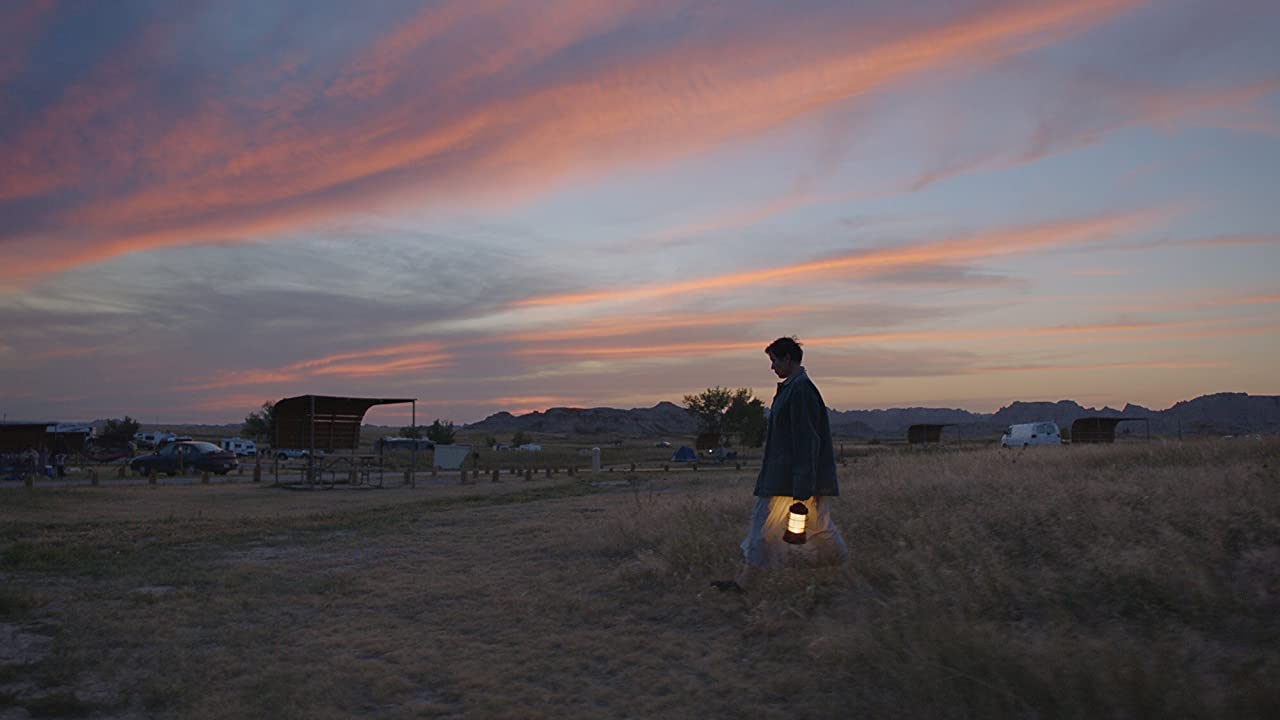 I felt the greatest strength this film had to offer was its genuine authenticity. This could go hand-in-hand with the direction of the film, so I suppose this is thanks to Chloe Zhao's assured, deft hand behind the camera. In any case, the authentic nature of the film worked so well in its favor. The film always felt so real, so down-to-Earth, so true to life, so grounded in reality. I absolutely loved this aspect of the film, and it's so strong, so captivating, and so compelling. Zhao always seemed to make sure that everything felt real from the characters, to the setting, to the locations. Each scene was so meticulously crafted to show the realness, the quiet, but brooding urgency, and we were always in the moment. It felt as if characters, actors, were handpicked by Zhao so that the people involved felt real and felt genuine to the situation. The authentic nature of the characters was so important - I never felt as if we were looking at actors or models on-screen, but rather, real nomads.

The struggles that Fern (McDormand) felt throughout the film were also palpable. You can see yourself in each situation, and you can see the likelihood of each plight she found herself in. We were always left to wonder, "would I have survived what she had to go through? Could I live like that? Could I thrive living that lifestyle?" The answer was always no for me, but I'm not crafty, outdoorsy, or resourceful enough. That aside, Zhao's direction ensured that we always felt like we were peering into the life of a real nomad, rather than Frances McDormand trying to act like one. The source material clearly must have been great, but I feel it's really Zhao's directorial choices which elevate this film above what any lesser filmmaker would have done with the adapted material.

The Cinematography is a primary strength of this film. In fact, so much so that I think it has a real shot at winning the Oscar. Much of the film utilizes handheld shots to highlight the genuine, authentic, and down to Earth nature of the film. Additionally, the film likes to revel in nature shots to shine a light on the natural beauty of the world around us. And these shots are purely breathtaking. Since the film follows Fern around so much, we do become cooped up and cozy with her throughout. Many shots give us the immediacy and the urgency of her situation. Not only that, but it also focuses in on the loneliness of her character despite the gorgeous backdrops. The natural locales and the sprawling landscapes not only give us that wide, broad scope of where she's at - showing the vast expanse of the wilderness definitely transports us to being right there with her. It is a lonely life, and the nomadic lifestyle can certainly bring loneliness; but it can also show us what kind of internal peace that can bring and puts us at ease. By its end, some of the symbolic, visual metaphor becomes more apparent and were very nice, subtle touches to bookend the film. Some brilliant camerawork is definitely put on display for us, but there's also some remarkable character work at play, which brings me to my next point. 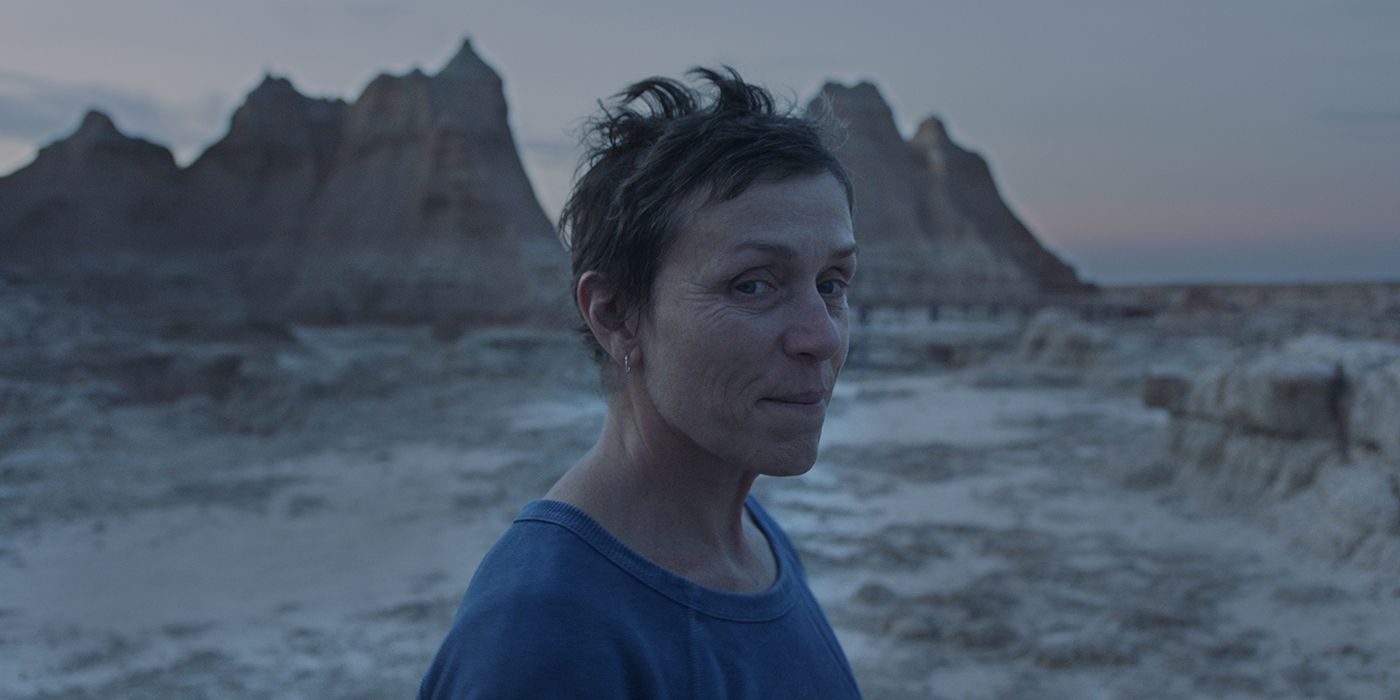 You might be surprised not to see Frances McDormand's performance as the strongest piece to this nomadic puzzle, here. And, of course, as I've alluded to before, she's always wonderful in anything and everything she finds herself in. That was never in question. Her performance here is just as great as all the critics and experts have been saying. There is truly some remarkable character work being put on display here through the writing, the direction, and her markedly effective and affective acting. McDormand really blends in with her chameleon-like acting here with her honest portrayal of Fern. It's not an easy role to bleed into, either. She had to wear grief like a badge of honor and move on with her life. Battling loneliness, the elements, and a challenging and taxing lifestyle she would have to eventually adapt to and overcome. McDormand does all of this with flying colors, and there's a slew of reasons why she is hovering towards the top of the Best Actress race. It's no wonder she's one of the signature actors of our time, and you'll certainly see her many strengths put to the screen in this intriguing, contemplative, earnest film. 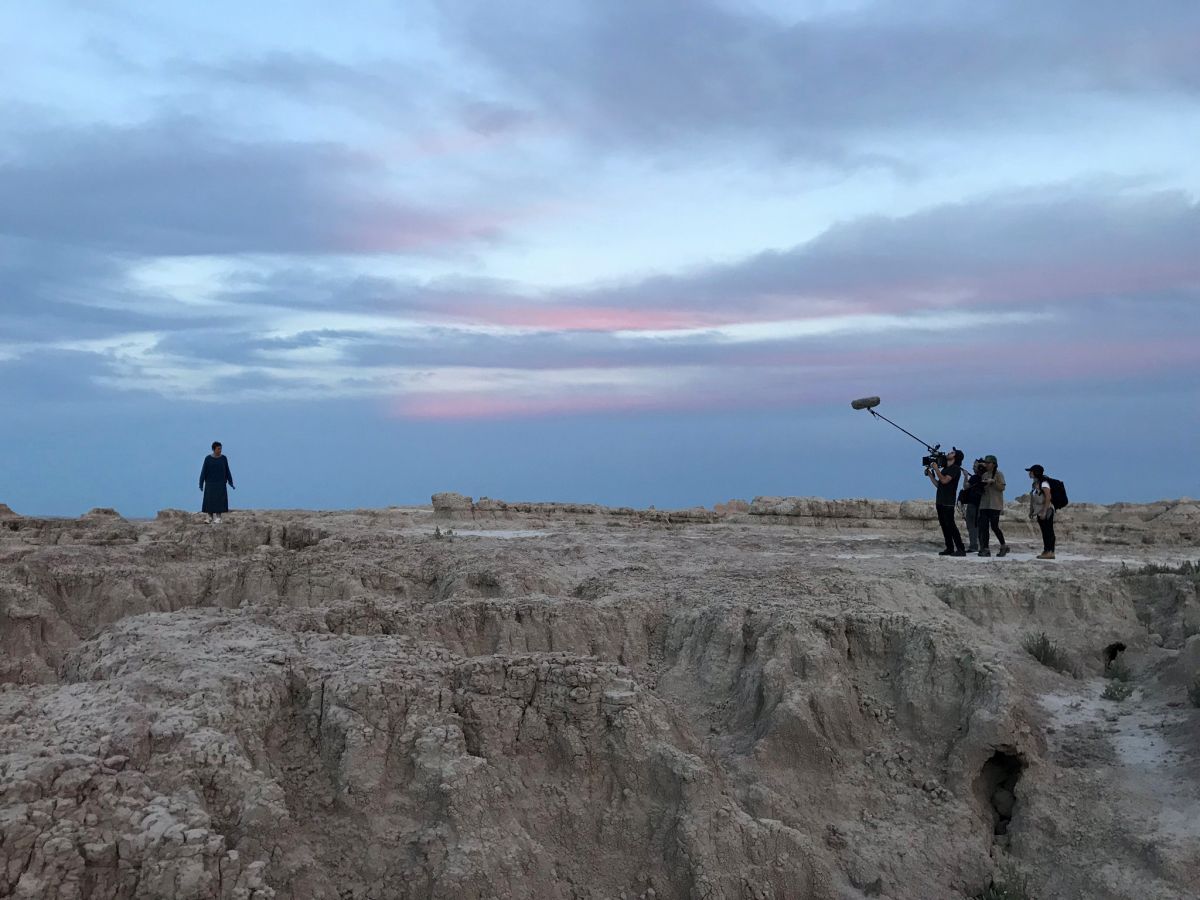 Nomadland succeeds on many storytelling, filmmaking, and existential levels. The film serves as a wholly effective think piece for all of us who are struggling to find our way in our lives, fighting the daily battles we have to deal with, putting our suffering into perspective, and taking the time to take in the subtle beauty of life all around us. The film revels in the gorgeous sunsets, the beautiful and sprawling landscapes, and the vast expanse of the wilderness we often need to slow down and fully appreciate. Chloe Zhao's unorthodox, but authentic approach to filmmaking and her artistic directorial choices aid in this film's overall effectiveness and affecting nature. Nomadland is a beautiful, poignant, and patient look at a lifestyle that might be unfamiliar to most, or something we might all be completely ignorant to. The film is certainly not going to satisfy the cinematic hunger of the masses, but it's a refreshing portrait of an interesting subject which is coupled with a message that many of us could benefit from in this present moment in time.

Nomadland is currently enjoying a limited theatrical release where theaters are safely open and is expected to see a streaming release on Hulu starting February 19, 2021.