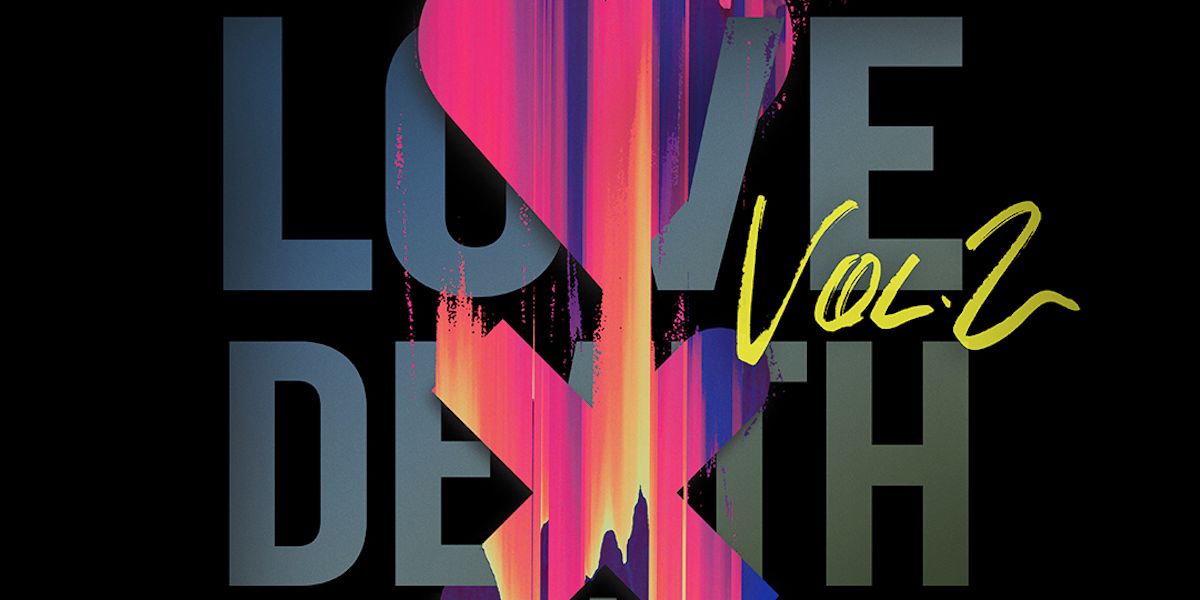 If you’re a regular reader of this website, I think you’ll know Love, Death & Robots has a special place in my heart. If you scroll back far enough in our now extensive post archives, you’ll see it was the first collection of episodes/anything film-related I reviewed in any semi-professional capacity for any website, let alone this one. Back then, I figured Love, Death & Robots S1 would be a great way to cut my teeth when it came to writing reviews. Beyond being an anthology show populated by bite-sized episodes, it had enough variety both in story matter and story quality so that I never felt like the reviews would get boring. Even before I was done with my coverage of season 1, I had learned that season 2 had been greenlit by Netflix, so I knew that one day I’d return. Plus, it doesn’t hurt that my coverage of Love, Death & Robots S1 still reigns supreme out of all the posts I’ve since written and published according to the average post visits per day, so the audience is there.

So you can imagine just how excited I was when I was surfing r/television about 4ish weeks ago after 2 a.m. when out of the blue someone posted a leaked version of the Love, Death & Robots S2 trailer. Watching it, I was hard-pressed to think it was fake; even without any release date info in the trailer, it looked so legit that I would have been more impressed if it was a fake. A few days later, Netflix released the trailer proper and the countdown to 5/14/2021 began.

So, after watching all 8 new episodes – another 8 have been confirmed for release in early 2022 – I came away pleased on the whole. While the second volume of the anthology was still by no means perfect, I thought it was a more consistent offering than the first.

Looking at my wrap-up post for Love, Death & Robots S1, I had a few thoughts on how season 2 could improve. The biggest thing I had in mind was toning down the more exploitative aspects, especially those regarding sexuality. While there were some episodes that used the lack of limits well like Good Hunting and Beyond the Aquila Rift, more often than not sexuality felt like window dressing. For episodes like The Dump and Fish Night, there was no real reason for those dong shots. At worst, we got episodes like The Witness, which used crude and pointless sexuality as a replacement for actual character work. After reviewing the season, I figured that if Netflix wanted to attract a greater audience they’d have to make the sexuality less puerile on the whole. This was part of the reason why I suspected Jennifer Yuh Nelson was brought on as animation director for season 2.

In terms of animation, season 2 easily stands up there with season 1. For me, the animation standouts were Ice and All Through the House. Out of the 8 episodes, Ice is the only episode animated in the style of a 2d cartoon. Without even looking it up, I would guess the animators behind Zima Blue are the ones who made Ice, seeing as the styles are the same. All Through the House was the true surprise for me. A small Christmas dark comedy, it looks like a stop motion piece that wouldn’t be out of place playing in front of a Studio Laika feature like Coraline.

That said, I have similar complaints about the animation of season 2 that I had about season 1. Namely, there are too many episodes that use 3D CGI. Granted some of them like Automated Customer Service and The Tall Grass don’t aspire for photorealism, and the ones that do like Life Hutch, The Drowned Giant, Snow in the Desert, and Pop Squad look really good. That said, I wish we had gotten a greater variety of animation styles. Part of the reason why I like episodes like Good Hunting and Zima Blue is that they had some great 2d animation on top of great stories. With so many episodes relying on photorealistic 3D CGI, that visual variety is diminished, especially with a season of only 8 episodes.

Another positive I have for season 2 was how consistent the season was. Out of the 8 episodes we get, the quality is pretty good on the whole. Sure, there isn’t an episode that reaches the quality heights of say Zima Blue or Good Hunting but there is nothing that reaches the quality lows of The Witness or The Dump. If I had to pick my least favorite episode of the season, I’d have to go with The Tall Grass, and even that’s not bad; I’d put it on the level of say Blindspot, in that it’s entertaining yet largely empty of deeper meaning. If I had to pick my favorites of the season on a story level, I’d go All Through the House, Pop Squad, and The Drowned Giant. Also compared to season 1, the batch of episodes from season 2 managed to avoid many of the story complaints I had. There were no video-gamey stories with poorly drawn characters, no stories with overly on the nose dialogue, no amateurish themes and backstory written with the subtlety of a piano dropped on someone walking on the sidewalk. Everything was done well. Well, if not perfect, then at least well enough that I never actively complained. Or better yet, the episodes, on the whole, are good enough that when I get to a full season rewatch I’m not going to be debating with myself about skipping episodes here and there like I did with season 1; I’ll just watch them all without reservation.

If I had any real complaints about the season, it’s the surprising lack of variety. Beyond the animation bit I already talked about, the lack of variety strikes the story side of all things. Out of the 8 episodes, 4 of them shared story elements with other episodes: Automated Customer Service and Life Hutch, while using different genres and tones, both revolve around a protagonist trapped inside a confined space with a murderous robot; Pop Squad and Snow in the Desert, while differing wildly in their stories, both dealt with questions of and the implications of immortality. Granted, this complaint wouldn’t have been as noticeable if there were more than 8 episodes, but since we got 8 it’s an issue we’ll have to deal with until season 3 comes out.

Expanding this outwards, I can see why people feel like this season is a disappointment. By having a limited number of story elements along with the predominance of 3D CGI animation like season 1 without some of the more visceral elements of season 1, season 2 can feel too safe and bereft of that experimental spark the first season had. I’m not gonna lie, this season does feel safer and less experimental.

All that said, I still had a great time watching this season, and I’m already looking forward to season 3.