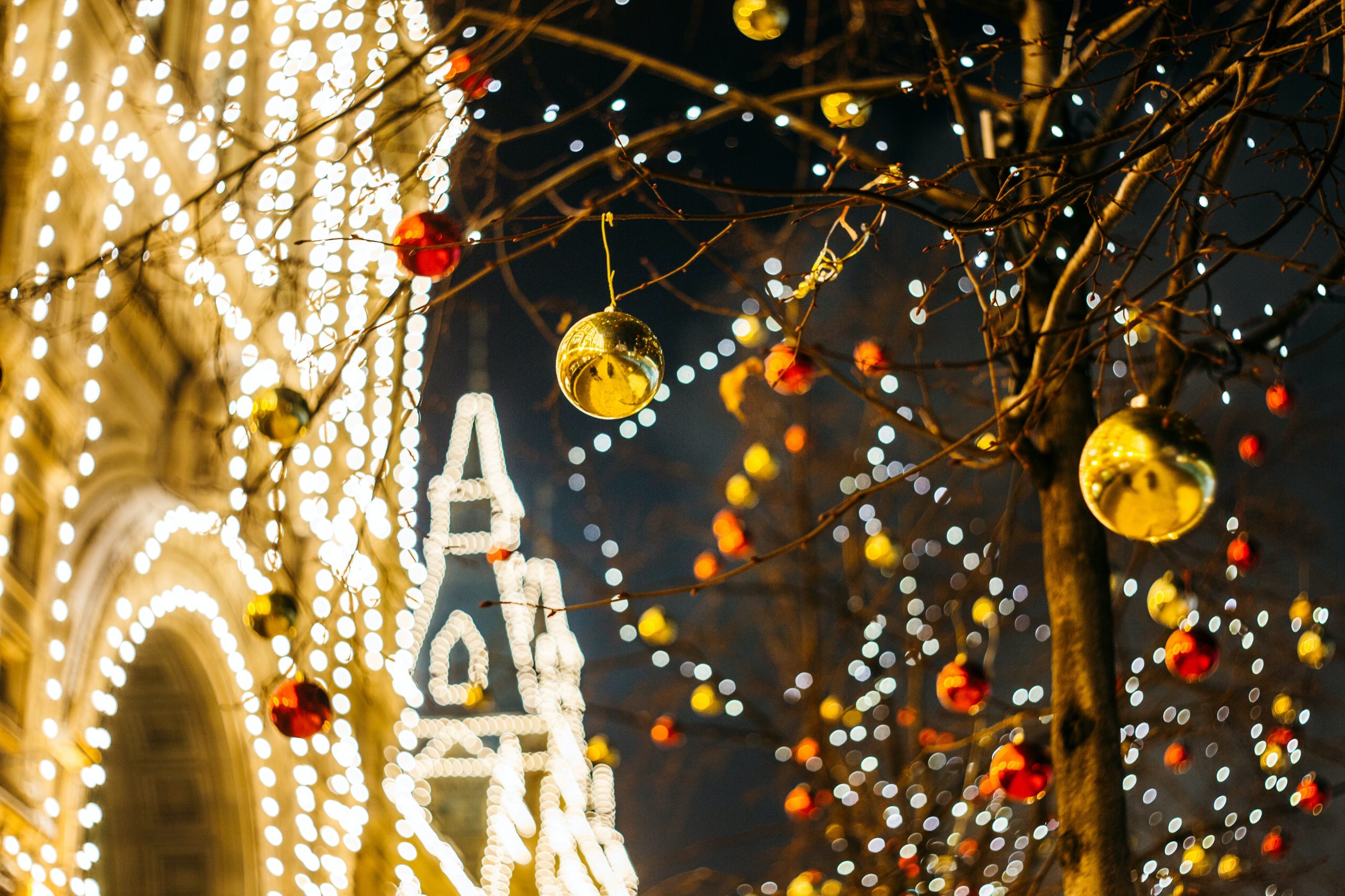 The holiday season is upon us, and while the fate of the country is unknown in the midst of a global pandemic, we know for certain that the holiday season means plenty of heart-warming, cheesy holiday movies. Amongst the freshest selection of wholesome Christmas movies lies Happiest Season, a new Hulu original movie that combines two of my favorite things; holidays and queerness. Happiest Season is the story of a young lesbian couple, Harper (Makenzie Davis) and Abby (Kristen Stewart), who are madly in love and happier than ever. After almost a year of dating, Harper invites Abby to her parent’s annual holiday party, where Abby plans on proposing to her in a way that is as equally romantic as it is cinematic. While this plan is perfect in theory, there happens to be a key piece of information that Abby is not privy to that proves to be a huge problem. Harper has yet to come out to any of her family members, and are under the impression that Abby is Harper’s roommate. Ouch, nothing like the untold secret of your lover’s sexuality to ruin your engagement plans. As Harper hides her relationship with Abby from her family, issues arise between them, and we are given front row seats as we watch Harper struggle between choosing the approval of her family vs that of her partner.

While this movie is cute and has its funny moments, it’s quite formulaic in structure and the message behind the film was a bit antiquated and didn’t feel quite on brand for 2020. Frankly, even the fact that people were having an indoor gathering with no masks on didn’t feel very 2020. Alas, that was just my covid-induced trauma rearing its ugly head. Pandemic or lack thereof, this movie was disappointing especially in the way it dealt with the topic of queerness. When watching the trailer, I was very excited to see a holiday movie that had two LGBTQ+ characters at the forefront, rather than secondary punch-up characters like they normally are. However, to see the whole movie revolve around the two of them having to hide their sexuality rather than celebrate it, was something that didn’t go over well with me. Being a gay man, I relate to the struggle of having to come out of the closet, and understand how hard it can be. And while I appreciated the film for showing the reality of being a queer person in a traditional household, what I would’ve appreciated more the story of Abby and Harper fully accepting their sexual identity and living proud in it, while also dealing with her bizarre family members. C’mon, the only thing better than watching straight-laced heterosexuals reject homosexuality, is watching them slowly try to understand it.

Despite the film’s shortcomings, what it lacked in originality and perspective, it made up for in wit and humor. This was mainly due to the star-studded cast of characters that really brought the film to life. Kristen Stewart makes up one half of the couple, and her effortlessly cool-girl demeanor posed an interesting juxtaposition to Mackenzie Davis’ more uptight character. She may not have had to fight off evil, bloodthirsty vampires in order to secure her future with her partner this time; however having to deal with nosy, perfectionist, soon-to-be in-laws sounds just as bad. The family members each had their own distinct personalities and troubles, which helped the audience get a better understanding of Harper’s upbringing and allowed you to empathize with her. Harper had two sisters, Jane & Sloan, who couldn’t be more opposite, with the only common denominator between them being their sisterhood with Harper and the swoop banged brunette hairdos they rocked. Jane (Mary Holland) was a quirky author with a childlike disposition, and Sloane (Alison Brie) was a high-strung gift basket tycoon with a cold demeanor, so once you couple this with a mother with a type-A personality, and a father who’s running for mayor, one could see why Harper would want to keep her true self in the closet. The family had their fair share of issues, which were alluded throughout the film when you saw the way they interacted with one another. Their conversations were light-hearted yet passive aggressive, and culminated in an explosive grand finale where everyone’s secrets were revealed in the most dramatic and entertaining of ways.

The film leaned more towards the stereotypical holiday Rom-Com category, and doesn’t surprise us in any way when it comes to the plot. However, there were two characters that were ultimately the saving grace of the film and kept me entertained every time they graced the screen. These characters were John & Riley, who in their own respective ways would be classified as a “mood”, as the kids would say. John (Dan Levy) was Abby’s good friend and gay guardian angel who was always there to help and give her advice when she needed it, even if the advice is nothing more than reassuring words coupled with a judgmental glance. Dan Levy gained popularity from his portrayal of David in his Emmy winning Netflix series Schitt’s Creek, and this is pretty much the same character, just now best friends with Kristen Stewart. He was sassy, sarcastic, with a dry sense of humor, and I loved every minute of it. Speaking of, the best character from this holiday sap-fest of a movie, with the driest of humor was none other than Riley (Aubrey Plaza), Harper’s first girlfriend. This was the first time I had seen Aubrey Plaza play a role in which she carried herself in such a mature way, which pleasantly surprised me. Aubrey was the only one in this cast that felt grounded, and it felt as if she was saying everything I was thinking as a viewer. She was the only one to clock the fact that Abby was clearly a lesbian, and also called out the bullshit that Harper was forcing Abby to deal with. She bonded with Abby very quickly and helped her escape the loneliness she was forced to endure as she sat on the sidelines of her relationship. She took her to a drag bar, where she explained her history with Harper, in which she threw Riley under the bus when allegations of their relationship were brought to the light. Despite this rough past, she was not vengeful towards Harper, and instead was empathetic towards Abby and only wanted to help her, in order to ensure the same didn’t happen to her. This made me love her character even more, and made me realize that a Stewart & Plaza duo was one that I didn’t know I needed, but now one that I’d love to see more of.

Happiest Season was a film that by no means was neither outstandingly superb nor offensively bad, it was just your run of the mill heart-warming holiday film, with a lesbian twist. And while I did love the cast and the few moments of brilliance, mainly brought to us by the lovely Aubrey Plaza, overall it was just another Christmas movie that I’d put on and enjoy with my significant other, and a hot cup of spiked cider. When you take away the fact that Harper and Abby were lesbians, it’s just another movie about an upper middle class white family with 1st world problems, with the few actors of color barely being showcased. The movie ended the way you’d expect, and there were no surprising cinematic moments that defied the typical Christmas tropes. However, there were plenty of laugh-out-loud moments throughout the film, and it was filled with stars that would draw a large audience to it based on that alone. So if you’re looking for a charming, entertaining Christmas flick to add to your list this holiday season, Happiest Season is a fine choice.