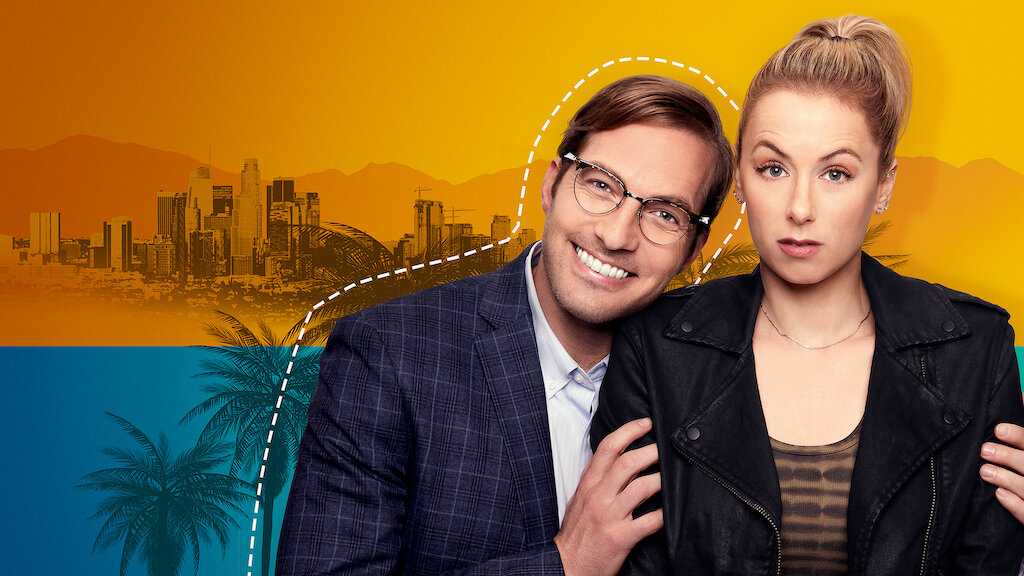 Netflix has been a saving grace for many people when it comes to binge-able content that has us glued to our couches, longer than we’d like to admit. One of Netflix’s newest comedic flicks “Good on Paper”, is a movie that indeed was probably good on a paper script, but unfortunately was average on screen. “Good on Paper” is based on the real-life events that happened to Iliza Schlesinger, stand-up comedian and star of the film, that originally were told in her “This isn’t happening” Stand-up special released in 2015. The film tells the true story of how Schlesinger dated a man who seemed like a nice, level-headed, well-rounded man, who ended up being a pathological liar who took her on a crazy whirlwind ride of deception and betrayal; that ultimately ended up in some amazing material. However, while the story is wild and will leave you with your mouth agape, it seems like something that should’ve been left as a hilarious bit of stand-up comedy gold.

Schlesinger plays Andrea Singer, a traveling comedian and actress, who’s candid yet matter of fact disposition is practically the same as Iliza’s actual personality. Even though Schlesinger is playing another woman, she’s still very much herself throughout the film, and that is shown as she self-narrates the entire plot to let us know what Andrea’s thoughts and perspectives are at each turn. On a plane ride back from bombing yet another audition, she meets Dennis, a nice, smart, hedge fund manager who happens to be sitting next to her on their flight. Over the next few weeks, Dennis and Andrea develop a budding relationship, although while she’s being very open about the trials and struggles of her life, he’s quite secretive about his. Eventually after letting him out of the friend zone, they decide to venture into a romantic relationship, and this is the moment when we start to see the cracks in his perfect facade. I’m sure we all can relate to being blinded by love when you’re truly invested in someone, and because of this, Andrea couldn’t connect the dots when weird occurrences continued to happen with Dennis. However, this is when your trusty skeptical best friend comes in handy, and Margaret Cho gives us everything that we could’ve wanted in a funny sidekick.

While this movie may have lacked a substantial plot that lived up to the hilarious stand-up clip on Youtube, the chemistry between Cho and Schlesinger is undeniably charismatic, and sells the story to me. Both of them have substantial careers in stand-up and comedy, so they were able to volley jokes back and forth between each other, like two championship volleyball players. Margaret’s character, Margot, played a bartender and owner who understood Andrea’s crawl to the top of the nightlife comedy scene, so she was very supportive of her career and oftentimes pushed her to be positive when Andrea had lost all will to. This established Margot as the voice of reason in Andrea’s life, especially as she was the first person to be wary of Dennis’ clearly suspicious antics. And although Schlesinger played a version of herself from 5 years ago, she still had her trademark deadpan, straightforward sense of humor that complimented Margaret’s just as outspoken, yet sarcastic personality, that made the two of them a fantastic comedy duo.

Now when it comes to the acting performances in this film, I would say that the main cast members were all pretty serviceable. None of the actors in this film were abysmal by any means, but I wouldn’t say any of them are hoping that their performance will shoot them to the top of the Oscar nomination pool anytime soon. That being said, the stand-out performance comes from the film’s antagonist, Dennis, played by Ryan Hansen. Dennis is a pathological liar who is dishonest to Andrea about every facet of his life including where he went to college, where he works, where he lives, and even the circumstances in how they met. Hansen is playing a man, who is pretending to be someone completely different, and evolves from the sweet, nice man Andrea thought she knew, to a total sociopath with a deep pride complex. I mean if we’re going to talk about a character development arc, this was the most effective example of one in this scenario. Compared to the story we saw in her “This isn’t Happening” stand-up special, which is solely her perspective, we got to see into the mind of Dennis and why he lied so deeply; or at least how Schlesinger interpreted his reasoning.

Ultimately, Schlesinger used this film to illustrate her point to how deeply the male ego affects how men decide to treat women. She’s always been a comedian who has had a very insightful and psycho-analytical perspective on the behaviors of not only men, but people in general, and though the movie served its purpose as a way to express her ideas and thoughts, it did feel like something that should have remained a comedy special. Seeing as all of Schlesinger’s specials, and now sketch show, are all on Netflix, I’m sure they didn’t bat an eye to get behind yet another project from their comedy golden-child.

Throughout the film, there were sprinkles of her own stand-up comedy that also served as narration for the film’s events, which although strengthened the concept, it did make it seem like a stand-up special with sprinkles of dramatized reenactments here and there. Moreover, that and the plethora of jokes peppered into every line of dialogue really nailed home the fact that this was a movie spawned from the mind of a comedian, rather than a screenwriter. However, this was a pretty good follow-up to the “This isn’t Happening” special she released years ago, and gave a fair amount of context that made it slightly more entertaining than the Comedy Central bit. Despite its shortcomings, if you’re as much of an Iliza fan as I am, I’m sure you’ll enjoy “Good on Paper” no matter what.