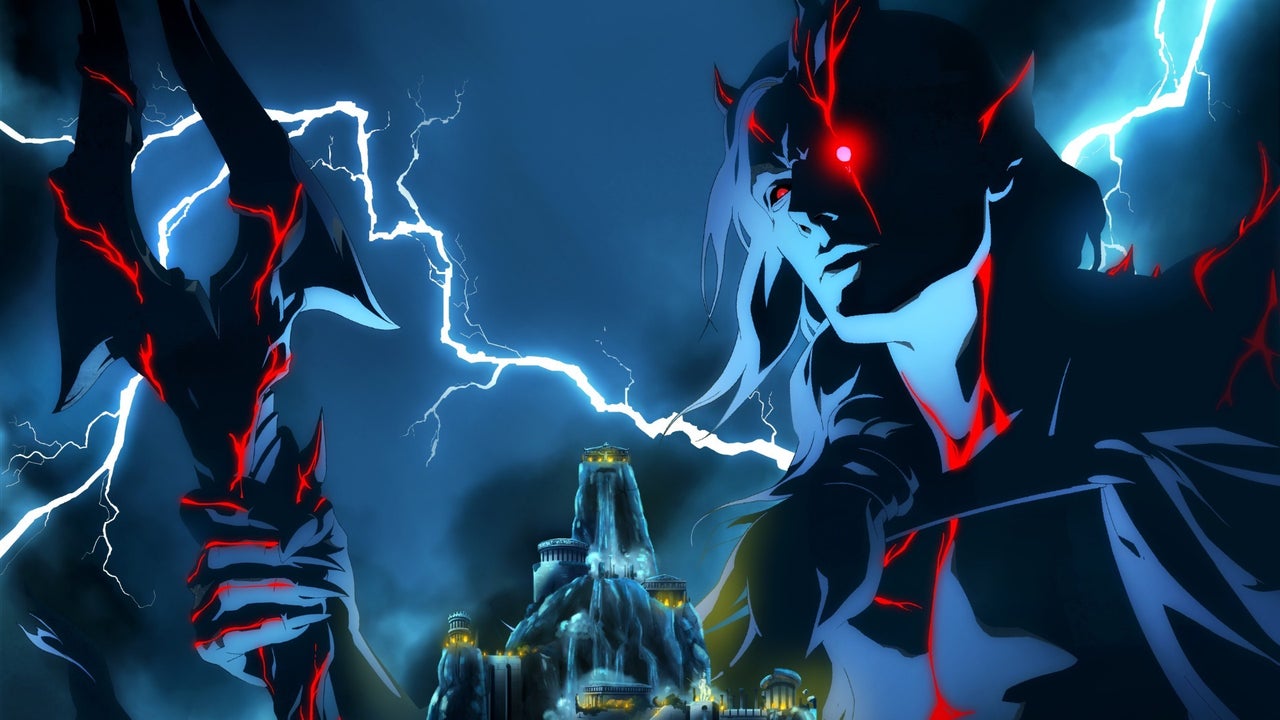 If you’ve been following my reviews, both Watercooler Reviews and Off the Beaten Path, you know I have at least a casual interest in anime. For example, I covered the cult classic FLCL back in June, and since then I’ve been trying to check out more anime. Looks like I’m not alone there. Netflix is experiencing an anime boom. It’s enough that they are ramping up the number of original anime shows for the platform, with five original series slated for 2021.

If there’s one Netflix anime show I’ve been following over the last year, it’s Castlevania. I first watched the show back in February, managing to get through the first two seasons in as many days. I wasn’t sold at first. The first season is a 4-episode long barebones prologue for the awesome second season. That said, it had enough promise that I kept watching. After watching season 2, I was wanting more, but in a good way. Luckily for me, the third season came out less than a month later in March. That season, while not bad by any means, left me wanting in a bad way. It felt like a prologue to season 4; all set-up and little conclusion. Even then, it was good enough that I plan on watching season 4 when it comes out.

But why all this preamble about Castlevania? What does that have to do with Blood of Zeus? Well, it turns out that the animation studio behind Castlevania kept themselves busy over the last year, resulting in what else but Blood of Zeus.

When I first heard about Blood of Zeus, I didn’t think too much about it. Then I heard the Castlevania team was behind Blood of Zeus, which piqued my interest. Watching the trailer, it certainly felt like Greek mythology flavored Castlevania. At that point, I was sold enough to check it out and write about it for you, if only to pass the time till Castlevania S4 comes out.

So is it good? Honestly, kinda. It’s got some big flaws that hold it down, but it has potential.

The story of Blood of Zeus S1 is pretty typical for a story based on Greek mythology. Back in the day, the gods went to war with the Giants in the Gigantomachy. Unsurprisingly, the Olympians won, and the bodies of the Giants were thrown into the bottom of the ocean. Fast forward to the present. An unknowing son of Zeus (Jason O’Mara), Heron (Derek Phillips), and his mother Electra (Mamie Gummer) live as outcasts outside their local polis. All of a sudden, their world is shattered when giant worshipping demons, led by the warrior Seraphim (Elias Toufexis), arrive in the polis to capture the Amazonian warrior Alexia (Jessica Henwick). Back in Olympus, a conflict between Zeus and his queen Hera (Claudia Christian) grows. A conflict that not only could tear Mount Olympus apart in a civil war, but could revive the Gigantomachy. The Zeus-aligned Olympians best hope in this brewing war? Bringing Heron into the fold and unlocking his true demigod potential.

There’s a lot I thought Blood of Zeus S1 did well.

The stories of Heron and Electra are suitably compelling, Electra’s in particular. Like Castlevania before, a lot of time is spent not only giving us the backstory of the protagonists but the antagonists too. Seraphim gets almost a whole episode to himself that outlines how his tragic past turned him into the monster he is. Hera, while never getting an episode to herself, gets plenty of screentime to develop why she’s plotting to usurp Zeus; after Zeus stepped out on her and having so many bastard children, she’s had enough. Hera’s character in particular strikes me as interesting. In mythology, Hera doesn’t do too much. She may be vengeful against Zeus’ bastards, but she never takes many actions beyond shadowy instigation. Here she’s a force to be feared, enough that many of the Gods who side with her do so because they fear Hera more than Zeus. Plus, the evolving relationship between Heron and Seraphim – it’s revealed halfway through the season they are half-brothers separated at birth – provides a suitably classical conflict that spurs both good drama and character growth.

The animation, as befitting Powerhouse Animation Studios, is crisp. There’s plenty of exciting action scenes that range from the intimate conflict of brother versus brother to the world-shattering scale of Gods versus Giants. Character designs were good, especially for the demons and the Giants.

So why do I say Blood of Zeus S1 is kinda good? To me, it comes down to the writing.

The pacing for one is rather wonky. The first half of the season is almost all set-up and doesn’t pick up until the last two episodes. Granted, those first four episodes laid out our main characters good and bad, and once the pace picked it didn’t let go. I just think they could have been better spread out.

I also just don’t understand the purpose of Alexia. I guess that she’s supposed to be the Sypha analog (she’s the woman in the picture of the Castlevania cast above). And while Alexia has some good action and Jessica Henwick does the best she can, I fully believe Alexia could be written out of the story and nothing of substance would be lost. Hopefully, Alexia gets some development if there’s a season 2, cause good lord could she use some. Otherwise, she’s a waste of screentime.

On a related note, I think we need more of Heron’s comrades – smuggler Evios (Chris Diamantopolous) and gladiator Kofi (Adetokumboh M’Cormack) – cause what we get isn’t enough. I don’t quite buy the loyalty between the two, Alexia, and Heron. It just didn’t feel developed enough and didn’t justify some of the choices Heron would make late in the season. Which is a shame, cause Evios and Kofi are fun to watch.

All in all, while the season was flawed I think Blood of Zeus S1 has some potential for future seasons. All they gotta do is fix some of the major flaws I outlined above, and Netflix could have a bonafide anime hit on their hands. For now, though, Blood of Zeus S1 will just have to do as a half-decent action anime methadone for the superior Castlevania.