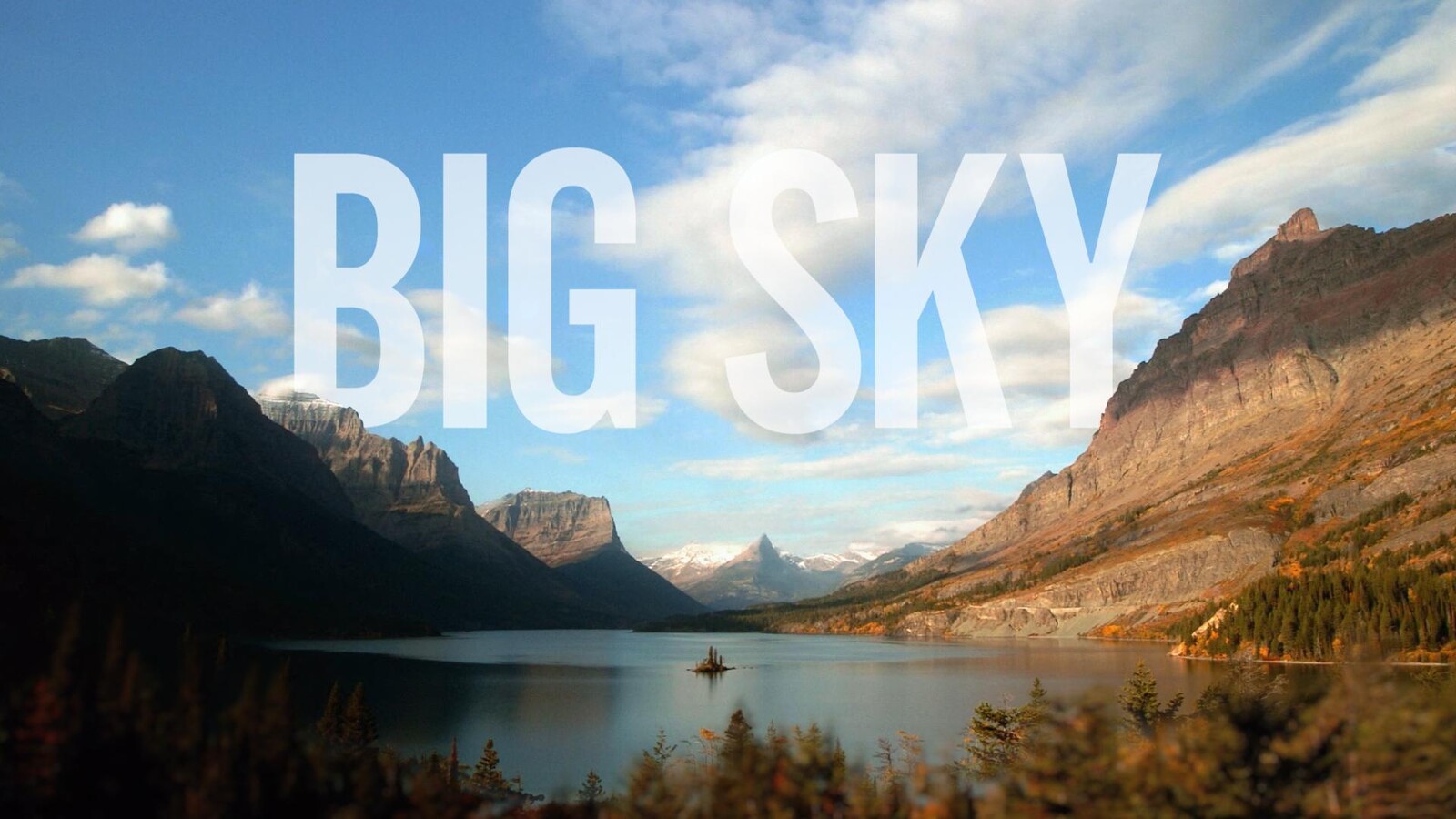 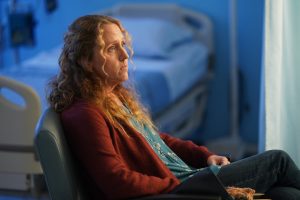 What a way to close out the season! (Or the season break?) High speed chases, explosions, MORE Murder!

Number 9 was an exciting episode, no doubt about that! I cannot tell you how excited I was to watch Merilee Legarski (Brooke Smith) kill her husband (Lynch). Honestly it was probably my favorite moment of the whole show.

But Big Sky has stuck to their usual format, leaving me with a lot of questions. Every time I watch this show I leave feeling like I’m missing something- I’m always stuck with a list of new queries. At first it was enjoyable, I felt like part of the team trying to solve the crime. But now I’m feeling more like a betrayed viewer.

And my biggest question: Where do we go from here?

The writers have given an interesting first season but I don’t know what to do with the characters once all of these mysteries come to a close. The bar has been set so high and dramatic that anything else runs the risk of being boring.

I have become increasingly more disenchanted with this show as the episodes goon. But not enough to stop watching. I’ll be there when the show comes back on but it won’t be with bells on. 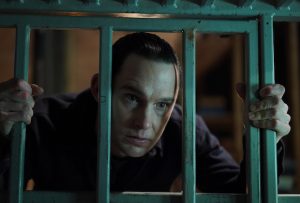 Another cliffhanger!? I’m not even kind of  shocked about it.

While I saw this cliffhanger coming from a mile away, I was sufficiently entertained by this episode. Episode 8 was good. And honestly that’s all I have to say about it. Currently most of my thoughts regarding the show are all bigger picture and upcoming topics. 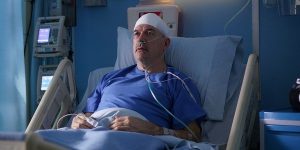 THIS IS HOW A SLOW EPISODE IS DONE.

After episode six my passion for this show had faded. But I am happy to report  that episode seven pulled me back in. Episode seven revived the intensity that was lacking in episodes five and six.

It truly was getting pretty boring for a sec…BUT.

Big Sky has proven once again it moves to it’s own beat. Instead of giving me a predictable formula it’s serving some “WTF” realness. The writers of Big Sky love a cliff hanger and this episode was no exception. It feels like instead of using the three point structure the writers took a drawing of mountains and are using that as their map for each episode. Giving me some pretty low, lows and exceptional highs when I least expect them.

I’m excited to see how the writers continue to wow me- or bore me, it depends on the episode… 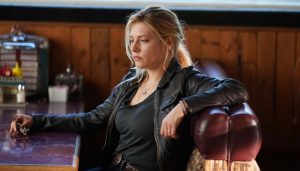 Big Sky is back! (After it’s month long break).

And let me tell you…that episode six was a HUGE let down. It was BORING to say the least. It lacked the same energy and momentum as episodes 1-4 ( 5 was a little bit of a dud too).

The story line gives me little reason to come back for episode 7- honestly if I wasn’t covering this show I don’t know that I would continue watching anymore. I understand that every show needs an episode here

and there to take a breather. It’s good for the audience, it’s good for the story. We need that up and down to keep it engaging. But the writers slowed this one down way too much. I didn’t care about the sentimental funeral for Cody Hoyt, he was killed so early on in the show I had no time to care about him, ever. So don’t try to sell me on a funeral for him now, it’s not on the list of things I’m invested in.

Truly, I could not wait for this episode to be over. Hopefully episode 7 pulls me back in. 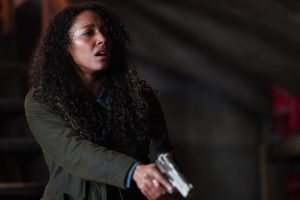 To the writers of Big Sky ARE YOU KIDDING ME WITH THAT LAST EPISODE!

I continue to be blown away by this show.

I’m sad to admit that the first 45 minutes of this last episode were lackluster backstory. It was backstory I was interested in, but it was not the energy I was expecting for the last episode. I have been sitting on the edge of my seat for the past five weeks and they gave me a backstory episode…followed by one hell of a cliff hanger!

Those last few scenes were AWESOME. It delivered everything I had been asking for this season- Kylie Bunbury got her power moment and FINALLY Legarski is dead.

But where do we go from here? The main story is finished- mostly.

So I have some predictions of where this show is going next:

BIG SKY IS KILLING ME. I am officially obsessed with this show!

Episode 4 has me pumped and ready for the next episode which apparently is the season finale!?!?!?!?!

Big Sky has taken its place alongside SVU and Criminal Minds as one of the procedural greats. Every episode is a fresh take on a mystery. While I’m still deciding if this show is truly REVOLUTIONARY I have one 1000% decided it’s what I needed from American television.

As I mentioned in an earlier review, Big Sky functions more like a British Crime drama; it focuses on one problem for the whole season instead of the American format that repeats: crime, solve, justice, done. The British format is more ideal because it allows for ample time with the story, the characters and how every aspect of the show is interwoven. It’s akin to letting your red wine breathe- if you take the time to do it right, to give it room, you experience more layers of depth, a better understanding. It leaves you with a smooth finish.

My predictions for the 5th episode:

Only one way to find out if I’m right! Episode 5, I’m coming for you. 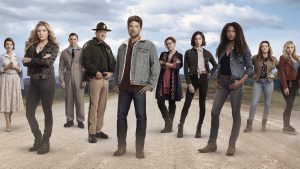 Episode three DOES NOT DISAPPOINT.

Big Sky has and continues to be highly emotional and without a doubt exciting.

Episode three was probably my favorite episode so far. For every prediction I made, I was surprised with a new turn of events. It feels like the writers have given me enough information to create the feeling that I’m working the case alongside Cassie (Kylie Dewey) and Jenny (Katheryn Winnick).

However, The emerging star of the show is (Jade Pettyjohn) Grace Sullivan, one of the kidnapped gurls. She is amazing and she is my new role model. Her character is basically a walking dictionary with the improv skills of MacGyver. Grace does not stop fighting and is unafraid-at least that’s how she presents herself. The transformation of geeky nerd to the only chance-of-survival-warrior Pettyjohn portrays is done with ease and believability.

I am LOVING the lady-led action in this show. Yes there are plenty of shows with women in them. But Big Sky is LED by the womxn in a way that not a lot of other shows have been able to nail on the head. It’s not just that there are female characters, or that the ladies are cool badass crime fighters. This show plays on how men react to womxn, how womxn are abused, how any female identifying person is perceived in this world. It doesn’t just have female leads, it interacts with experience of a non-male life.

This show likes to keep me on my toes but I think I’ve already figured out how everything fits together and I cannot wait to see if I’m right. I’m putting my predictions in this article, so if I AM right I have proof.

This show can only get better. I am so ready to be wowed next week. 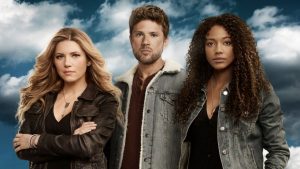 After Episode 1’s ending *spoiler alert* where they kill Ryan Phillippe’s character I feel like anything could happen. Every moment of this show I am just waiting for another character to die- it feels like anybody could be taken away from me. And I’m here for it.

Most crime dramas I watch follow a very specific procedural formula; Big Sky has thrown that format out the window. It feels more akin to a British crime drama, with continued inspiration from Twin Peaks. This slowly drawn out, theatre-reminiscent flow gives a deeper exploration of the characters. Including the bad guys.

So far Big Sky isn’t groundbreaking but I would recommend giving it a watch.

Big Sky is highly enjoyable and completely mesmerizing. Though the show feels like a Twin Peaks wannabe with wide shots of mountains, bright colors, weird speech patterns and a plot line that seemed to be yelling “DUH”- I couldn’t take my eyes off the screen.

For a procedural aficionado like myself, the plot line of Episode One felt obvious. I called most of the “surprising” moments and was underwhelmed by any reveals the show had in store for me. However, the predictability did not take away from my viewing experience- I typically like to play along; to feel like I’m a detective on the case. What it lacked in completely original ideas, Big Sky makes up for it with a wide range of dynamic and interesting characters. This new show doesn’t bring much new material to the table – or so I thought!

There was one specific moment – and I won’t spoil it – that had my jaw on the floor. I was shocked. I had to go back and re-watch the moment again. And that moment, specifically, is the reason I will keep watching this show. Very rarely am I surprised by TV anymore, so to have that moment was priceless.

I’ll talk more on this plot point next week. I will be covering all of Season One of Big Sky. So check back here for more coverage.

I’m unsure yet if Big Sky will be revolutionary, but I’m certain it will be entertaining.