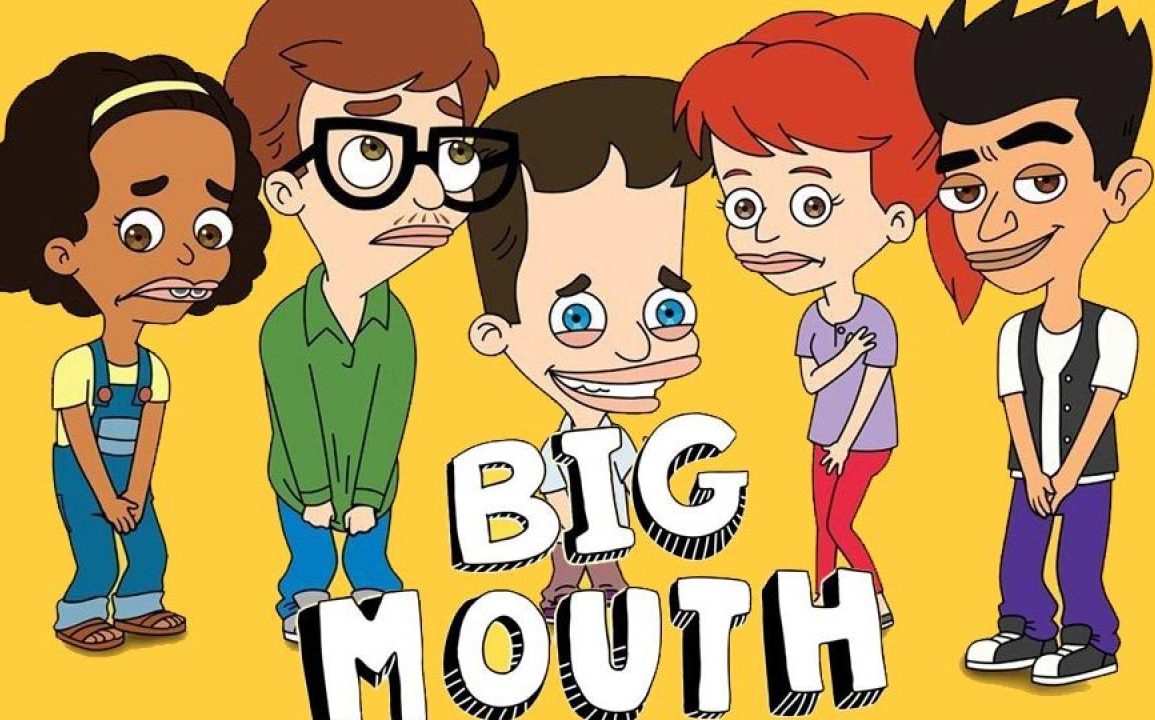 Big Mouth season four is not getting enough hype or attention! I need more people to watch this show and celebrate it.

My therapist has been a great help to me these past few months but Big Mouth might have her beat...well, Big Mouth helped me in a different way.  Being able to enjoy this dirty comedy during 2020 was a gift and a half. I think many of us have been dealing with a lot of feelings of self doubt and anxiety this year way more than usual and taking over our brains. This show may focus on the problems of children but we’re lying to ourselves if we say we aren’t struggling with the same things as an adult (or semi-adult).

Big Mouth reminded me that I have a lot of good in front of me. Big thanks to the Graditoad- a toad who reminds people that there are many things to be grateful for-and that being grateful can be a very strong force. In the beginning, the Graditoad was a role model for toxic positivity. However, I slowly but surely saw the way of the Graditoad.

At the start of the season I did have a hard time getting into the show, this happens every time I watch it. When it first starts the idea of hearing pubescent children talk about their sexual desires always throws me for a loop. I forget how freak-nasty the dialogue can be in this show. It takes about an episode to adjust to the tone. Despite the cringe factor, the writers do a wonderful job of making a safe space for jokes that range from insensitive to poop. The outlandishness of this show makes hard topics easy to swallow.

Season four was *chefs kiss* a cluster of enjoyment.

Overall, the season lacked a solid through line: it jumped from summer, to school to the future and back. The scarcity of sequential stories gives the show’s wacky sense of humor less solid ground to stand on, making it a less cohesive season than usual. I assume the writers felt a sense of freedom being in the fourth season. That the idea was to break the rules as a way to maintain interest in the show to combat the trap most tv shows fall into: doing the same thing every episode.

What did hold the show together was a thematic backbone for the season: finding yourself is a process. Big Mouth has always been a very relatable and honest show, and season four really narrowed in on why: At its core is the idea of being true to yourself. Every episode and relationship was tied to the backbone of “finding truth within”. Andrew struggles with his natural “asshole” tendencies, Missy with her blackness (made increasingly complex by the fact that she’s still MOSTLY voiced by Jenny Slate, instead of the newly cast Ayo Edebiri),  or Jay and Lola’s forever disturbing relationship. All of these battles lead up to the quintessential “Horrority House” episode where every child is forced to battle either themselves or their worst fear.

Big Mouth is without a doubt a well balanced show. I recommend watching if you need a laugh and some reassurance that everything you’re going through is HUMAN AND NORMAL.