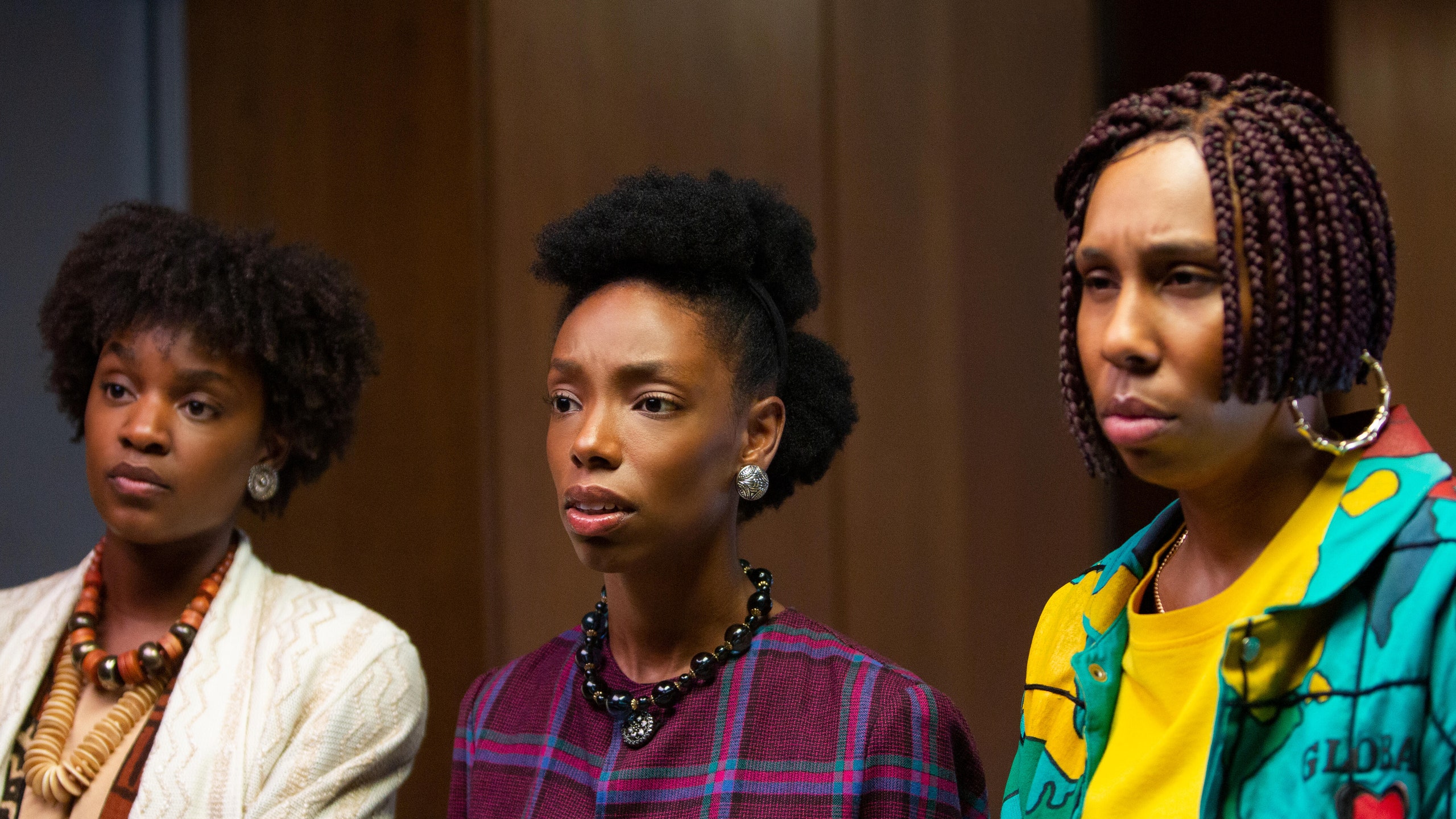 The Hair was Bad, but the Movie is oh-so Good.

Hulu’s new original movie, Bad Hair is a fresh halloween experience. It gets 10/10 on camp and a 10/10 on societal commentary; tackling the topic of oppression through the act of hair discrimination. From the creator of the film and TV series Dear White People, Justin Siminen, comes a future cult classic, featuring a never before seen monster: THE WEAVE.

Set in 1989 at the height of music TV, Anna Bludso  (Elle Lorraine) is struggling to make ends meet until the network she works for “Culture” is taken over by new leadership, Zora (Vanessa Williams). Zora completely refurbishes the network including the hair of it’s employees. Weaves are in and natural is out.

Anna takes her new boss’s advice and goes to see hair-extraordinaire, Virgie (Laverne Cox) to get her killer weave…yes, that was a pun…yes, I hate myself…yes, the weave kills people. It’s bloodthirsty- think Little Shop of Horrors but instead of a plant it’s cursed hair. Anna tries to fight the hunger of her new hair but with more blood comes more power and that weave had A LOT of blood.

Bad Hair was completely entertaining. The set was full of life, with bright palettes and totally rad costumes. The cast was amazing to say the least. What a treat to have actors from Dear White People spread throughout the film! It made for a fun I-spy of Simien’s favorites. Thoroughly enthralling, it had moments of heavy handedness which felt warranted in the world of the movie-it’s satirical and it knows it. I super recommend giving it a watch.

I only had one problem with the movie.

The ending held no meaning in the grand scheme of the film. It only created more questions.

Like why are they sending dead bodies to this plantation?

Why is the head of the network the plantation owner?

Why do we learn about the company that gathers the hair if we’re not gonna do anything about it?

Why are they sending dead bodies to this plantation?

What does it mean!?

What was the point of learning about the ‘moss haired girl’?

Is Anna gonna do anything to stop this?

And why are they sending dead bodies to this plantation?????????

There’s a gap in the storytelling…a HUGE gaping one between the whole film and the last two minutes. It felt like a last ditch effort to pull the movie together, but it doesn’t tie any loose ends up, it only creates more unanswered questions for the viewer to try and connect.

I would have been more satisfied if Virgie had been behind the monster weave the whole time (which she was???) or if I just saw a shot of the mossy hair tree being all spooky. I didn’t need the loose motivation that got tossed at me. As a viewer,  I can pull more motivation from the ‘moss haired girl’ mystery than I can from dead bodies and a character I never really cared about. The rest of the storyline was so clear that this last part just didn’t fit the same. It was like when you have a puzzle piece that you think is in the right spot but on further inspection you realize it’s in the wrong spot.