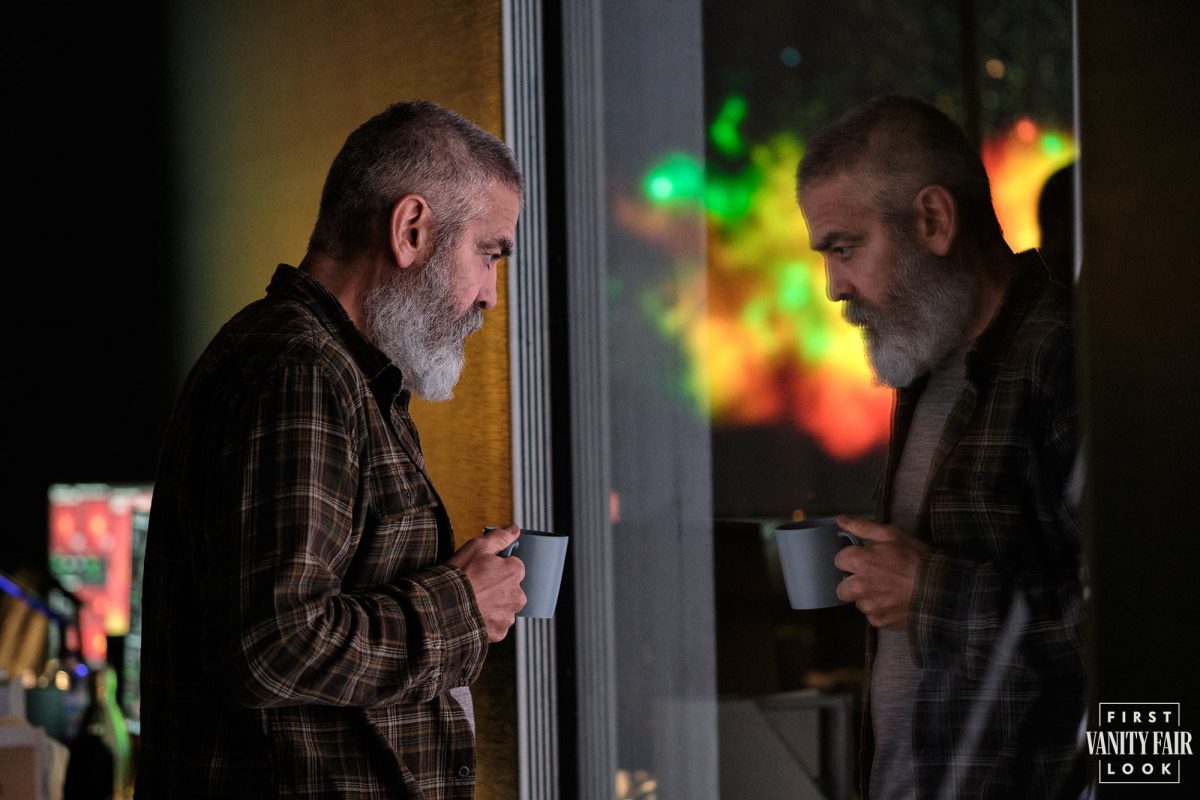 We should all be grateful that George Clooney’s latest gem has dodged the silver screen, saving all of us from a trip to the theatre that would be difficult to justify. Based on the book, ‘Good Morning, Midnight,’ “The Midnight Sky” follows an elderly, cancer-ridden scientist, Augustine (played by Clooney), on a mission to ward off the only remaining astronauts in space from returning to a devastated, apocalyptic Earth. Although grand in scale and beautiful at times, the story falls completely flat, and everything that happens in the film is so disjointed that it feels like nothing matters.

Unlike most movies that take place in space, such as “Gravity” and “Interstellar”, this film dampens the emphasis on the adventure and excitement, while instead opting for a focus on the sentimental journey of our protagonist, Augustine. Clooney delivers a great emotional performance, but the overwhelming attention on his personal journey cripples the engagement with what’s going on in the rest of the film. The astronauts aboard their earth-bound spaceship have their own sub-plots and story elements that could have weaved their way into creating a stronger feeling of urgency in the film, but instead seem pointless and, eventually, irritating.

Part of this failure can be attributed to the script. On paper, one could see how this film could have succeeded. It’s got relatable characters, existential emergencies, George Clooney with a beard – what could go wrong. However, the dialogue, especially on the space ship, is so rigid, and as a result, sounds disingenuous. The performances of the crewmembers are mostly decent, but the lines feel so forced and obviously crafted to pull at your heartstrings and build emotional rapport. In a word, it’s contrived.

George Clooney’s directorial career is an anomaly. Despite what appears to be his best efforts to subvert his legacy, lose his production companies’ money and expedite his headline actors into obscurity, he is continuously given the opportunity to try again with yet bigger budgets and names. In “The Midnight Sky,” he does accomplish moments of beautiful cinematography, but he also adopts a pace for the film akin to that of a snail injected with horse tranquilizer. I felt like this was his artistic attempt to highlight certain shots and emotional developments, but when nearly every scene is that slow, you lost the effect and it simply just becomes boring.

Ultimately, many parts of the story, notably Augustine’s background and his relationships, were insufficiently wrought out. The plot twist at the end epitomizes the rest of the film in that it felt completely unnecessary, and while it was intended to be touching, it was just laughable. In addition, the scientific inaccuracies in this film are widespread and I found it even insulting. One of the crewmembers is pregnant, and she goes out on a spacewalk, willingly exposing her unborn fetus to massive amounts of radiation. Another scene shows Clooney fall into frozen glacial waters and he acts as if it’s just a moderately cold pool. The list goes on.

If you want to watch something mildly entertaining and you don’t want to expend any energy focusing on it, “The Midnight Sky” would be a good film to play in the background while you do something else more worthwhile. In the words of George Clooney’s character, Augustine, admittedly taken completely out of context, “I’m afraid we didn’t do a very good job…”.