“Verotika” and the failure of Glenn Danzig 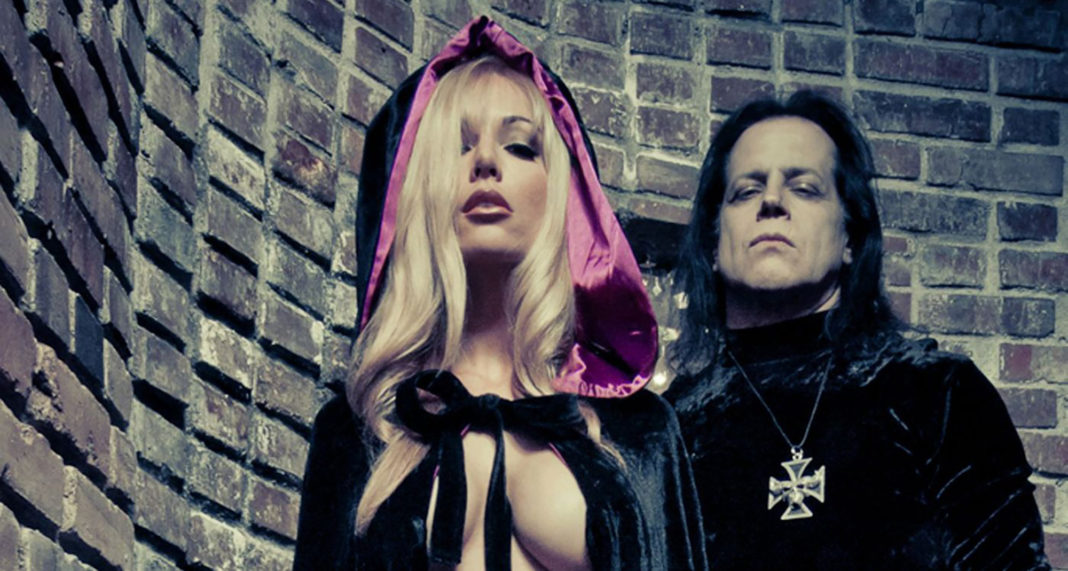 While my fellow cinephiles discuss David Fincher’s new film (you can read Rob McNeil’s glowing review and Bishop’s less glowing but very informative review on Chicago Film Scene now), I thought I’d take this awards season to finally watch Glenn Danzig’s auteur debut Verotika with a friend who has a similar completionist impulse. I love The Misfits and often think about the joke that the Misfits logo (I swear to god if someone comments “it’s actually called the crimson ghost” I will scream) is just “live laugh love” for punks while I drink out of my Misfits mug, that’s not a joke, I do really have a Misfits mug. That love combined with my completionist impulse and my need to subject myself to potentially terrible pieces of media so that I can be part of “the discourse” made it inevitable that I would one day watch Verotika even if it seemed that it was already unanimously agreed upon that it is a very very bad movie.

Honestly my greatest concern going in wasn’t about the quality. I love The Room and Samurai Cop so I’m by no means someone who thinks that quality filmmaking and entertainment value are at all tied together. I was most worried that Verotika would simply be boring. And there is a good amount in the movie that could be boring: almost a third of the shots last longer than they need to, the writing and acting are horrible which makes it nearly impossible to care about any of the characters or stories, and it all looks like it was shot on soundstages or in people’s homes with a camcorder, to say nothing of the costumes which look like they were picked up at the local Halloween shop.

And yet, Verotika wasn’t the worst time and it moved along much better than I had anticipated. I can’t by any means say that it was good or enjoyable, but it wasn’t nearly as painful as it could have been. The fact that it’s an anthology film helps a lot, as no single story sticks around long enough to truly become boring. Each segment, all of which are based on comics written by Danzig, has some pros and while the ineptitude of Danzig as a director cannot be argued, his apparent obsession with constantly zooming (both in and out) keeps the visual language of the movie, well, let’s just say “interesting.”

The first segment of the anthology is by far the worst, but also perhaps the most admirable. It takes place at an unclear time, somewhere in France and stars hardcore porn star Rachele Richey (one of at least two hardcore stars in the film along with Kayden Kross who plays master of ceremonies Morella between segments) as Dajette whose nipples are eyes. When these eyes cry and a tear from one of them lands on an albino spider that spider transforms into a humanoid spider played by Scotch Hopkins in what must have been an incredibly unwieldy and heavy costume. From here the segment turns into something that we’ve seen before as the spider appears whenever Dajette falls asleep so that it can kill. It’s unclear what the spider’s motives are for its kills, as none of the victims seem to be threats or even antagonistic to Dajette. But that impossibility to understand anything, truly nothing, about the story, the characters, their almost criminal attempts at French accents, etc. makes the segment seem like it might be a piece of surrealist art. It’s not, but it seems like it might be.

The second segment was my favorite but also the most disappointing. It’s the only segment that takes place in the US, LA is specified by the cop who wants to make sure you know he’s part of the LAPD. This segment stars Rachel Alig as “Mystery Girl,” a stripper who has a compulsion to cut the faces off other women so that she can wear them, though she then covers these faces when she dances so again it’s a bit confusing as to why she collects them. This piece was my favorite for the same reason that it’s the most disappointing, it actually has potential. I feel like there’s almost certainly a giallo or slasher from the 70s or 80s that has a plot about a face collector that turns that premise into something genuinely troubling and thought provoking. But here it seems like Danzig just wanted an excuse to place something mostly in a strip club so that he could get as many stripping sequences into his movie as possible. What might be just as disappointing as the squandered potential of the premise here is that absolutely none of the dancing is at all erotic or sexy, in fact overall the movie may be second only to Salò, or the 120 Days of Sodom for the most (both quantitatively and qualitatively) non-sexual nudity in a film.

The final segment can’t even be called a story because it’s really just a sequence of setpieces based on the murders of Countess Elizabeth Báthory who is said to have bathed in the blood of virgins to retain her youth and beauty. Here the countess is named Drujika and is played by Alice Haig (no relation to Sid), she takes girls from the village and kills them in a variety of ways. We see Drujika chain a girl and bleed her from the wrists to fill a bathtub large enough for the bled girl, Drujika, and at least two more people even though presumably the blood only came from one person. We see her cut out and eat the heart of a girl, though the heart prop is so bad that you can see that she’s not actually taking any bites out of it and doing a rather poor job of mimicking chewing and swallowing. We see her slit the throat of a young woman hanging upside down so that she can be bathed in the spray from the cut. This last killing makes clear that the entire Drujika segment of the anthology fails to do what Hostel 2 does in just over 3 minutes (link contains spoilers for Hostel 2, and is extremely NSFW, obviously). There’s also a part where Drujika talks to a wolf even though nothing ever comes of that (nor is it explained how she can communicate with animals), it’s a set-up with absolutely no pay off but the wolf is extremely cute and pretty so I’m not mad about it. In fact it made me think that that scene is likely just there because Danzig met this dog and wanted it in his movie, which is how I have to imagine a number of the young women whose only acting credit is Verotika were cast as well.