Vanilla Sex: What I Learned from Cheryl Dunye’s ‘The Watermelon Woman’ (1996) 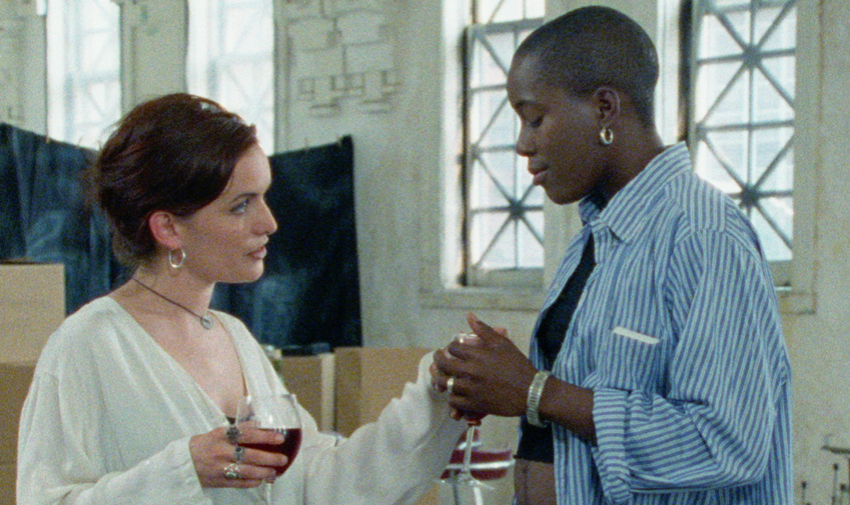 There’s a great interview with director Alex Cox (Repo Man, Sid and Nancy) by British film critic #1 Mark Kermode from some years back. It’s essentially a retrospective on Cox’s TV series Moviedrome, a program where the director would introduce and then show a film of his choice. In the interview he talked about one episode where he showed the 1981 Jean-Jacques Beineix film Diva. Now, Cox wasn’t (and isn’t) a fan of Diva but he chose to show it because of this behind the scenes story: The production arrived at a location to shoot and Beineix didn’t like the color of the walls so he had them painted blue to fit his vision. Cox wanted to convey the lesson to aspiring filmmakers watching to bring paint with them to shoots. To be able to act on pursuing their art to such specific degrees.

This is where I’m coming from. Who am I? Nobody you’ve ever heard of. What I am, however, is an aspiring filmmaker (though more “aspiring” than anything) and when I watch and research movies, I look for details and anecdotes like this. For new inspirations, techniques, ideas, etc. Does that make me special? HAAAAA-

No. But I want to share what I find because my dog is old and falls asleep when I try to talk to her about it. THEREFORE, thank you for volunteering. You poor saps.

The tragic and revolutionary events of the past few weeks have made me realize a grave deficiency in my cinematic intake of Black filmmakers’ work. There’s no excuse for this. It is a serious error on my part I must amend. In beginning doing so, I went on the Criterion Channel (my love, my life) and there was spotlighted the works of Cheryl Dunye. I had never heard of Ms. Dunye so I watched her first feature film The Watermelon Woman from 1996. A wise investment.

My initial reaction to The Watermelon Woman was that it was a tremendously hard movie to categorize. This, in part, is perhaps the biggest lesson to be gleaned from the film. The story follows Cheryl (played by Dunye herself) in her quest to uncover the history of a Black actress who was only ever credited as “The Watermelon Woman”, relegated to playing house slave roles in films with titles like Plantation Memories. In her investigations, Cheryl discovers that this actress (whose real name was Fae Richards) happened to be a lesbian who was romantically embroiled with her White female director. In the parallel running narrative portions of the film, Cheryl herself strikes up a relationship with a White woman named Diana (Guinevere Turner).

The movie is in part framed like a documentary though there never actually was a Fae Richards. All of the “archival footage” involving her was fabricated by Dunye with the help of Douglas McKeown. I spoil this fact because it’s never actually revealed in the movie until the end credits with a “Fae Richards played by Lisa Marie Bronson” so knowing it doesn’t affect the film’s narrative or drama. It’s played straight and dummy me bought it hook, line, and sinker BECAUSE Cheryl Dunye thoroughly 1) knows the visual language of the documentary format and 2) understands the style of 1930/40’s filmmaking.

The lesson? KNOW YOUR VISUAL LANGUAGES AND UNDERSTAND YOUR STYLES. The Watermelon Woman‘s a flawed film. The performances, while spirited, aren’t great. The camera work in the narrative stretches is well composed but at times downright confusing (there’s a dinner scene that plays out like a dirge for the 180º rule). The script, while usually very funny, has entire scenes that swing for comedy and fall flat on their faces. This is definitely a first time feature directorial job. That’s not a condemnation; lord knows, if I ever make a first feature, The Watermelon Woman will put it to shame. What I mean by this is to illustrate that while any (and every) film has its flaws, the value is in its strengths and this movie has a lot of value.

Dunye knows her filmmaking. The “documentary footage” plays like documentary footage and the “archival footage” plays like professional and personal film from the 30/40’s. The Watermelon Woman is at its best in the “documentary” segments. Dunye’s passion is on full display as she strives to bring a name and life to a very real and sizable group of Black actors who have become all but swallowed up by history. Cheryl doesn’t approach her research with justifiable solemnity so much as knowing celebration of the talent and beauty of the representative Ms. Richards. Her level of engagement and enthusiasm is shown through her overly-passionate lip syncing along to Richards’ line readings and eager documenting of confidential files she unearths at C.L.I.T. (the Center for Lesbian Information and Technology). This is all shot on video and genuinely feels like a fledgling documentarian’s work.

For footage from Plantation Memories, Dunye and McKeown boil down limitations and trends of the period in MAYBE 30 seconds of film. From the static scope of the frame, the overwrought dialogue, the melodramatic staging of the actors, the film stock- If you want to capture or allude to the style of any period of film before the current, this is a masterclass in doing so. Similarly the handheld, personal footage of Richards throughout her life feels entirely authentic. Dunye and McKeown smartly avoid showing too much so as to never break credulity.

Now let’s talk about sex. Glancing through reviews of The Watermelon Woman, perhaps predictably most of them touch on the explicit lesbian sex scene between Cheryl and Diana. Jeannine DeLombard, in her review for the Philadelphia City Paper, described it as “the hottest dyke sex scene ever recorded on celluloid”. This review caused a lot of controversy at the time of the film’s release, resulting in one of the movie’s sources of funding changing its policies to avoid future uproars.

Michael Miner (the White American co-writer of 1987’s RoboCop) once said that European and African American filmmakers’ approach to violence is much more strong and consequence driven than that of your average White American directors. While I don’t yet feel qualified to fully agree with such an assertion, were it true I would extend it to sexuality as well. The erotic bluntness and honesty of the scene recalls Spike Lee’s Do the Right Thing when Lee rubs an ice cube over the naked body of Rosie Perez. When Dunye’s scene ended I realized that I had never seen a sex scene directed by a gay Black woman before. If you want to direct a sex scene, take note: It’s intimate and conveys a passion that resonates between the characters for the film’s duration.

This ran longer than I expected. If you have access to it (and if you’re reading this I assume you do), track down and enjoy Cheryl Dunye’s The Watermelon Woman. It’s a quirky and thoroughly individual film from a perspective and voice that’s all too rare in cinema.