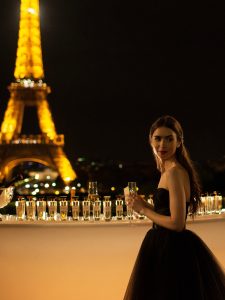 I think it’s safe to say few of us will look back on the year 2020 with fondness or nostalgia. As we experienced an unprecedented series of events ricochet across the country and the world – and in turn felt our stress levels skyrocket – a lighthearted, escapist Netflix comedy was very much needed. I had so hoped Emily in Paris would provide that space. It seemed on the surface that it would be exactly the mental flight to Paris we all needed.

The issue I found, however, was that the show remained a surface level series the whole way through. In an environment that is hopefully making a stronger attempt at recognizing underrepresentation in the wake of recent events – and perhaps I am being optimistic about Hollywood here –  Emily in Paris is disappointing in that it makes no attempt to ask more thought provoking questions of its audience than whether or not your friendship with your attractive neighbor crosses a line for his partner. The series is simply reminiscent of every affluent university student’s spring semester study abroad trip.

In fairness, there is nothing wrong with this inherently, per se – not every new piece of media needs to be groundbreaking, nor should it be across the board. The balance between revolutionary mainstream media and entertainment for entertainment’s sake is carefully or carelessly struck, depending on the day, but nevertheless it is there. I would like to note, though, that the consistent favorites of all the lighthearted series out there do address stimulating questions to ponder, and because of the subconscious mental challenges they present to their viewers, the “feel-goodness” of each episode is earned. Take, for example, a show that I had lower hopes for and was very pleasantly surprised by: Ted Lasso. Following the convention of presenting the audience with more information than the lead character has at the most important moments throughout, the plights of the other characters are personal as protecting Ted becomes essential to us. Their decisions are more interesting, and the underlying “what would you do?” heightens the stakes after every thirty minute episode. Even at its lowest moments, Ted Lasso has something to teach us or remind us of, but never once fails to drop its buoyant, playful heart – solidly cementing its spot on the list of Golden Globe hopefuls. 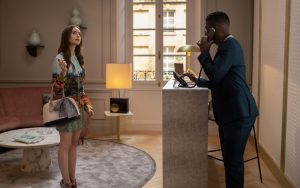 Because Emily in Paris fails to do the same, something definitively feels off about it. It wasn’t something I was aware of until weeks after I’d completed the first season, perhaps because I spent so much of it distracted by the costumes – which, by all rights, designer Patricia Field has nailed once again. The attempt to connect to its target audience, though, is too obvious through the heavy reliance on Instagram, provoking a likely unintentional self-awareness that comes off unattractively.

Now, regarding the Golden Globes: it’s easy to write off nominations like this (that is to say, widely confusing and seemingly irrational choices) when they happen, because there is usually at least one every year. The expected backlash pops up for a few days, and things calm down again. Which is why the true issue here is not simply that an unworthy show was nominated, snubbing others in the process (as is the case this year, many would argue, with the British series I May Destroy You, featuring a primarily Black cast and tackling a myriad of the difficult issues expected of a Golden Globe winner). What we need to be focusing on is that like Emily in Paris itself, Hollywood’s commitment to real change and progress appears to be surface level. Proven by our arrival at this dilemma year after year, we need to collectively understand that popularity does not – should not, rather – be the determining factor in a nomination, especially when the interests and ideals of Caucasian audience members are prioritized above other perspectives, as they are in most other areas of society. 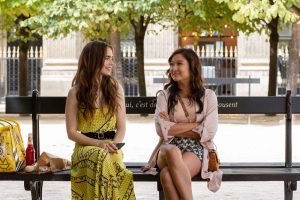 At the end of the day, without Miranda Priestly, there’s no cross-continental flight, snobby boss or Instagram follower count that will turn your show into The Devil Wears Prada, and the Golden Globes should reflect that.