The Standout Performance (and Character) in “The Dig” 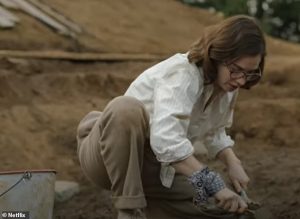 I came out of “The Dig” much as I do after every episode of “The Crown:” intrigued, emotional, and eager to furiously google the discrepancies between the production team’s version of events and the real deal. Archaeology was an unrealized childhood dream of mine at one point, and history is a current passion, so suffice to say the day I found the time to sit down and give this film my full attention was one of the most exciting moments of quarantine.

I was not disappointed, for the most part. With such source material, any competent screenwriter and director would be hard pressed to produce a wholly unsatisfying narrative, and writer John Preston and director Simon Stone are certainly not incompetent. An all-star cast certainly doesn’t hurt the film, either, though one performer in particular stood out even more so than legends of the stage and screen Ralph Fiennes and Carey Mulligan. 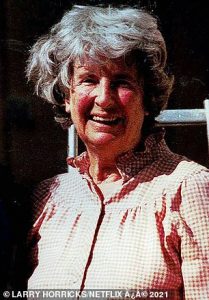 Lily James appears midway through the film as Peggy Preston, who in real life was was an accomplished archaeologist and one of the first members of the 1939 Sutton Hoo excavation team (the film’s basis) to discover the treasure hoard that had lain buried underneath Edith Pretty’s estate for centuries. Likewise, in the film, she is the first team member to unearth a piece of gold, channeling the excitement of the excavation into yet another groundbreaking (no pun intended) direction.

It’s interesting that the film chose to keep this tidbit of information featured in the film, as it seemed so insistent on discrediting Peggy as a knowledgeable archaeologist just half an hour earlier in the screenplay. She is introduced as “my wife” by her husband Stuart, stealing the character’s opportunity to distinguish herself as a major player in the Sutton Hoo discovery and automatically implying that she is of lesser importance than the rest of the team where she is as qualified, if not more so, than the rest. Shortly after, there is a moment pre-gold discovery that shows Peggy accidentally (but implied carelessly) stepping through a piece of the excavation, to the disdain of her mostly male teammates. One could decide to acknowledge this moment as a choice on the part of the director to recognize the blatant prejudices of the time, and to consequently attempt to paint Peggy for the rest of the film as a respectable and stellar excavator in spite of them. But if this was the aim, it failed; it read as one of the more typical and frustrating blunders of Hollywood blockbusters. There is no need for films to hit audiences over the head with women who need a mistake to fix in order to gain credibility as a character. Sympathy is another matter entirely, as a result of larger stereotypes that exist as part of our society’s bedrock – but that won’t change until someone has the courage to do things differently. 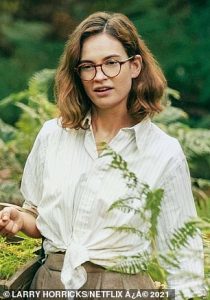 Still, Lily James’s otherwise unapologetic portrayal of Peggy is beautifully performed. Her subtle contempt for the role she has been forced into by her peers is something any woman of any time period can relate to. Further, I sense a quiet defiance in James, one that perhaps reaches just beyond the character she plays. I just wish the film world would similarly accept that simply acknowledging a woman onscreen is not enough, and finally embrace some different ideas of womanhood – any catering to the idea that female characters must fix or change something about themselves or their actions in order to grow is unacceptable.