The Screen’s Unseen: “The Peanut Butter Solution” is Completely and Utterly Surreal 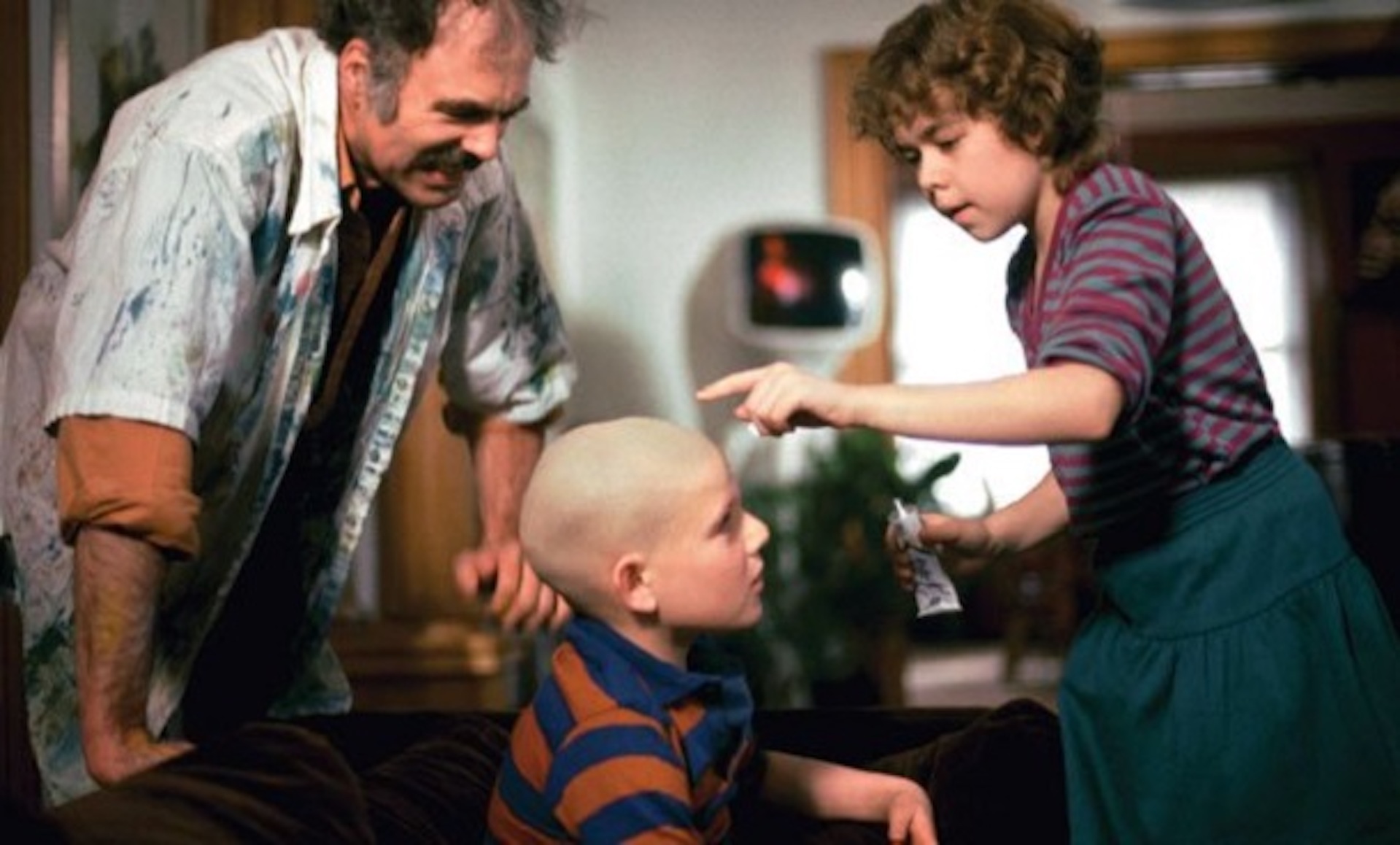 “The Peanut Butter Solution” is the cinematic equivalent of a dream. I’m not using “dream” to convey enthusiasm for the movie; I mean to say that watching “The Peanut Butter Solution” is literally like watching the nonsensical thoughts and images one sees while they sleep. This is possibly the only movie I’ve viewed in which the oft-lambasted “All Just a Dream” trope would actually explain the events that transpire on the screen.

The film begins innocuously enough. After a fire consumes a nearby house, a boy named Michael explores the charred building with his friend Conrad and receives an offscreen fright while inside that renders him unconscious. After Michael comes to, he finds that he’s lost his hair. Diagnosed with “Hair’em Scare’em” — hair loss caused by a tremendous scare — Michael becomes despondent. Although Conrad, Michael’s father, and Michael’s sister try to fix Michael’s hair loss (at one point resorting to gluing a wig onto Michael’s head, Mr. Wormwood style), their attempts are ultimately unsuccessful.

Surprisingly, Michael’s grief and anger at the loss of his hair is natural and effective; Matthew Mackay does good work in the leading role. For the first 40 minutes or so, he helps keep the movie grounded in what one would expect from an oddball kids flick from the 1980s. These forty minutes aren’t stellar — the movie suffers from poor pacing and stilted writing — but at least it makes some sense.

However, the movie starts to go off the rails when Michael is visited by the ghosts of several people who perished in the house fire. The ghosts give him the titular “Peanut Butter Solution,” a mixture containing peanut butter that they assure Michael will induce hair growth. But Michael adds too much peanut butter to the recipe and his hair begins to grow back at an alarming rate.

“The Peanut Butter Solution” then abandons a streamlined plot in favor of increasingly bizarre scenes featuring a disturbed art teacher, magic paintings, and kidnapped children forced to make paintbrushes from Michael’s hair. Strangely enough, the movie inexplicably shifts its focus to the search for the missing children (Michael among them) that is conducted by Conrad and Michael’s sister.

What’s even more bizarre than Michael’s absence from the second half of the film and the events I listed above is just how unaffected every character is by the strangeness around them. For example: The crazy art teacher walks around wearing a coat made of Michael’s hair and nobody reacts. In a town where a kid who struggled with excessive hair growth is missing, doesn’t anyone think to call the police? Or at least raise an eyebrow?

The movie flirts with absurdist heights, but is ultimately too weird to succeed as a comedy. It doesn’t help that the music rarely matches the tone of each individual scene; what should be funny often feels eerie, and what should be frightening comes across as amusing.

Usually, movie reviews explain the merits and demerits of a movie. However, my experience reviewing “The Peanut Butter Solution” has been, for me, one of less analysis and more catharsis. As I’ve been writing, I have been brainstorming potential ways to explain this flick. Earlier, I proposed that one plausible explanation would be to reveal that the entire film was a dream. Here is another: Since this movie was released around the time that the War on Drugs was underway, I submit that “The Peanut Butter Solution” must have been intended as an anti-drug PSA, and the producers of this movie forgot to include the disclaimer telling kids to stay clear of illicit substances. One thing is certain: This movie is your brain on drugs.