The Screen’s Unseen: Ride a Wild Pony is Admirable, but Mediocre 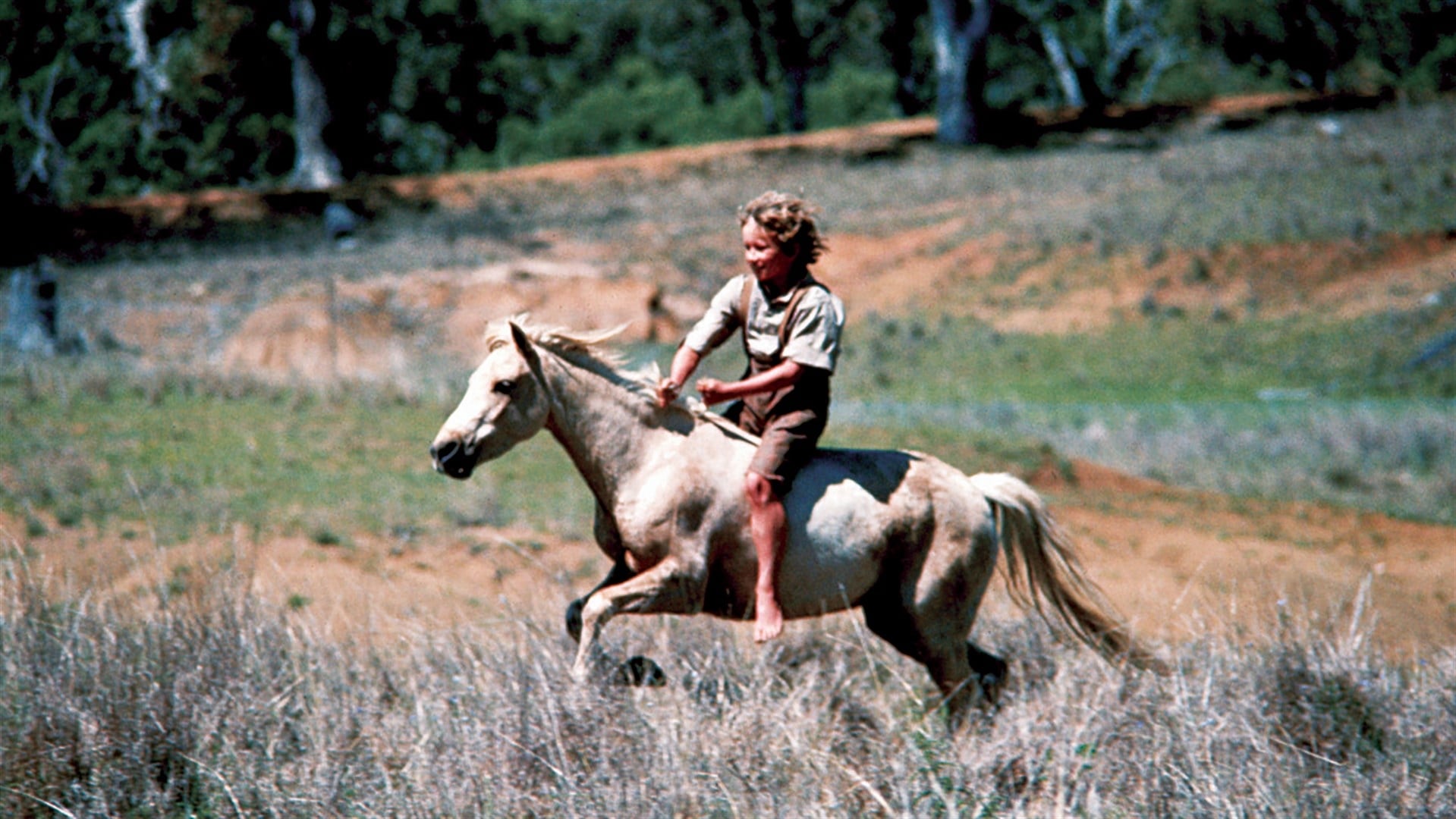 Despite the fact that I delight in both children’s fare and obscure movies, the principal emotion that the 1975 Australian-American Disney production Ride a Wild Pony evoked in me was frustration. The movie exhibits an admirably grounded approach to storytelling and strong acting, but it settles too often for mediocrity. There’s a leaner, more character-driven flick underneath the film we do get.

Scotty’s success in riding Taff doesn’t translate to success in training him to behave, however, and one day, Taff escapes his enclosure and finds his way into a nearby herd owned by the rich Mr. Ellison. As Scotty searches fruitlessly for his pony, Taff comes to the Ellison house. There, Taff learns to pull a cart for Mr. Ellison’s daughter Josie, who longs for the chance to ride freely after polio rendered her unable to walk.

Unaware that Scotty owns Taff — and with Scotty unable to definitively prove his ownership of Taff — Josie rechristens the pony “Bo” and forms a connection to the animal. As you have likely guessed by now, the two leads eventually conflict over the ownership of Bo/Taff while townspeople rather callously pick sides and place bets on the outcome.

The lack of right and wrong in the central conflict, as well as the townspeople’s response to the affair, speaks to the emotional honesty in Ride a Wild Pony. The script elicits sympathy for the plights of Scotty and Josie. Believable lead performances from Robert Bettles and Eva Griffith prevent the movie from slipping into melodrama, while the supporting cast members all demonstrate commitment to their roles. The film possesses a level of realism that is admirable, if surprising, for a kid’s flick. (The most comedic part of Ride a Wild Pony, not counting the amusingly literal title, comes unintentionally: During one of Scotty’s searches for Bo/Taff, Scotty’s mother visits a family friend and informs her of Scotty’s disappearance. In response to the news of a missing child, the bizarrely unaffected friend cheerfully offers tea.)

The trouble is, the movie fails to flesh out motivations and craft character moments that really resonate. Since Bo/Taff functions as a gateway to a better life for both Scotty and Josie, a superior movie might have depicted the protagonists considering what Bo/Taff means to the other. Crafting a reluctant relationship between Scotty and Josie might have contrasted the town treating their dispute like a sporting event. It’s even possible that comparing the statuses of Josie and Scotty — sheltered and rich vs. poor and marginalized — may have raised worthwhile questions.

Ride a Wild Pony also drags on longer than it should, despite only clocking in at 91 minutes; there’s really only so much material you can wring from a dispute over a pony. Multiple scenes of Scotty lamenting Bo/Taff and wandering across the Australian countryside could have been excised from the film. By the time Scotty finally wanders back into the movie and crosses paths with Josie, 45 minutes have elapsed — almost half the runtime.

In an idiomatic sense, “hidden gem” cannot describe Ride a Wild Pony. Yet, I submit that these words apply to the film when taken at face value. At its core, the movie has the potential to be truly special, although the version that we get exists in a rough, uncut state. Properly cut and polished, a great children’s film would emerge.