The Rise of Low Budget Horror in the Modern Era 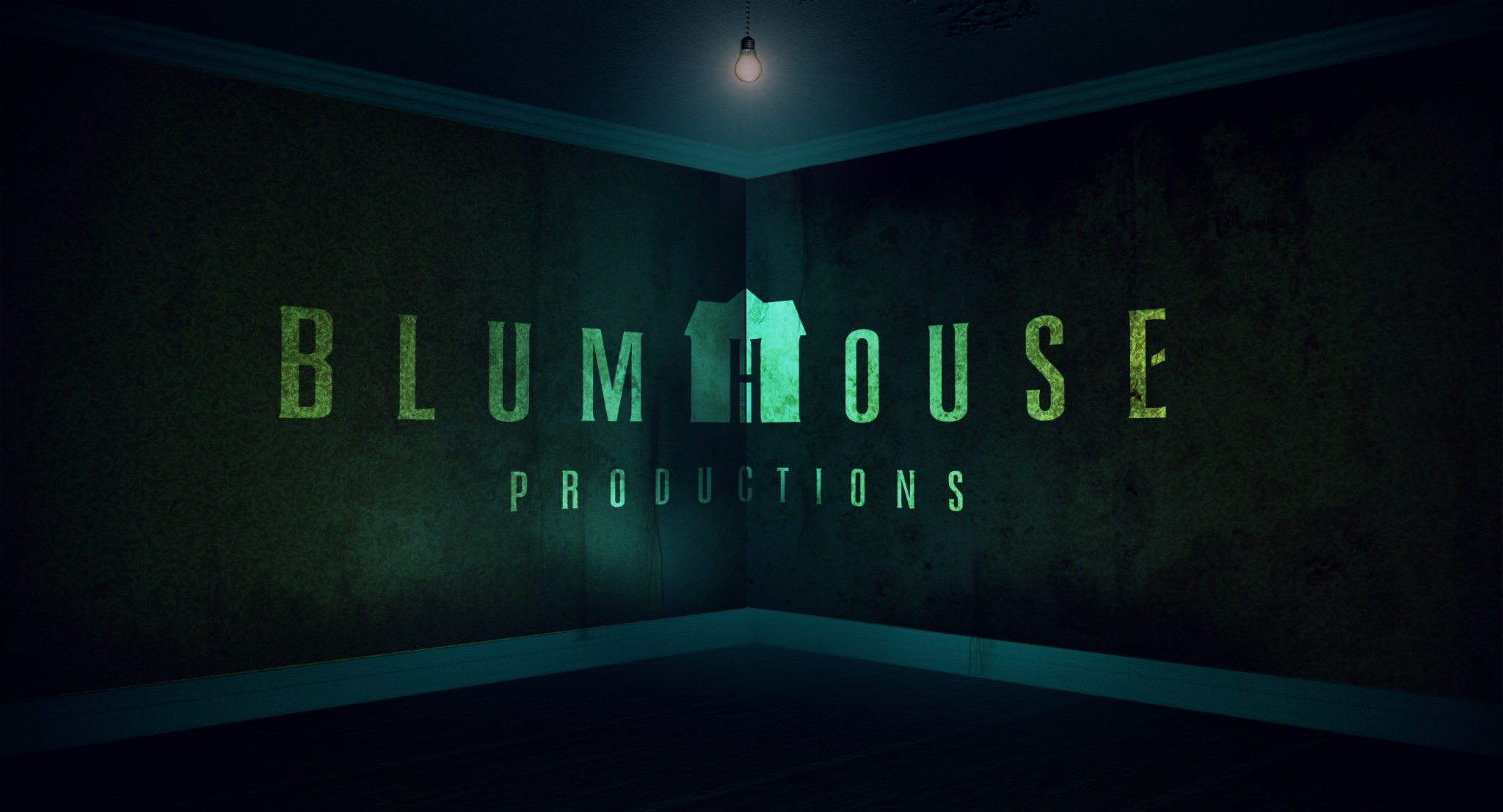 Low budget horror has always been a lucrative genre in the consciousness of the film industry. This isn't merely just during "Spooky Szn." Low Budget Horror has shown that it can perform well at any point of the year. If you consider The Silence of the Lambs to be horror (which I do), then you would see that even something like that can shine as early as February. Other notable films within the genre released early in the year are Get Out and Us, both written and directed by Jordan Peele. Yes, The Blair Witch Project and Paranormal Activity serve as the greatest success stories in the history of shoestring budget horror. But, I'm not really talking about them.

Well, what am I talking about?

I'm speaking, of course, about Blumhouse.

Blumhouse: A Titan of the Industry

For those of you unaware, Blumhouse Productions has become the poster child of Low Budget Horror in the film industry semi-recently. I could get into their extensive history, but I only mean to discuss their recent successes. Blumhouse has produced some of our favorite horror films we've come to know and love in the past decade, but they've also dabbled in a couple Oscar darlings such as 2014's Whiplash and 2017's Get Out. What's more, Get Out was produced on an eye-opening budget of only $4.5 million and went on to make over 50 times that amount at the box office. The model works. But, can it revive a prospective cinematic universe mapped out by a company 10 times its size?

What has really caught my eye this year is that Universal Pictures had called upon Blumhouse to save their dying Dark Universe. This horror cinematic universe features remakes of old Monster films such as The Mummy, The Invisible Man, the coming re-imagining of The Wolfman, and so many more they had planned to produce in the years to come.

Universal had feared that their "Dark Universe" was dead on arrival. After the huge bust of The Mummy reboot back in 2017, they had prepared for the worst. In the years since being seemingly dead in the water, Universal had to rethink their strategy completely. This is where Blumhouse, and the concept of the Low Budget Horror business model comes in. Leigh Whannell was slated to write and direct the remake of The Invisible Man after Blumhouse saw the quiet success of his 2018 indie Sci-Fi/Horror hit Upgrade. Blumhouse saw great potential in Whannell after they witnessed what he could do with just $5 million. Upgrade tripled that in theaters, which is exactly what the Blumhouse model is all about. Low risk, and maybe a low payoff, but a return on investment nonetheless. 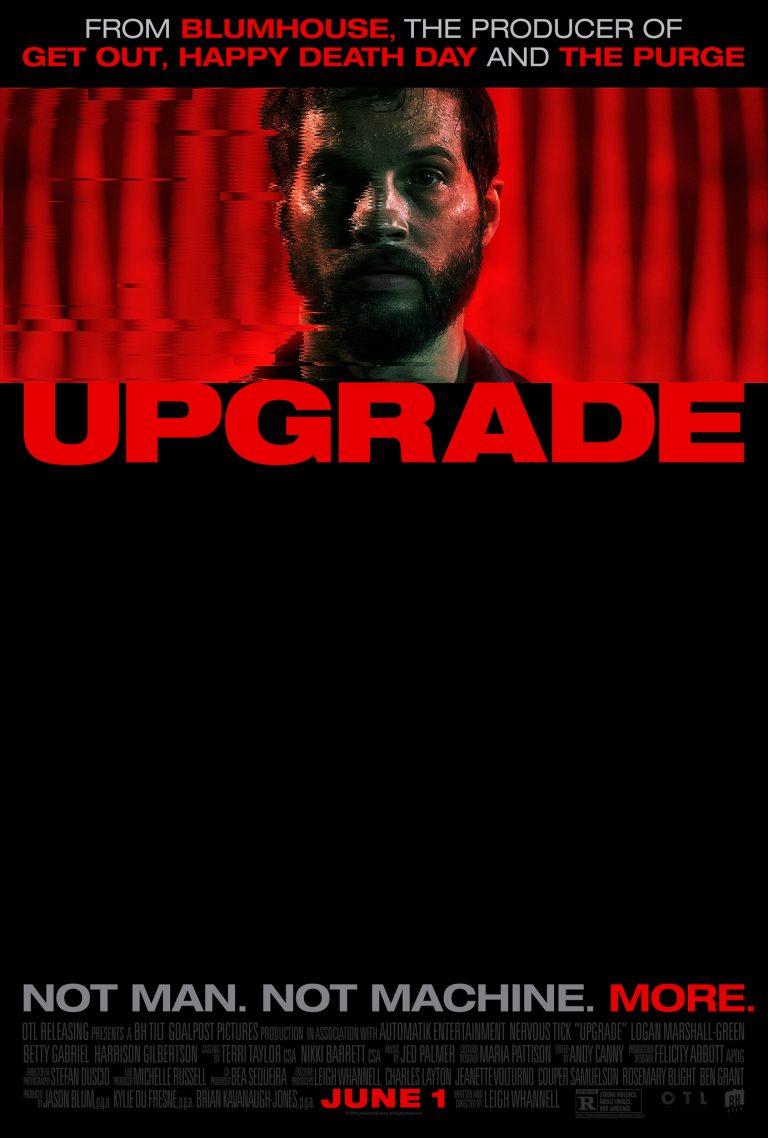 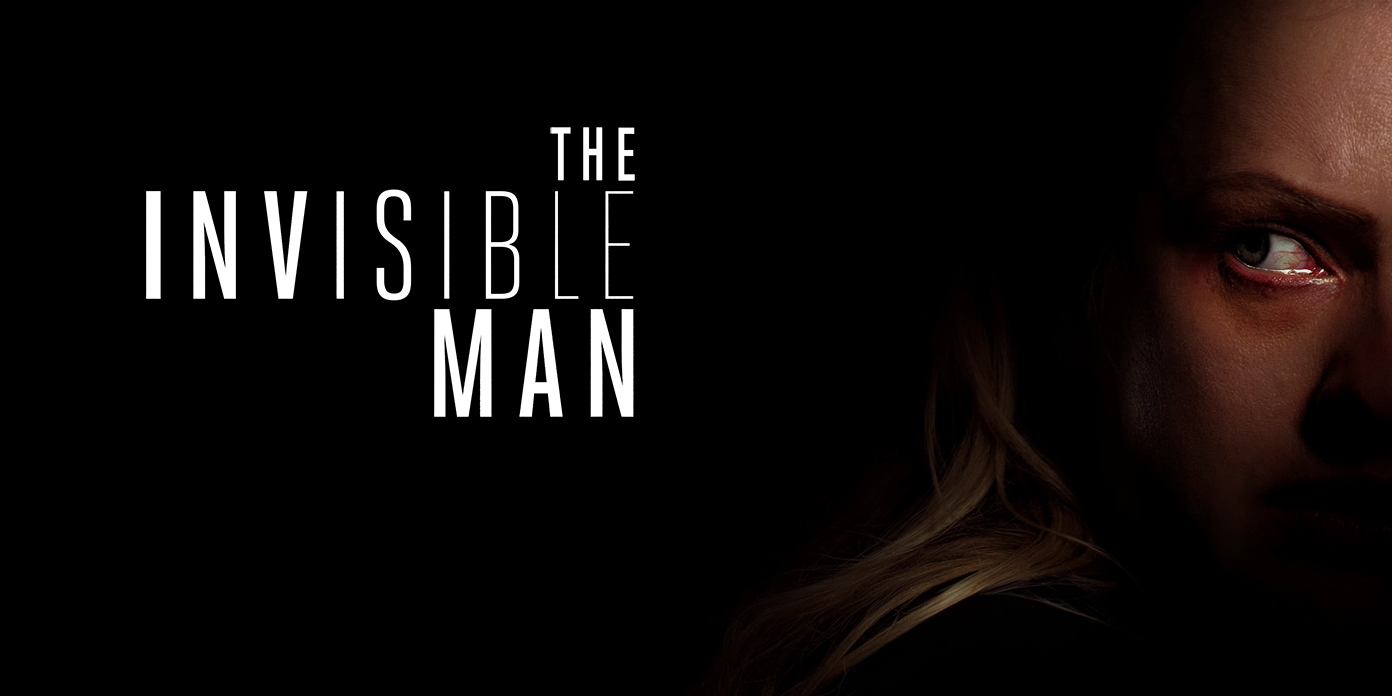 This is exactly what they set out to do with The Invisible Man. Whannell updated the classic horror film with modern themes and injected a bit of Sci-Fi into the already intriguing premise. Blumhouse, doing what it does best, budgeted the film at a modest $7 million. Now, I know what you're thinking. That's a lot of money, right? Sure. But, by Hollywood standards, that's a very low budget film. Especially considering what they had to accomplish with this film. Granted, most of the effects are practical, but it did require a good bit of computer generated images throughout the course of the film. With that in mind, they were relatively stingy with their money.

The film went on to rake in $134 million worldwide. Talk about a MASSIVE return on investment.

We could make this entire discussion about Blumhouse, but I wanted to shed some light on some other smaller, but still noteworthy successes. A24 has been known for taking on weirder independent projects in the past. It's known for taking risks, in that respect. Very likely, it's most known for its huge Oscar upset win with Moonlight capturing the crown over La La Land for Best Picture back at the 2017 Oscars.

However, what you may not know is that their business model is somewhat similar to that of Blumhouse concern taking low risk projects and steadily releasing them in theaters throughout the country. This was, of course, back when times were precedented.

More specifically, A24 has distributed films like The VVitch, Hereditary, Midsommar, The Lighthouse, Green Room, and It Comes at Night. Their most high-profile case of Low Budget Horror being a financial success would be The VVitch back in 2015. The film was premiered at the Sundance Film Festival that year and had its official US release in October, with a budget of $4 million and bringing in over $40 million. That's a huge success for a film of that caliber. 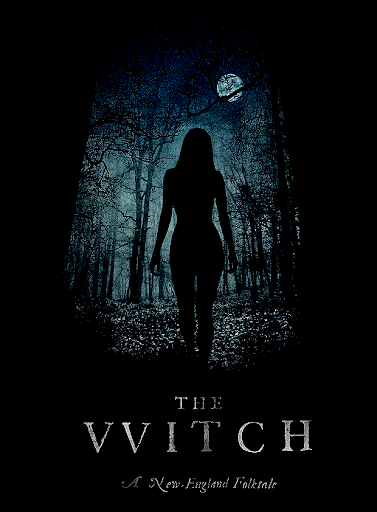 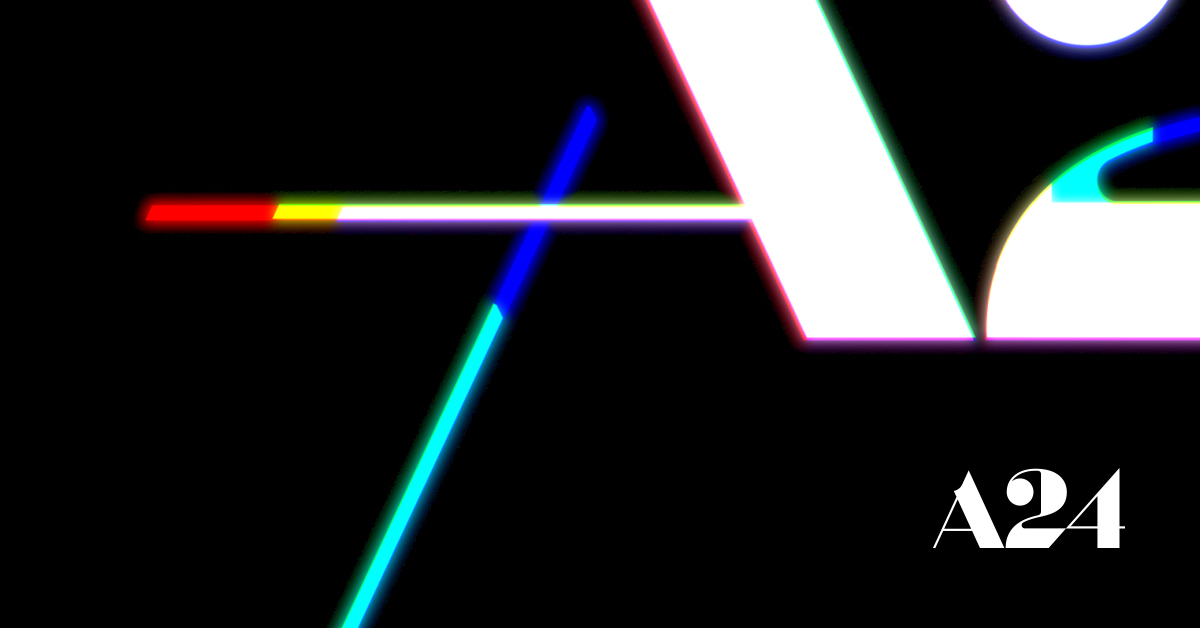 The success of The VVitch allowed A24 to continue on with this same business model in the years to come. But it's not so simple as nabbing a Low Budget Horror film and tossing it in theaters across the nation. Smaller, independent film distribution companies like A24 have to be careful about how they strategize with their films' release and distribution. I'm sure it will shock you to know that funneling your film through the theater system does cost a good bit of money. Not to mention, how to market your film. How do you get people to know about your film's release date and where otherwise?

One thing I've noticed about companies like this, and films that don't really inspire much confidence when it comes to how much the film can bring back to the company monetarily: they do the slow-play strategy. This relies heavily on word of mouth. Some companies simply do not have the money for a full fledged marketing strategy like most of the industry giants do. The slow-play strategy entails releasing the film in New York and Los Angeles at first. Then slowly releasing it out to other theaters across the nation, starting only with the bigger, more high-profile cities. Then, if the film is performing well (usually looked at with the "per-theater average") then they will release it out to theaters in smaller towns. Sometimes, it doesn't even get that far in the process. If the film is not performing as well as the company had hoped, then it will only show in theaters in larger cities, and will never even reach a city near you at all. I've seen this time and time again. And it's frustrating when it's those smaller films that you're more excited about than the typical franchises, blockbusters, and familiar properties that tend to dominate theaters everywhere. 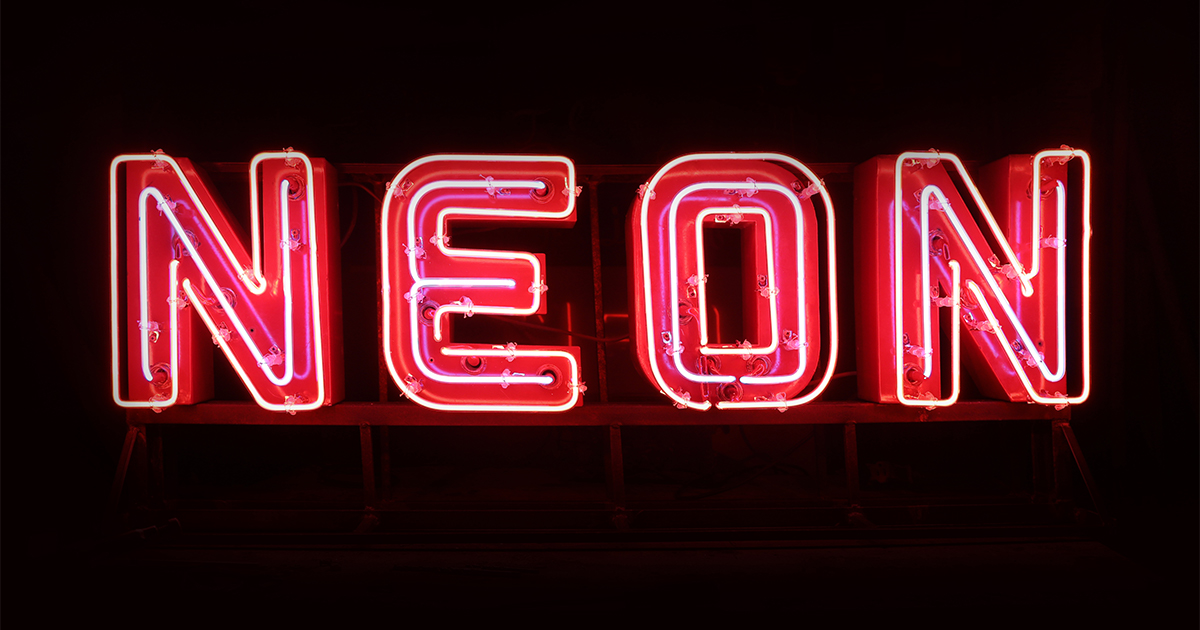 It's also worth mentioning that another smaller independent production/distribution company has adopted a similar strategy: NEON. You might have heard of them, as well. They recently won Best Picture at the Oscars with the film they acquired at the 2019 Cannes Film Festival: Parasite. That film has some horror elements and was relatively low budget as well. But, we won't get into that. Make no mistake, it's equally as important, but I have other points I wanted to get to.

Similar to my meditation on the death of movie theaters and the rise of streaming services as the primary platforms for how to get content out to audiences, NEON has adopted this strategy in recent times. Granted, when theaters were available to them, this allowed them to take a different approach. Now that COVID-19 has impacted our every day lives, such has it done the same to film distribution companies. NEON has turned to streaming services as a viable option when theaters are not lucrative anymore.

With the recent acquisition of The Lodge, this film has seen a home on Hulu as NEON struck a deal with them to have all or most of their films be hosted there. You might have noticed this when popping on several of their films on their service, but maybe you haven't. The Lodge was acquired by NEON at the Sundance Film Festival and was moved to the service after a lackluster theatrical run. Additionally, NEON released She Dies Tomorrow recently this year straight to streaming, available to purchase or rent on PVOD. Both are moody and atmospheric psychological horror films which you might find with an A24 stamp on it, in terms of similarity in tone and theme. 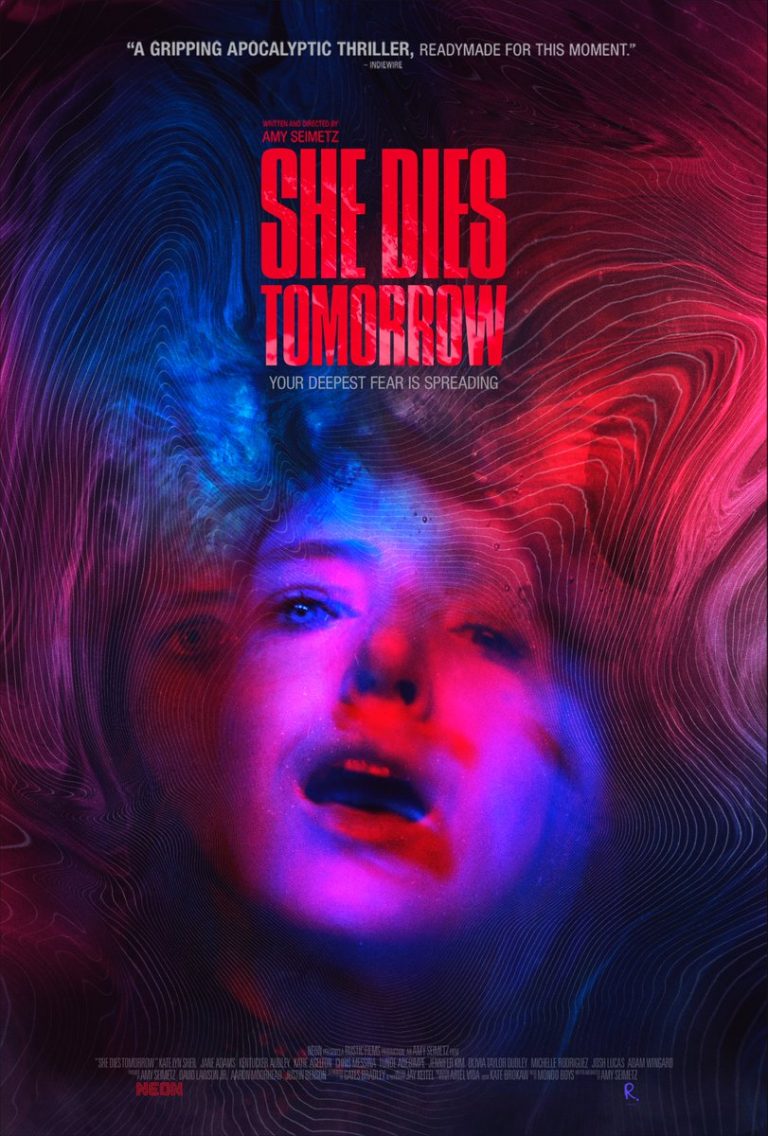 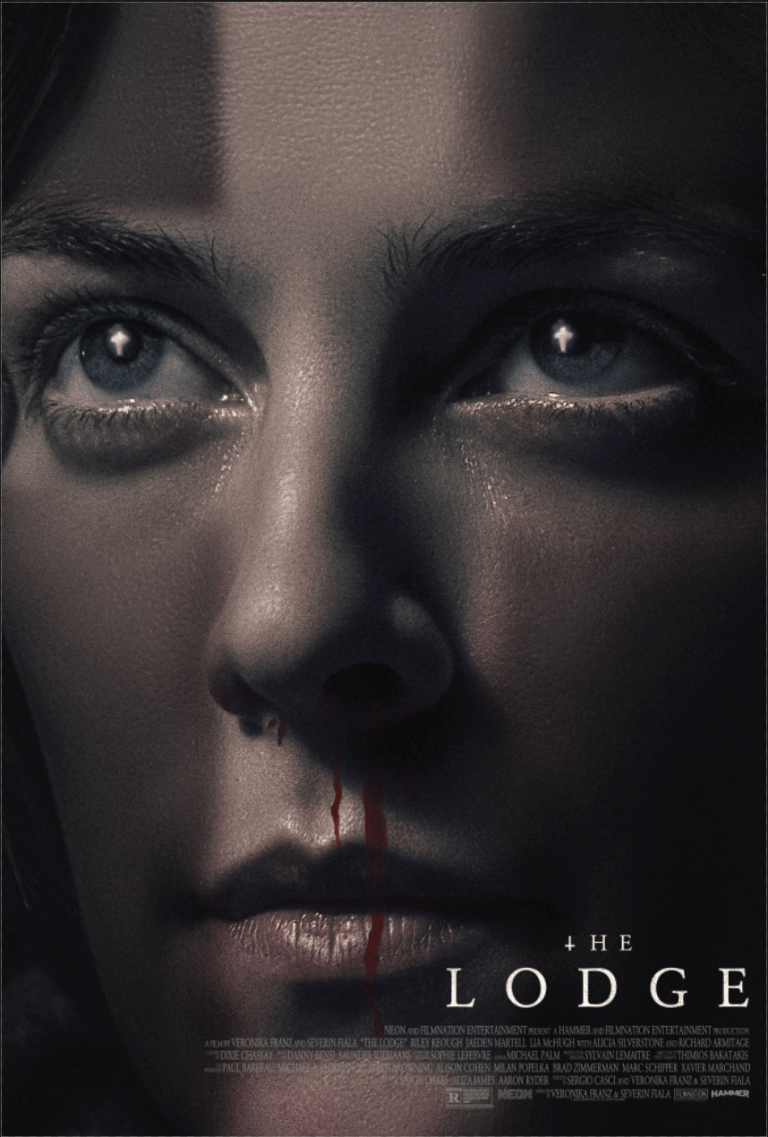 These are interesting cases as neither of them really made NEON any money. But, it's worthy to note, She Dies Tomorrow was rumored to have a budget somewhere between $200-300k. The film reportedly has made close to $1 million by now. That's little to no risk on NEON's part, and they've already made their money back and then some. As for The Lodge, there's no reported budget for it and has been said to have made roughly over $3 million at this point. It's tough to tell if that film was a success or not.

The overall point here is that these companies have a completely different strategy than the higher profile, Goliath production and distribution companies that seem to run Hollywood. It's an entirely valid business model, as these three companies I've mentioned have already seen great, if not mammoth success as a result already. Needless to say, we might see more and more of these companies partner up with streaming services to distribute their films to the masses, if not create their own somewhere down the road.

Rumor has it, A24 has (or had) a plan to create a streaming service exclusively with their own films on it. From there, they can decide which films to give a proper theatrical release, or just drop the film straight to streaming, or with the PVOD caveat.

So, What Does The Future Hold?

This is good news for filmmakers with authentic voices who want to be heard (and seen) by many. It's bad news for movie theater enthusiasts. But, regardless of your opinion, this is where the industry is headed. And only time will dictate who's here to stay.