The McNeil Minute | Surprises and Snubs at the SAG Awards 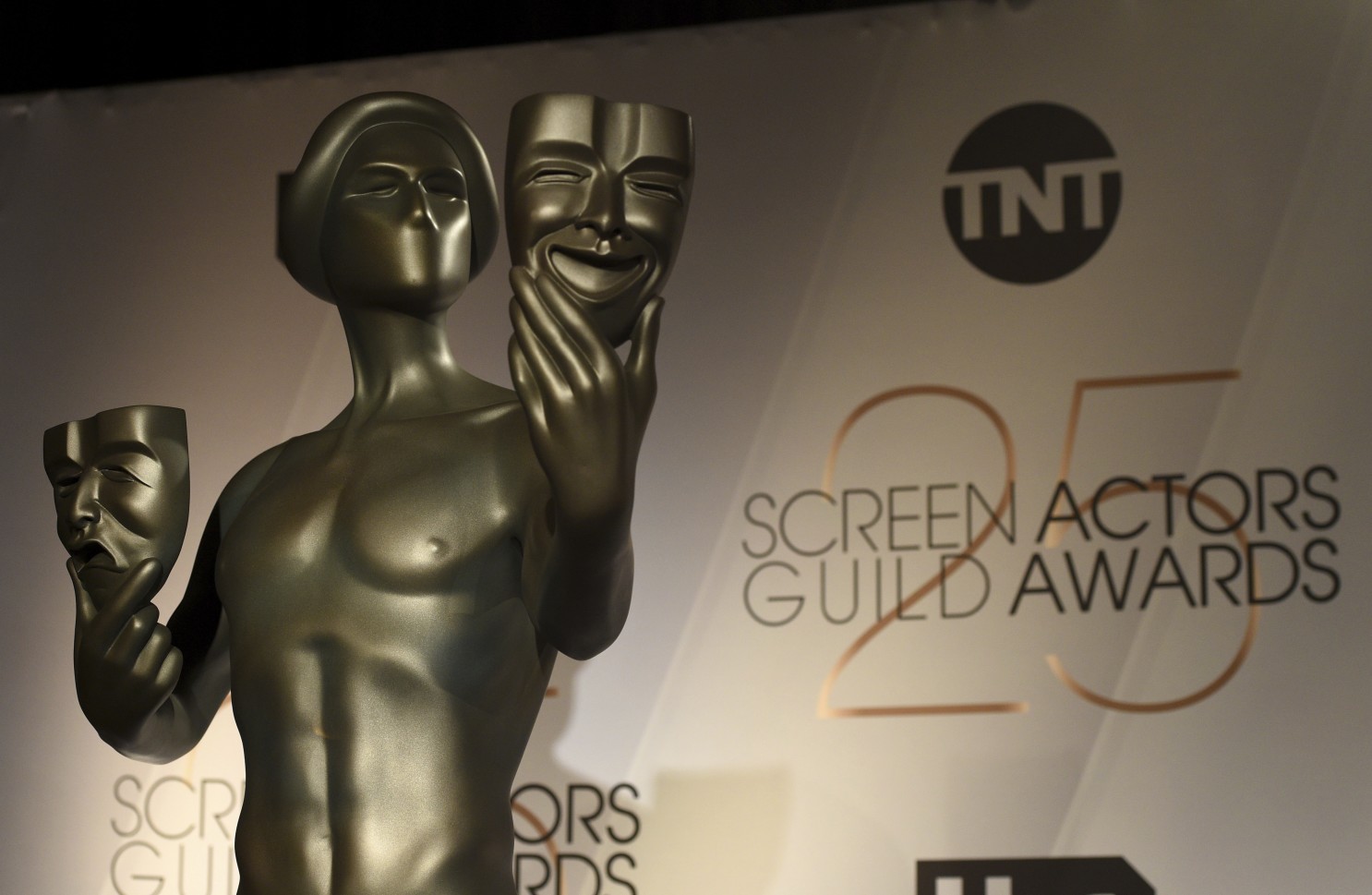 This certainly is the question in this already puzzling race for the ever-coveted golden statue. As always, there were surprises, there were snubs, and there were expectations unsurprisingly met. I will get into what exactly I mean by that, but first, let's talk about what exactly SAG means for the Oscars. By this point, races are either solidified or completely shaken up by the SAG awards. For instance, last year, 1917 was the clear front-runner for the Best Picture Oscar. This was further complicated by the fact that Parasite won the Best Ensemble award at SAG, which can mean a Best Picture win at the Academy Awards. This rang true for Bong Joon Ho's unique masterpiece. 1917 wasn't even nominated for Best Ensemble, but many thought Once Upon a Time in Hollywood would be the film to give it a serious run for its money. Parasite rocketed itself into that conversation once it took home the top prize at SAG last year. Now, as for this year, many believe Nomadland to be the front-runner to win Best Picture, myself included. SAG has just changed that game with their choice. Let's dive into the winners now.

We can all pretty much safely say by this point that Daniel Kaluuya is going to win the Best Supporting Actor Oscar for his portrayal of Fred Hampton in Judas and the Black Messiah. This award is more than deserved and would be my pick. He has my favorite supporting performance of the year and I can only feel bad for the other nominees losing to him once again. I predict a clean sweep by him in this category from here on out. I believe the next awards show is likely the BAFTAs, and he should clean up there, as well as the Oscars.

My favorite supporting actress performance did not win here, but I certainly cannot argue with who did win here. SAG usually predicts who will win the Oscar as well, depending on how the rest of Awards Season has gone. Yuh Jung Youn won for her performance as the grandma in Minari. It's a wonderful performance that's also deserved, so I'm happy for her and satsified with their choice. There was no way my favorite performer was going to win, as she wasn't nominated. Amanda Seyfried's performance in Mank was nominated for an Oscar, however. She may win there on an outside shot, but she is the least likely to. My prediction and hopes are not likely to come to fruition. It's my hope now that Youn will win the Oscar, thanks to SAG making a fine choice.

A race has been solidified here, if it hadn't already. Chadwick Boseman picked up yet another win here and it's all but inevitable at this point that he will win the Oscar. If there was ever any doubt before, there shouldn't be anymore. There's no question in my mind he'll be crowned the victor at the BAFTAs and has the Oscar locked up as well. There's a very outside shot Sir Anthony Hopkins could steal away the BAFTA from him, and that could complicate things a little bit. I highly doubt that this is likely, as he's almost undoubtedly going to sweep the rest of the way, just as he's done so far.

This has become the most complicated race of Awards Season after SAG. Andra Day won the Globe. Carey Mulligan won Critic's Choice. Viola Davis has now won SAG. None of them are nominated for the BAFTA. It's between Frances McDormand and Vanessa Kirby at the BAFTAs. Meaning we will have a different winner for each ceremony throughout the course of Awards Season. So, this will make the Oscar even more unpredictable. It's anybody's guess who will win at the Academy Awards at this point. My money would still be on Mulligan, but it could just as easily be any of the five. It's anyone's race now.

The top award at SAG, as I alluded to earlier, has predicted some Best Picture winners in the past. Despite Nomadland's historic run, we might have a new front-runner for Best Picture now. According to Gold Derby, Nomadland is still the odds-on favorite to win the top prize at the Oscars, but its odds have decreased and Minari and The Trial of the Chicago 7 have both risen in their estimate. If you haven't learned already, The Trial of the Chicago 7 beat out Minari for Best Ensemble at SAG. Minari really needed to take this in order to nail down its chances to play spoiler at the Oscars. The Trial of the Chicago 7 has now solidified itself as a serious contender for Best Picture against Nomadland. It's still between these three, but Trial has gained a huge victory here that it desperately needed. As stated, Nomadland was on an historic run throughout the course of Awards Season, sweeping nearly every important ceremony. It was not nominated for SAG, so it had no shot to take this home. But, it can still take home the BAFTA for Best Film and it's still the likeliest to be top dog at the Oscars, as well. Only time will tell in that regard, and Minari still can lay in the weeds.

It's worthy to note, Nomadland won PGA which is also a very solid indicator of who wins at the Oscars. Taking home that top prize is quite telling. Soul also won for animated film at PGA, so that has solidified its place as the clear front-runner for that category. I also wanted to point out that this was the first time in history that the winners of supporting actor, actress, and lead actor and actress were all people of color. Boseman, Davis, Kaluuya, and Youn all winning their respective categories made SAG history. And then subsequently the top prize went to a predominantly white film, so go figure. We returned to the status quo immediately after making history. It's my hope that the Oscars will not take a giant step back by awarding mediocrity when they have a chance to give it to a truly deserving and quality film. Whether that be the idiosyncratic pick in Nomadland or a film that has actually been beloved by many, in Minari. If I had it my way, Judas and the Black Messiah, the best film of Awards Season, would just win everything. Of course, it wasn't even nominated at SAG. But, it is, however, nominated for the Best Picture Oscar. It's a very unlikely choice, but it would be the right one.

What do you think of the winners? What, if any, are your opinions on their Oscar prospects? Who are your favorites?

Let me know in the comments below!