The McNeil Minute | Settling the Likeable vs. Unlikeable Characters Debate 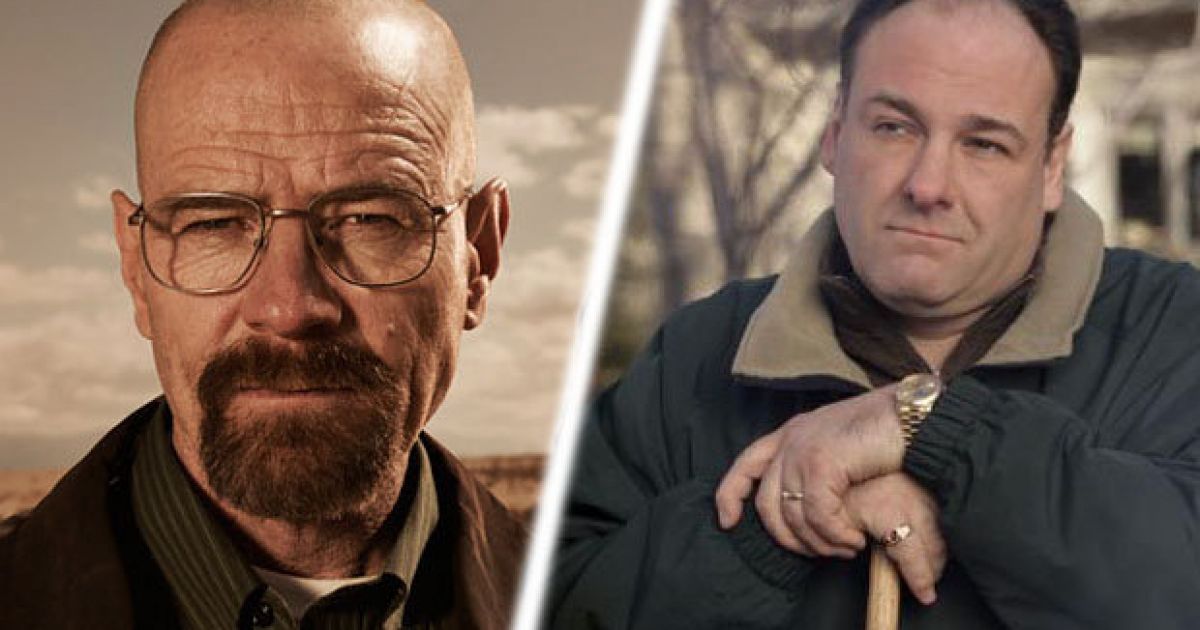 Do We Have to Like a Character to Root for Them?

I've often heard people say "I couldn't get into that show/movie." Why? "None of the characters were likeable." While this might be a fair criticism, people still love the shows or movies that have unlikeable characters. Of course, this is also something that's subjective to the person. Who is unlikeable to some, might be lovable to others! That could be a preference thing, but what about the shows with objectively unlikeable protagonists/characters? For the sake of the argument, let's say Tony Soprano is an unlikeable hero in his story. The Sopranos, essentially The Godfather of television, right? Would people turn off the TV because Tony Soprano is unlikeable? No! You'd have to be insane to turn that show off. It's unbelievably entertaining and is hailed as one of the best written shows in television history. But, why don't we turn it off if Tony is unlikeable? Why are we compelled to continue watching if that's the case? Let's dive into that.

Sympathy for the Anti-Hero

Now, if our protagonist is unlikeable, typically they are called anti-heroes. We're used to heroes and villains, good vs. evil, all that. Anti-heroes tend to blur the lines between good and evil. They make the black vs. white into grey. Moral ambiguity is what makes them compelling characters. The protagonists who do bad things but with good intentions. The bad people who strive to do good. The road to Hell is paved with good intentions, right? Let's go back to Tony Soprano for a minute. He's a mobster who has a normal family life. He performs what we would consider to be bad, even horrific actions to provide for his family. Noble intent, am I right? We also get a deep dive into his psyche thanks to the scenes with his psychiatrist. These scenes have some of the best character development in all of long-form storytelling. Not to mention, his really weird and messed up dream sequences. Tony is definitely the poster child for a great anti-hero. He says and does terrible things, but he has a slick sort of charm to him. Couple that with his healthy intentions and you've got yourself a sympathetic anti-hero.

I'm sure you can tell where I'm going with this. All you really need is sympathy for your character. We don't have to like the protagonist or anti-hero, as long as we can understand why they do what they do. Another example I like to bring up is the film Manchester by the Sea. It remains to be one of my favorite films of all time and one of my favorite scripts I've ever read to this day. If you haven't seen this film, I highly recommend you do so immediately. Bring some tissues on your way, though. Anyway, in the film, we meet Casey Affleck's character who is mopey and doesn't seem to have a passion for living whatsoever. Of course, we're left to wonder why that is. He intentionally gets himself into trouble, i.e. snapping at customers at work or getting into bar fights. Right off the bat, we don't really like this guy. Then, a family tragedy occurs and he's left to take care of his nephew. More and more flashbacks reveal that dynamic and why this is the case. Also, we then learn of another horrific family tragedy and we get to the source of his mopeyness and his low passion for living. From there, we can only root for him because we now know why it is he's depressed and grieving. Again, sympathy, or even empathy, for our protagonist. I hope to all that is sacred you don't know exactly what Lee Chandler is going through in that film, though.

Everyone wants a white knight to root for in their shows or movies. Or do they? Making a supremely likeable, almost impossibly likeable, protagonist is overdone. The first few scenes involve them saving a kitten from a tree, helping an elderly woman across the street, or opening the door for someone who is struggling with a bag of groceries. Good lord, gag! Not everyone is perfect. We all know that. Flawed protagonists are the most interesting characters we have. They're just like us. Flawed. Good writers know this. Giving a protagonist flaws deepens the character. Dive into that. Why is it they are flawed? Do they have past, unresolved traumas? Sure, they're good people. But they fuck up sometimes! Just. Like. Us.

Sometimes they shut their friends and family out of their lives. Perhaps there's lies and scandal going on they can't seem to escape. They bury themselves deeper with even more lies and deceit. What are the skeletons in their closet? Breaking Bad is another case in which we root for the character right away. Sympathy for the protagonist immediately. Walter White begins cooking and selling meth in order to pay for his cancer treatments. Boom. We're in it right away. We sympathize with him and we understand his situation. We get exactly why he's doing what he's doing. He also has a family to take care of. This is kind of the reverse of what we've been talking about, though. Walt starts out as a sympathetic character, and then descends into madness and evil. But, weirdly, we still kinda root for him. Even despite the despicable things he says and does. Granted, some may have stopped rooting for him by a certain point, which is fair. But, I would say most can't help but root for him regardless of what he's done. He's still had us from the very beginning, and we've become far too invested to stop now. Just desserts in the end and all, we still sympathized with him. Even if we didn't like him by its conclusion.

How can these unlikeable characters be redeemed? Well, this might seem obvious. I've often heard the term "irredeemable" thrown around. These despicable anti-heroes and villains have done far too much evil to be redeemed after it all. Is this true? Not necessarily. We want to believe that everyone can have a second chance. Everyone deserves a shot at redemption, right? I know what you're thinking: what about Stalin or Hitler? Okay, extreme examples. Don't come at me with that. Everyone knows they are irredeemable. Okay. But what about some of our favorite television characters? What about Darth Vader? Jaime Lannister? See, now we're talking.

As for Darth Vader, he pretty much had as close to a perfect redemption arc as one can have in feature films. Jaime Lannister, on the other hand? Well, let's just say a couple people fumbled the hand-off on that one. However, if we could do a revisionist history sort of deal with Game of Thrones, Jaime Lannister was, indeed, set up for a perfect redemption arc. Spoilers ahead for Game of Thrones, obviously. Jaime Lannister was a very complex, interesting, infuriating, fascinating character on the show, and presumably in the books, too. We went from hating him, to sympathizing with him, to liking him, to loving him, and back to hating him again, in the end. His arc by the end of the show was merely done for shock value or even subversive tactics. Subverting expectations is only good when it's done in a significant and meaningful way for the character and to surprise the audience, in the best of ways. This was not at all the case for the writing of Jaime Lannister's by the end of the show. What should have been done was to give him the chance at making a profound choice (like killing Cersei) or allowing someone else the chance (Arya) to do the job. Now, this would not have subverted our expectations as viewers (as many had theorized to kingdom come about this) but at the very least, his redemption arc would have been complete. And now, we have a satisfying end to his character. Or, he could have given him the opportunity to broker a peace between the factions. Or, and hear me out, HE could have killed Daenerys instead. Going from Kingslayer to Queenslayer. Killing the Mad King and coming full circle by killing the Mad Queen. In any case, none of these happened, and he goes back to his sister and dies from a couple of bricks instead. Sigh. Alas, we can only lament what was and what could have been. I digress.

Have I Solved the Debate for Good?

Probably not. But, hey, at least you see my point. Right? Make the case for the unlikeable protagonist/anti-hero. That's all you have to do. Make your case. Why should we root for this person who is seemingly unlikeable? You've given us reasons not to like them, so make the case for our sympathy. And even do this for your villains, too! Make them sympathetic, even if we're supposed to hate them. Sympathy for the villain only makes them stronger as characters. If we understand why they're doing what they're doing, it only makes the story deeper and more effective. Villains do not have to and should not be evil for the sake of being evil. That's not interesting. So make them unorthodox, and make them compelling. After all, they're only human, too.

And that's what matters in our stories. Humanity.

So, give them the sympathy they need and deserve!

Then, your viewers won't shut your movie off.