The Unholy (2021) could have capitalized on a fresh take to possession films, especially the classic ones involving the Catholic Church. The story of pagan times in early America mixed with witchcraft and corn husk dolls piqued interest in the beginning . It had the capacity for a different possession tale. 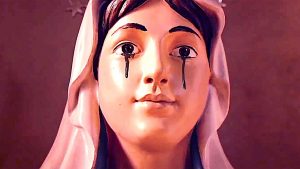 Unfortunately, the skeleton of The Unholy held all that potential. I came to this realization as the credits rolled to inform me that skeleton was based on the novel Shrine by James Herbert. The bitter truth is the movie ended up being a 99 minute trailer for the book. Rather than pondering the film I just saw, I walked out the theater searching for the novel on my phone.

The adaptation written and directed by Evan Spoliotopoulos could not decide how it wanted to present itself. It danced between exhausting repetitive scenes and dialogue that spoonfed its audience. I was told what was happening more than I was shown. The editing needed to be more decisive in script and post- production. Adaptation is difficult. One of the more important goals of adaptation is showing the viewer what the book told the reader. This was very much lost in this theatrical cut.

Through a few clicks of research to ensure I got the names and dates correct for this review, I discovered an interview with Spoliotopoulos where he discussed briefly how covid guidelines affected the production. He stated this had an effect on the first two acts of the film but not the third as that was filmed before any lockdowns. I am curious to know the extent of these necessary guidelines made on the film but it is challenging to think how it would share any responsibility to a poorly structured script. 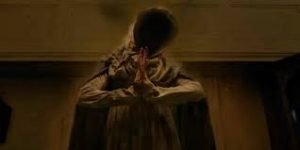 Within horror, less is always more. The fear of the unknown needs to be gifted to the audience so they can fill it with their imagination. Our imagination will always create something more horrifying and personally tailored than anything presented to us on screen. I prefaced this to say the vengeful, corrupt spirit the characters encounter was revealed on screen for too long and too many times to hold any ounce of terror by the final confrontation of the film. This is where the genre battle solidified. It felt as if the film desired to be a Catholic action movie with more fight sequences than suspense with the spirit. Over dramatic scenes and shots between Gerry Fenn (Jeffery Dean Morgan) and the spirit was cheap change exchanged for short- lived entertainment rather than focused horror. 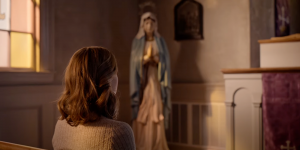 The idea that blind faith can lead believers down the wrong path was a theme planted early on that got sacrificed for these action scenes. A theme that held the capability to speak upon glamorizing preachers like we see in megachurches culture today. There was an attempt at this when Alice (Cricket Brown) gained traction online claiming to be speaking to the virgin Mary. A magnitude of creativity ignored to line up a few nice shots and witless one liners.

Jeffery Dean Morgan did the best he could with his over explanatory lines. He fit the gruff, fallen journalist character of Gerry Fenn naturally. Cricket Brown was the saving grace of the film as she was quite convincing as the mouthpiece of ‘Mary’. Brown really breathed life into Alice as a young woman ready to dedicate her life to faith. She established the connection to the viewer to care for these characters and their story. The most interesting part of Alice’s journey that sets this film apart from other possession movies is that Alice saves herself in the end. The rest of the cast stumbled their way through their clunky roles, especially Cary Elwes as Bishop Gyles. However, it is unknown whether there is blame for actors whose roles should have been cut during the writing phase.

This adaptation required more resolute execution. The Unholy is worth skipping out in theaters and pay- per- view. The best recommendation is a casual watch once it hits streaming platforms for free but until then just watch the trailer online which is more thrilling than the final product. 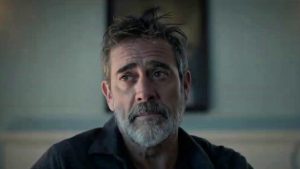