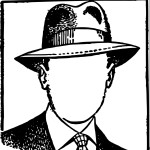 As theaters slowly begin to reopen across the country and with delays on films coming to an end, we see an effect that has been years in the making. Major changes are happening in Hollywood and films in general. Let’s take a deeper look at what exactly these changes are, how we got here, and how 2021 is shaping up to showcase this.

Streaming platforms are bigger than ever and have changed the way films are thought of, watched, and enjoyed. Before you could see any movie you wanted in the comfort of your own home, you had to go to a theater or to the store to rent the film. This created more of an emotional draw to the film as it was treated as an event that drew together family and friends. This is not to suggest that people still don’t get together to watch their favorite films or go to the theater when the new blockbuster comes out, however, it’s less frequent than ever before. Most people would rather wait for a film to hit iTunes or Netflix instead of spending money at the theater largely due in part to rising ticket prices. Currently, the average ticket price has increased to $8.25, which puts a family of four at $33 for tickets (Taylor). And this is before buying a single concession. During a Roundtable interview with The Hollywood Reporter, director Quentin Tarantino stated, “I don’t know if we are giving people enough reason to leave their house and go to the movies.” He went on to add, “This is a working man’s art form, it’s not opera, it’s not theater, it’s not going to a big concert, the idea was that anybody could go and see a movie.” This can be seen today with the release of Disney’s Cruella as it is reportedly making the majority of its revenue from Disney+. With premier access at only $29.99, it is cheaper for a family to stream it at home rather than go to the theater. With theaters on the decline even before the COVID-19 pandemic, it is only a matter of time before theaters are a thing of the past.

During the past decade, there have been some amazing films released such as The Social Network, Parasite, Her, The Handmaiden, and Good Time. However, during this time – and this is true of 2021 as well – we have been plagued with sequels and remakes that make you wonder what has happened to Hollywood. Have we as an audience changed or does Hollywood not know how to change at this moment? American New Wave aka New Hollywood was one of the most important changes to film. Young, new directors were empowered to create movies with their vision, which lead to some of the greatest films ever made: The Graduate, Rosemary’s Baby, The Godfather, The Deer Hunter, Taxi Driver, Kramer vs Kramer, and Apocalypse Now. It’s easy to see what these films contributed to our culture and why they are discussed so frequently. But what does this have to do with Hollywood today? Today, companies want assurance that films they invest in will garner a profit as cost of creating a film is so great. They want tried and true directors and are less willing to take a risk on a new face. This is why Hollywood loves sequels so much; they know that people will come see a film because they’ve seen it before and enjoyed it. Why watch the original Jumanji with Robin Williams when you can see the new remake with Dwyane Johnson and Jack Black? Why take a chance on a small film with little buzz when you can see Cruella, a spinoff of a classic film? This lack of respect Hollywood has for its audience changed the views of a lot of people, making indie films very popular. A24, Bold Films, Film4 Productions give us some of the most memorable films of the decade: Moonlight, The Disaster Artist, The Florida Project, Drive, Whiplash, and Ex Machina. They bring us vision, just like New Hollywood and are only growing.

It’s easy to say that quality films are harder than ever to find. I do believe Hollywood has deviated from the path of the original film art form and I am not sure if it will ever go back. I do not care for remakes and sequels; in fact, it’s upsetting to see a lack of creativity, especially when Hollywood can afford it. I do not mind theaters or their prices as I enjoy films in their intended format. Theaters bring you into the film with no distractions and take you on a ride only paced by the director. Martin Scorsese wrote about this in the New York Times stating, “For anyone who dreams of making movies or who is just starting out, the situation at this moment is brutal and inhospitable to art. And the act of simply writing those words fills me with terrible sadness”. Despite all of this, I truly believe that the art form will never die or lose what it meant in the first place so long as there are passionate people willing to keep it alive.

Citations: “Martin Scorsese: I Said Marvel Movies Aren't Cinema. Let Me Explain.” The New York Times
“How Much Does It Cost a Family To Go To The Movies?” - Chad Taylor