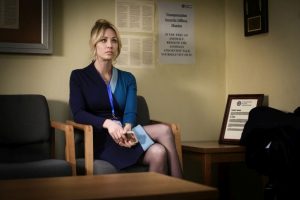 I haven’t binged a show in a long time, but The Flight Attendant got me.

Let me preface my review with an anecdote: once, during my university days, I came across a short film called Operator, which confronted one very straightforward and focused idea: what is it like to be on the first responder side of an emergency call? The 999 operator in the film talks a very frantic and terrified woman through an emergency situation, and the operator is the only character we observe onscreen. After a few minutes of working through the details of the emergency, location, etc., the line cuts out, and we witness the operator take a moment to herself, obviously overcome with emotion and distress at her caller’s unknown fate. And then, before she can fully process what she has just borne witness to, the phone rings, and she’s back on first responder script.

I bring this up because such a simple concept had the incredibly hard-hitting effect of forcing us to realize that there are people most of us have always just assumed exist as an extension of their function in society. Over the course of a couple of minutes, we are confronted with this uncomfortable truth about ourselves, and I certainly think flight attendants (coming around full circle here) fall into that category. So, right off the bat, The Flight Attendant is a pleasure to watch because we are witnessing such a normal pre-pandemic part of life from a perspective we’ve not much considered, and new perspectives are extraordinarily refreshing however we can find them as one day bleeds into the next. 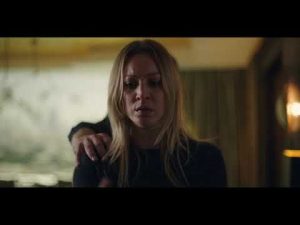 Then, the inciting incident: our heroine, Cassie, wakes up in bed next to a dead man, with little to no memory of the preceding events. Though Cassie herself is not a very likable character, the circumstances are intriguing, and I’m going to lend Dorian Cheah’s sound design for the series a lot of credit – it underscores Cassie’s personal traumas and personal breakthroughs well, but does not seek to make us feel too sympathetic to the point that we excuse her behavior. This is important if we are to believe the bad decisions Cassie makes over and over again – it can be cringeworthy to see a character you relate to and are emotionally attached to make a series of borderline unhinged choices, and when that character is the lead, the show becomes more difficult to watch.

The Flight Attendant is a fun ride from start to finish – well-written, with enjoyable performances and solid direction, but what I enjoyed about it more than anything else was the reminder it provided that not every piece of art produced needs to be groundbreaking or life-changing in the way Twitter can sometimes make it seem. Especially given everything that is going on, it can be invigorating to lose yourself in a series simply for the story and nothing else. And while, yes, there are some very heavy issues tackled by The Flight Attendant – Cassie’s alcohol addiction and abuse, for instance – at no point does the show bite off more than it can chew, and it was nice to see a creative team define their limits and stick to their strengths. At the end of the day, everyone loves a good whodunnit. 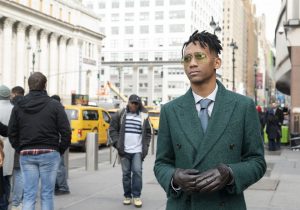 Tl;dr – The Flight Attendant won’t change your life, but it comes with a very high recommendation from me if you are looking for an enjoyable 8-episode total escape from… well, whatever it is that is currently happening to the world.