Hey there everybody! It’s Jeff once again. I hope you read my “Top ten favorite films of 2021” list. At the end of that one, I said I would make another list celebrating the films that just missed my top ten. This is that other list. You may be thinking, “Jeff, why is the honorable mention list longer than the actual top ten list?” Well, I would respond to that by saying, “That’s just how many good films I saw last year.” I simply just couldn’t contain it to only ten films. There was a lot of love to spread around for sure. Now enough with this introduction! Here are the twenty other films from 2021 that stood out to me in a major way:

Undoubtably the most foul-mouthed film on this list, this starts off as a rowdy character piece but slowly turns into something much tenser. John Pollono adapts his own play and leads the cast alongside a game Jon Bernthal and Shea Whigham. The last 40 minutes in particular blew me away.

The Last Duel is Sir Ridley Scott declaring that he’s still got it. Though it’s not an easy watch due to the subject matter, this epic did not deserve to bomb at the box office the way it did.  It is fueled by intrigue, intense combat and a fantastic Jodie Comer performance. Sir Scott, I’m sorry if I ever doubted you. 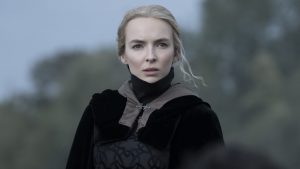 Blockbuster science-fiction on a grand scale, Denis Villeneuve’s adaptation of Dune is just as good as I wanted it to be. Even as someone who never read the classic book series, I was engaged throughout the entire 155 minute runtime. Now if only I could invent time travel and see part 2 already.

Andrew Garfield absolutely kills it playing Rent creator Johnathon Larson. It’s one of the best performances any actor, male or female, has given in 2021. Regarding the film itself, the songs stick in your head, it is genuinely inspiring and it made me appreciate someone I never really thought of before.

Judas and the Black Messiah

Released a year ago this month, this one still stands out as an important piece of shameful American history. This is a film that made my blood boil. I probably won’t want watch it again anytime soon but it certainly is special. Also Daniel Kaluuya absolutely deserved his Best Supporting Actor Oscar.

If you ever thought Will Smith can’t still bring it, do yourself a favor and watch King Richard. Even as someone who has never played or watched tennis, I found this film to be completely captivating. I also appreciated the film’s complex tone in regards to exploring such a polarizing public figure.

The Harder They Fall

This epic and action-packed western is a whole heap of fun. With an eye-popping all-star cast, everyone gets their time to shine. The dialogue and characters are oh-so-cool and it certainly had me coming back for a second viewing. This film shows us that there’s still some treasure to be found in the old west.

How have I never heard of these guys before? Any music nerd with a taste for weird rock/pop should definitely see Edgar Wright’s loving and career-spanning tribute to the unstoppable duo known as Sparks. If nothing else, it will give you a reason to make a Sparks playlist on your preferred music app. 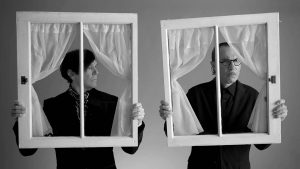 Jim Cummings and PJ McCabe’s dark satire set around L.A. talent agents is uncomfortable in its’ humor and unpredictable in its’ twists. Lead actor Cummings handles both exceptionally well. This may be too strange and awkward for some but I found a lot of nervous laughter in this unsettling tale.

Speaking of uncomfortable, Shiva Baby is a brief film that leaves a large impression. Director Emma Seligman finds an excellent way of getting both laughs and tension within the same scene. This is a comedy driven by anxiety and star Rachel Sennott fully embodies that feeling.

The Summit of the Gods

Netflix has a gem with this sadly overlooked and gorgeously animated drama. This is all about what makes mountaineers brave enough to take on intense winter weather all for the love of the game. It’s a fascinating look inside a climber’s mind as well as an excellent mystery and it surely deserves more recognition.

Kind of like an Irish Guy Ritchie movie, Pixie is a properly fun story of  killers, gangsters and drug dealers. Now with that description it sounds pretty grim but, like Ritchie’s filmography, this is a fairly sharp and funny crime comedy. Dear Hollywood: Please give Olivia Cooke more roles like this.

This Sundance hit is a serious charmer and fully embraces the term “crowdpleaser.” The actors in it, whether hearing or otherwise, really give this movie a soul. A comedic family drama told from a rarely seen perspective, I really hope more people get to check this one out. If you got Apple TV, give it a shot. 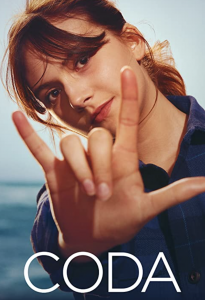 Leave it to the master to reinvent a classic. West Side Story is a glorious update of the 1961 love story from the legend himself, Steven Spielberg. All these decades later, it still packs a punch. This is not just a lazy cash-grab remake and lead actress Rachel Zegler in particular is a true breakout star.

Jena Malone and Pablo Schreiber star in this slice-of-life drama that slowly snuck up on me. It’s a story about flawed characters, past mistakes, family and second chances. I really got to know these people as they worked and strived towards something better. By the end, I admit I was very impressed.

Writer/director/star Justin Chon showcases an issue here that I was completely blind to. This is a breakthrough for Chon as he handles all three jobs with his heart on his sleeve. With this one, get ready for an emotional rollercoaster. Shoutout to Alicia Vikander for also reminding us why she’s an Oscar-winner.

We don’t see a ton of animated documentaries out there. With that said, Flee proves that a riveting story is a riveting story no matter the style. This is an incredibly powerful story that hooked me at every heart-wrenching turn. More so than most films last year, Flee is a story that deserves to be heard.

Bob Odenkirk gets his John Wick/Equalizer moment and boy does he not waste it. In terms of pure, no b.s action, Nobody was the one to beat in 2021. This is from the writer of John Wick and it shows in a good way. If you’ve enjoyed those films and never thought of Odenkirk as an action lead, pop this one on.

Much like animated documentaries, horror movies revolving around Orthodox Judaism don’t appear that often. Good to know then that The Vigil  expertly gives you plenty of psychological scares. Writer/director Keith Thomas works well with a low budget and Dave Davis gives a sympathetic performance.

Roadrunner: A Film About Anthony Bourdain

This documentary about the man, the myth, the legend, Anthony Bourdain, is both full of love and tragedy. If you’re a fan of his, it’ll be hard to finish this film and not feel at least something. Voiceover controversy aside, we get to know Bourdain through those closest to him. It works to show us the man behind the legend.

And there you have it! 2021 is over and done with! Now of course I haven’t seen every big film from last year. I’ve still yet to see The Power of the Dog, Encanto, The Tragedy of Macbeth, Val etc. But I have to say I am very happy with the films I saw last year. Hopefully these two articles gave you a reason to have a movie night and discover some new favorites. May we all have a blessed 2022. Thanks for reading!