Hello all! It’s that time of year again. As you may know, it is practically impossible to see every good film that came out in a certain year. This past year’s list though? I feel pretty good about it. It was a great year for independent films. We saw the first films of some exciting new storytellers as well as some filmmakers who have gotten even better. Hold up though! I haven’t forgotten you blockbusters. The superhero and musical genre in particular had notable stand-outs. Starting off the list is, in fact, a musical. Let’s get right to it: Here are my top ten favorite films of 2021!

West Side Story is the big musical on award shows’ minds this year and I really did enjoy that film. But, for me, there was one musical that stood out from the rest. Jon M. Chu’s spirited adaptation of Lin-Manuel Miranda’s stage play is a joyous reason to get up and dance. It’s no surprise that I love a great feel-good movie and this is no exception. While In the Heights certainly has its’ valleys, its’ peaks take you high. It’s hard not to get swept up in this story’s style and music. It’s also hard not to grow attached to these characters. The musical numbers here are full of life and these songs rang in my head ever since I left the theater. This was some of the most fun I had watching a movie this past summer. Of course I had to make room for it here.

The most insane and (bleep)ed up viewing experience I’ve had in 2021. The first thirty to forty-five minutes of this film are visceral, unpredictable and genuinely shocking. It is not for the faint of heart. However, this is absolutely one of the best films of the year. The absurd creativity that comes from writer/director Julia Ducournau is mind-boggling. What sane mind could come up with this story? Titane may make you squirm but it is also a surprising and even sweet story of family. Hell, it’s even funny in certain parts. I have not stopped thinking about this film since I first saw it in October. Watching it again recently is still an unforgettable experience. Boasting a great soundtrack and sympathetic performances, Titane is a wild one worth seeking out. 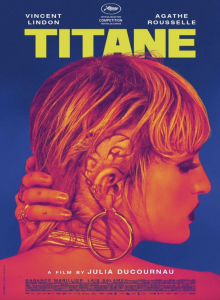 Nine Days is a small indie about the best parts of life and the worst. Yet none of this film is pretentious or overly melodramatic. Everything here rings true. Before Nine Days, my attitude was, “Oh hey, Winston Duke from Black Panther and Us. He’s cool.” But after Nine Days, my attitude is more like, “That’s Winston Duke damn it! Remember his name!” Edson Oda is another name you should remember. Much like my #2 film, this is a writing/directing debut that makes a slam-dunk of a first effort. You could say I’m very interested in what Oda does next. Even with a low budget, Nine Days creates a fully realized world. It uses its’ original concept to explore humanity as a whole. If you want a drama with something more on its’ mind, please check out Nine Days. 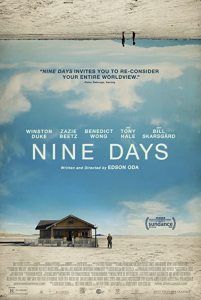 Riders of Justice is a peculiar film. It’s a revenge thriller…no wait, it’s a dark comedy…no, actually it’s a family drama. It is all of these things working together in harmony. Mads Mikkelsen is always going to bring it but he is supported by Nikolaj Lie Kaas, Nicolas Bro and Lars Brygmann in stand-out performances. I grew to love all of these characters. While the trailer sells you a typical revenge thriller, Riders of Justice becomes more than that. With its’ absurd humor and commentary on the nature of revenge, it runs a lot deeper than your typical action film. One minute it’ll make you laugh and the other it’ll make you tense up. It’s an outstanding piece of Danish cinema and fans of Mikkelsen would be wise to see this one as soon as possible. 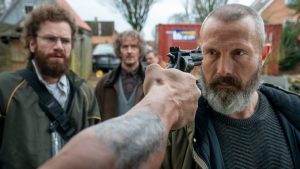 If this film proves anything, it’s that we should always have faith in James Gunn. The DC Extended Universe has had its’ ups and downs but they hit their biggest up with this film right here. Writer/director Gunn has taken his Guardians of the Galaxy formula and turned it into a hard-r anti-hero extravaganza. I am usually the one waving the Marvel flag but I have to give it to DC for this one. Marvel released four films last year and only one of them equals The Suicide Squad. This is one of my favorite comic-book films within the last decade. It’s absolutely deranged in its’ humor and is full of memorable characters with solid arcs. I predict I will be watching this one for many years to come (especially the bits with King Shark).

Mass is a film I saw very recently. I would’ve put this list out sooner but I wanted to wait until I saw this one because it came very highly praised. I’m glad I waited. Mass is a truly riveting experience. It’s an uneasy film to watch because it’s such a timely and horrific issue. It is not a stylized or showy film. Most of this film is literally just four parents in a room talking. That isn’t the most exciting description but, if you cherish especially great acting, you NEED to watch Mass. It reminded me of 2019’s Marriage Story, a film with such good acting that I immediately watched certain scenes again as soon it was finished. Writer/director Fran Kranz has crafted a harrowing showstopper. This is a special film and I can’t think of a better acted one this year. 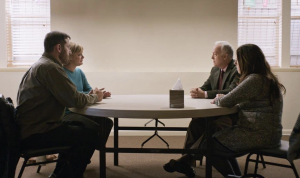 Wow. They actually did it. Spider-Man: No Way Home is everything I wanted it to be and  so much more.  I left the theater buzzing on a cinematic high. With over twenty films in the Marvel Cinematic Universe, not every film is a winner. Yet there are those that go above and beyond and this entry is one of them. These recent Spider-Man films in particular seem to get better with each installment. 2017’s Spider-Man: Homecoming was cool and 2019’s Spider-Man: Far From Home was quite investing. Now it’s with this third installment that they hit it big. Tom Holland has proven he’s been a worthwhile actor ever since 2012’s The Impossible and he shows us again why his Spider-Man lives up to the hype. This certainty puts the “amazing” in The Amazing Spider-Man. 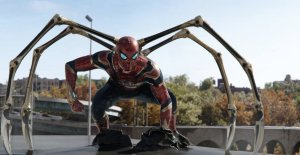 The directors of this film won an Oscar for helming the phenomenal documentary Free Solo. How could they ever follow that film up with something bigger? Well…they have. Jimmy Chin and Elizabeth Chai Vasarhelyi direct this exploration of a story that captivated the world a few years back. In 2018, 12 members and the coach of a children’s soccer team became trapped in a flooded cave in Thailand. The film is about the divers, Thai Navy SEALs and volunteers who tried to get them out. To say this film affected me is to put it very lightly. Honestly, I teared up about two or three times throughout this film. It is a truly unbelievable story. I loved Free Solo but I can’t deny that, for me, this one is even better. Even if you know how this story ends, it still packs a punch and is so worthwhile to check out. 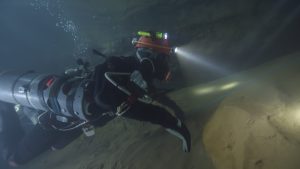 I have been raving about this one since I first saw it. Pig is probably the biggest surprise of the year. No one can ever say Nicolas Cage is a bad actor after watching Pig. If you are unaware of this film, here is the basic premise: Nicholas Cage is a truffle farmer. He lives in the woods with his best friend, a pig. Someone steals the pig. He will get his pig back. Now you may be expecting some John Wick-style vengeance thriller but what we get is something very different. This is a drama about the culinary world, grief, and new and old bonds. Alex Wolfe accompanies Cage on his quest and it’s easily the best performance I’ve seen from him. This is a small and strangely beautiful debut from writer/director Michael Sarnoski. Like a fine well-cooked meal, Pig is something to savor.

What can I say about Summertime that I already haven’t said? I feel at this point I’d just be overselling it. Let’s give it a go anyway: Summertime is a film that is full of vibrant life. It’s exuberant and impactful. This is like a musical but, instead of songs, people speak spoken word poetry. I know close to nothing about poetry but I was absolutely taken by this film. Each segment is enthralling and features some of the best performances of the year. In particular, let me please mention Gordon Ip, Tyris Winter and the absolutely outstanding Marquesha Babers. Here is a film nobody seems to be talking about but everybody should. Its’ power shoots through me and doesn’t let me go. It is an inspiring piece of storytelling and is indeed my favorite film of 2021. 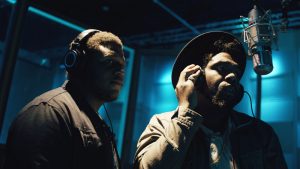 I saw a lot of solid films last year. So much so that I think I’ll just do a separate article for the honorable mentions. Thank you for reading this latest list and I hope we discover some more cinematic gold in 2022!