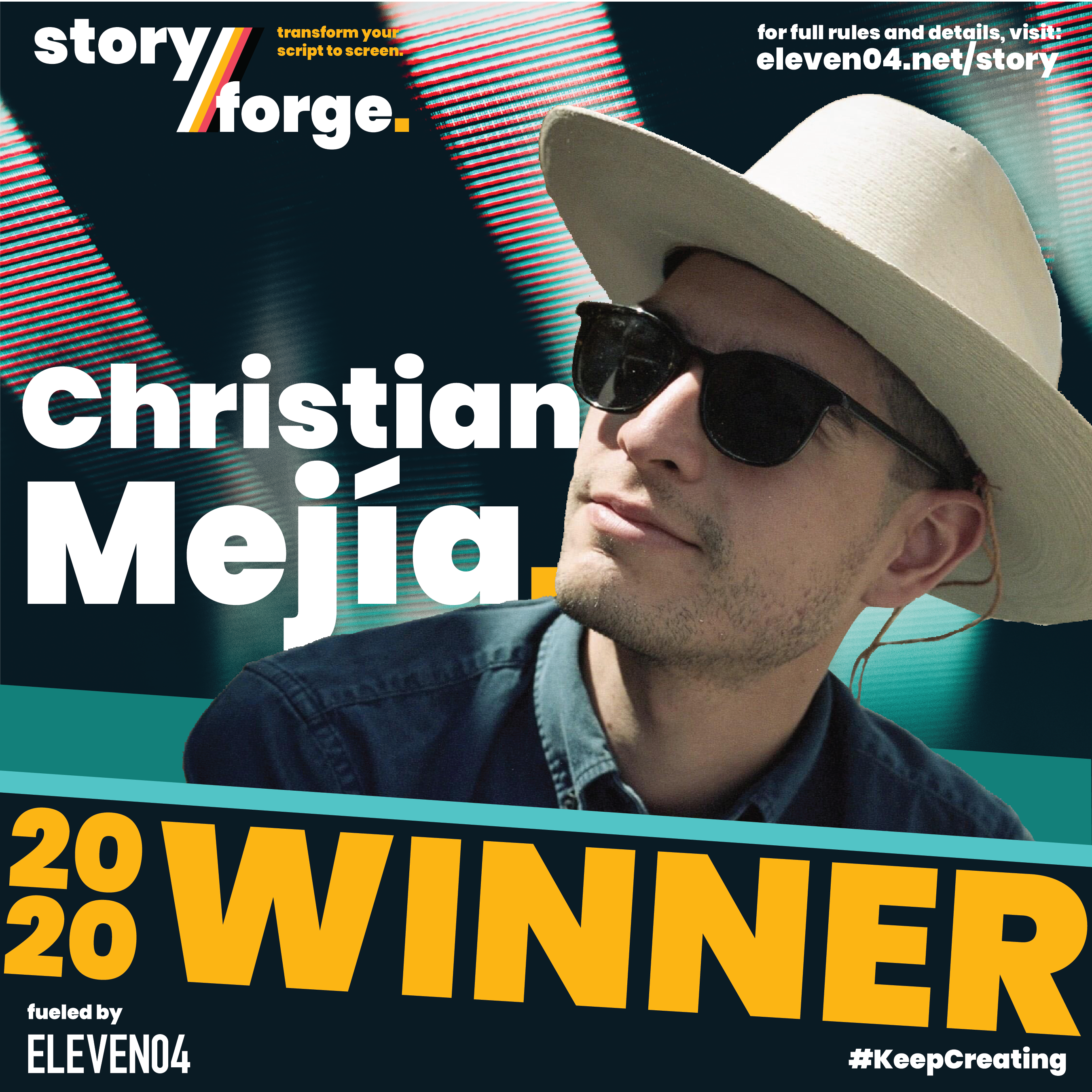 After three weeks of online community voting spread across multiple platforms and encompassing over 2000 total votes, Eleven04‘s live streamed table read and pitch competition finally has its winner. Christian Mejía, the writer and director of Semana Santa will team up with Eleven04 to push this project from the script to the screen.

Christian Mejía, the writer and director of Semana Santa will team up with Eleven04 to push this project from the script to the screen.

Semana Santa is a story in which a mostly secular Mexican-American family struggles to find a place for Catholicism in their lives. In order to appease a devout and exacting matriarch, the family participates in a week-long religious ritual that tests their resolve and familial bonds.
Christian Mejía is a filmmaker whose work revolves around the themes of migration, family, memory, gender, and religion within Latinx culture. He draws his inspiration from childhood evenings spent around his grandmother’s dinner table in rural Mexico as well as his upbringing in Chicago by immigrant parents. His drive to develop Semana Santa is borne out of a desire to create a more equitable and inclusive film industry. He intends for this film to represent him as an artist whose priorities are rooted in the thoughtful portrayal of communities of color. He also hopes that this project will create a pathway to develop more work that represents the Latinx experience in the United States.

His drive to develop Semana Santa is borne out of a desire to create a more equitable and inclusive film industry.

Looking to continue their mission of supporting Chicago indie filmmakers while the COVID-19 lockdown was still in effect, the Eleven04 team coordinated Story Forge’s live stream with a host, multiple producers/directors, and a full cast of actors. In the end, it was an event of positive vibes, creativity, and empowerment in an otherwise uncertain time. Eleven04 is now preparing to announce their next endeavour to boost the creative power of Chicago’s filmmaking community , the re-imagined First Backer Initiative. More on that in the coming weeks…
Eleven04 is an equipment rental house, production facility, and co-working space for filmmakers located in Pilsen. Founded in 2016 by then-Columbia College student Richard Song, Eleven04’s goal is to provide accessible professional resources for Chicago’s film community. With a friendly and knowledgeable staff providing superior service, a comprehensive facility, and a drive to serve the community, Eleven04 is Chicago’s place for filmmakers to #KeepCreating.
For more information
Facebook: facebook.com/eleven04
Instagram: instagram.com/eleven04pro
Visit www.eleven04.net/story
Email vbilka@eleven04.net
Call (312) 358-6493
(Visited 28 times, 1 visits today)