Ruben Brandt, Collector: The Animated Movie About Art You Need To See 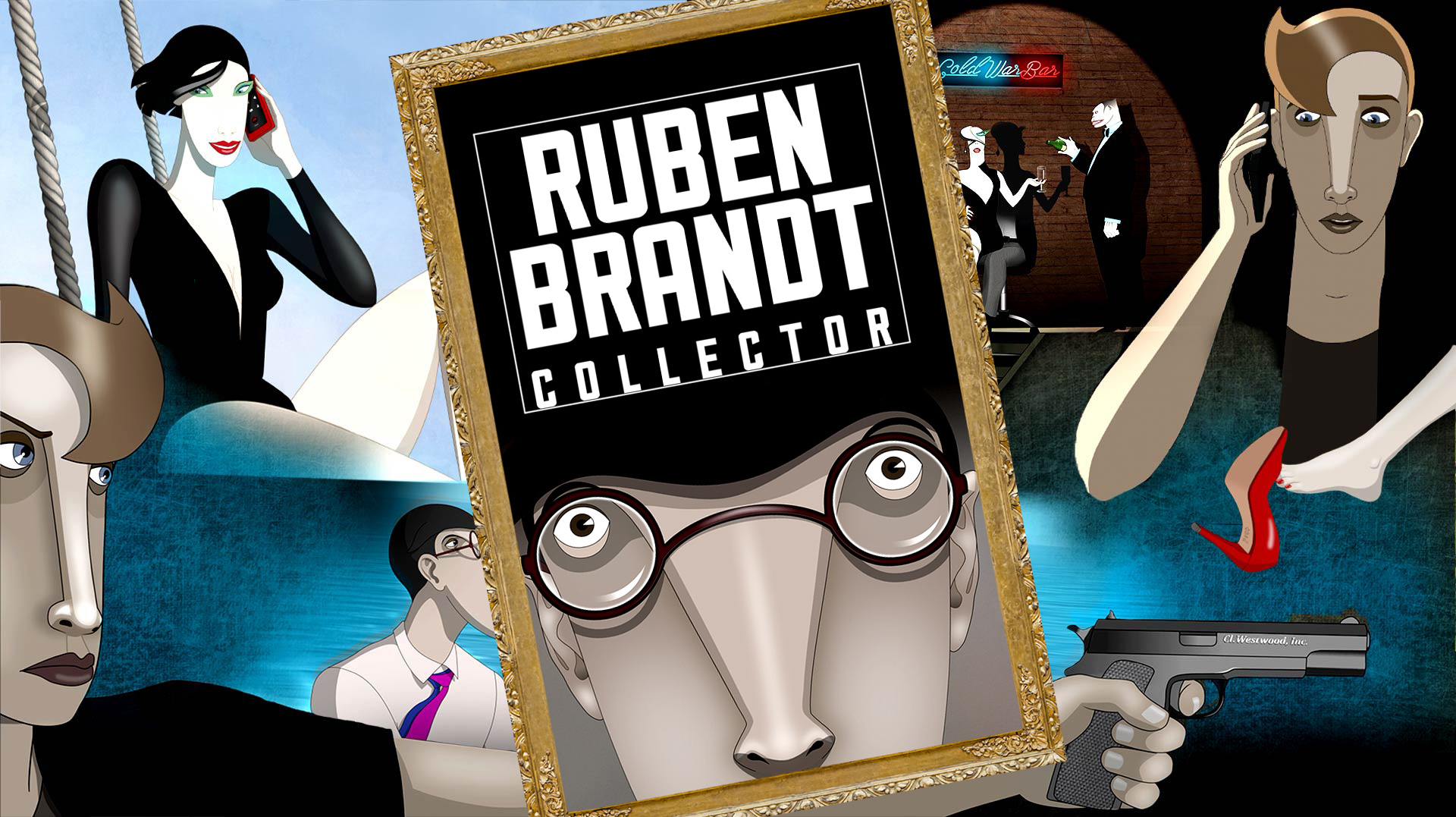 I can’t think of any other movies I’ve seen a trailer for and then tracked for nearly a year because the trailer made such an impact on me, but that’s exactly what happened with Ruben Brandt, Collector. I first saw the trailer at the Nuart in LA when I was home for the holidays in 2018 and was at the theater to see Roma. I was so struck by the unique animation that I made a note of the movie and periodically checked to see where I might be able to find it. Finally, one day in November of 2019, I learned that it was available on Starz, so I set up my trial and was so happy to be blown away by the movie I’d been trying to find for most of a year.

Ruben Brandt, Collector is the first, and as of yet, only feature from Budapest-based painter Milorad Krstić. The film is truly unlike anything else, largely because the visual style of the film is so specifically Krstić’s own, which seems equally influenced by Joan Miró, Picasso, and Warhol (to be clear I say this as someone who isn’t extremely knowledgeable about art). But the film isn’t only unique for its visual style, it stands apart for its themes, story, and the masterful way that Krstić combines popular movie genres as well.

The film immediately establishes its surreal and reference-heavy world by opening with a dream sequence that shows the titular Ruben Brandt being attacked on a train by Diego Velázquez’s Infanta Margarita Teresa in a Blue Dress while Frank Duveneck’s Whistling Boy sits across from him and blankly watches while holding a giant snail. Ruben, the setting, and the artworks come to life are all drawn in Krstić’s style so everything feels cohesive while still clearly referencing the original works. Along with the visual world, this scene introduces the plot point of Ruben being attacked by famous paintings in his dreams which becomes the narrative push for the film.

After the film’s opening, we’re introduced to two other key characters in what may be my favorite sequence. Mimi, a stuntwoman who moonlights as a thief, and Mike Kowalski, a private detective, engage in a wild chase through Paris after Mimi steals Cleopatra’s fan from the Louvre. The chase begins in cars, and we see them roaring through the narrow Paris streets, taking big slow motion jumps down stairs, and smashing through restaurants and flower stands. When they’re forced to leave the cars behind, they dance through a packed nightclub, barrel through people’s apartments, and leap over rooftops before ending up on a ship where Kowalski finally manages to catch Mimi. They banter about beauty being held captive, a fitting end to their flirtatious and playful chase, and Mimi throws the fan into the Seine, forcing Mike to save the priceless artifact and let her escape.

The chase is a full-on action scene that feels like something out of one of Paul Greengrass’s Bourne movies. Beyond being an exciting piece of action to start off the film, the chase is also full of camera moves within the two-dimensional world of the film that leads to an additional excitement of not quite believing your eyes at what the artists have been able to create here.

The film’s main plot is set in motion when Mimi calls Ruben. He’s an art therapist who helps people address their compulsions by engaging with art in a variety of ways, and she’s a kleptomaniac, looking to get treatment from the best. Mimi goes to Ruben’s retreat home where she meets the other patients in his care, all of whom have some criminal history. When she learns of Ruben’s dreams, she makes a plan with the other patients to begin stealing the art that torments him, her thesis being: “Possess your problems to conquer them.” When his patients reveal their plan to him, instead of being angry or attempting to dissuade them from these crimes, Ruben very happily joins them.

From here the film becomes a joyous heist romp as we follow the crew stealing artworks from around the world, including Van Gogh’s Postman, Warhol’s Double Elvis, and Botticelli’s Venus. Between these heists, we see more of Ruben’s dreams, as well as some hallucinations. One scene in which Ruben is pulled into a painting is reminiscent of Dario Argento’s The Stendhal Syndrome.

The world of the film grows as museum directors, concerned about the spate of high value thefts, offer a reward for the capture of “The Collector,” the media’s title for the group of thieves. As the reward grows with each theft, it catches the attention of some mobsters who begin to trail the crew, along with Kowalski who hasn’t been able to get Mimi out of his head since Paris.

The involvement of the mob, as well as some ex-CIA members introduced later on, allows the film to play with genre in a way that keeps it from being a straightforward heist film. There are scenes that feel like they’re pulled out of a classic mafia film, action sequences that feel lifted from one of the later entries in the Fast and Furious franchise, and conversations that would be perfectly at home in a 70s spy thriller. This genre play makes clear that while Ruben Brandt, Collector is a movie that knows its high art, and is firmly taking a stand for the value of that art, it isn’t a movie that looks down on genre film.

This is something that we see in Kowalski’s movie replicas collection as well. He has a significant collection of knife prop replicas, from movies throughout the 20th century, including First Blood, not at all something you would expect to see referenced in a movie with a plot focused on art by Boticceli, Rembrandt, and Van Gogh. Add to these the lounge covers of Britney Spears’s “Oops!… I Did It Again” and Radiohead’s “Creep” and you have a film that is basically shouting about how much it loves art in all its forms.

But Ruben Brandt, Collector does more than just love art and engage with it in delightful ways. It touches on themes and asks questions about identity, community, art’s power over people, individual and collective understandings of value, and the commodification of art. Mimi and Ruben are respectively so attracted to and tormented by works of art that they are compelled to steal them. These thefts then force the question of whether being held in a museum is captivity for works of art or is a public service so the art can be seen by the public, though only really accessible to those members of the public with enough to pay for tickets. The community that Ruben and his patients create through the theft of and appreciation for artworks shows a way that art can be at the center of community creation. The ever-growing reward for the capture of “The Collector,” the eventual involvement of organized crime, and a line from one of those criminals about how much money is in art as opposed to drugs all emphasize the degree to which art has been commodified. A scene towards the end of the film that makes all the visitors at a museum members of a performance art piece serves to question how much people are willing to believe in the name of art.