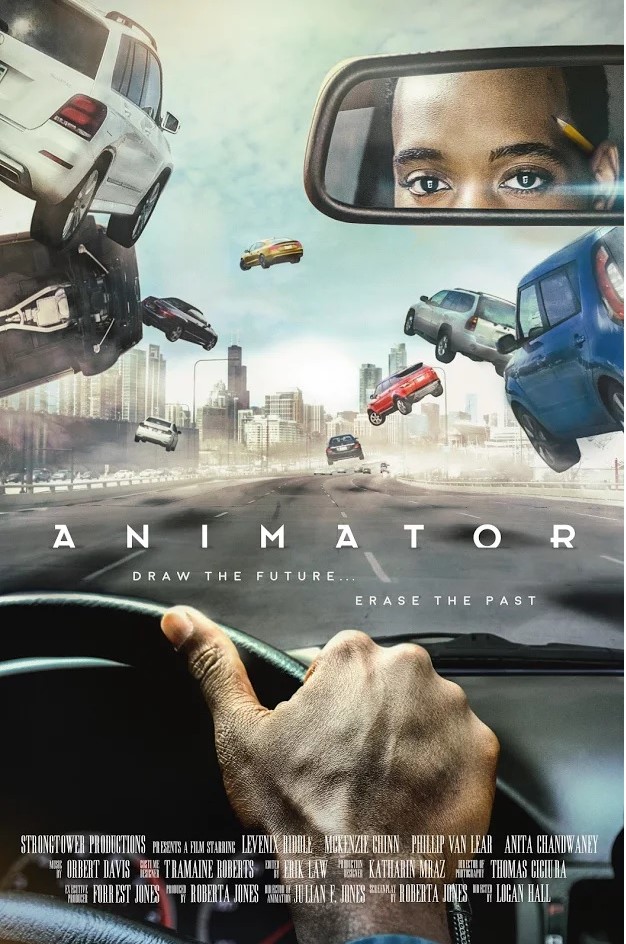 Animator is the latest independent film project from Emmy Award-winning writer Roberta Jones, Director Logan Hall and Animation Director Julian Jones. Launched in 2019, the film was released to critical acclaim; being named the LAIFF Los Angeles Independent ‘Best All-Genre’ feature film as well as being invited to be a featured movie on the opening night at the DC Black Film Festival. Chicago Sun-Times Film Critic Richard Roeper gave the film 3 stars out of four, claiming it to be a “fictional gem”.

Animator made its public debut on October 12th via global streaming service Tubi TV. With over 20,000,000 subscribers, Tubi offers viewers over 15,000 movies and TV shows and has recently taken its first step in global expansion by launching in Australia.

Filmed entirely in Chicago, Animator features a fully Chicago-based cast and crew and features a powerful musical score composed by Emmy Award-winning Trumpeter Orbert Davis. As Co-founder of the Chicago Jazz Philharmonic, Orbert is one of the most respected musicians in America and his score helps further create a lasting and powerful emotion within the audience.

Telling the story of a young artist given the incredible power to not only draw the future, but also erase the past, Animator is an edge-of-the-seat story that will keep the audience enthralled from start to finish. Viewers are encouraged to tune in for the launch event on Saturday before providing their feedback on Rotten Tomatoes.

View the trailer for Animator at http://vimeo.com/231288223  and find out more about Tubi TV at www.tubi.tv