Responding to the 2021 Oscar Shortlists 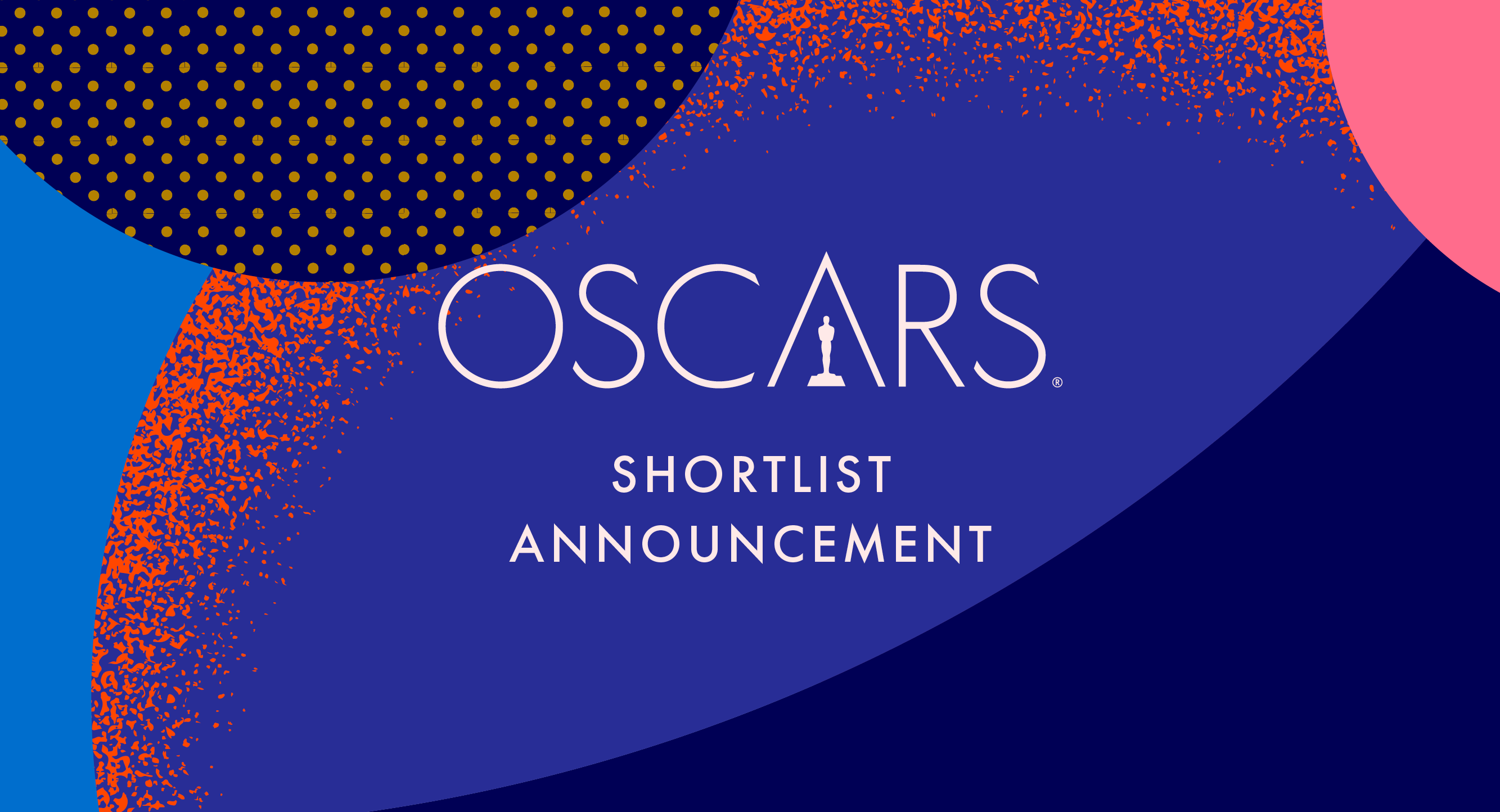 For those unfamiliar, the Academy places films, filmmakers, cast, and/or crew members in specific categories on 'shortlists' that ultimately will be melted down into the five nominees we will see at the Oscars. Typically they consist of ten to fifteen films, filmmakers, cast or crew members. From there, they will narrow it down before the ceremony. Now, it's important to note, they do not have shortlists for every category. It's only for certain technical awards and other categories - not what most would consider to be the "main awards" of the night. For example, best picture, director, actor, actress, screenplay, etc do NOT have shortlists. However, categories such as documentary feature, visual effects, makeup and hairstyling, and others like them do. Is there a reason for this? I have no idea. But this is the way things are done and have been done for a long time. Will they ever do shortlists for every category? I don't know, probably not.

Without further ado, I'll get to the shortlists and a brief description of what I think of them.

Fifteen films will advance in the Documentary Feature category for the 93rd Academy Awards.  Two hundred thirty-eight films were eligible in the category.  Members of the Documentary Branch vote to determine the shortlist and the nominees.

I haven't been following the Documentary categories very closely this year, but as far as I can tell, there are little to no major surprises here. I have only seen Time, and I can only imagine it will be nominated. If I had to guess, based on buzz and other rumblings I've heard, I would have to predict these will be the nominees:

The other one that could sneak in here is The Painter and the Thief, as I've heard about rave reviews for this one. I was hoping to see Mariana Tosca and Christopher Johnson's wonderful documentary Journey to Royal: A WWII Rescue Mission show up here, but alas. We can't always get what we want. I'll have to catch up on documentaries this year, namely the ones I'm predicting to be nominated this year. Admittedly, I prioritize feature narratives over feature docs, but we'll see if time allows.

I do want to point out, I am omitting the Documentary Short, Live Action Short, and Animated Short categories. This is due to the fact that I have nothing to add or respond to as I don't usually watch them. (My bad). Although, I do want to mention that I wished Grace Kendall's lovely film Dame would have made the shortlist for Live Action Short. It's a shame it missed, and I think the academy is insane for snubbing it.

Fifteen films will advance to the next round of voting in the International Feature Film category for the 93rd Academy Awards.  Films from 93 countries were eligible in the category.

Academy members from all branches were invited to participate in the preliminary round of voting and must have met a minimum viewing requirement to be eligible to vote in the category.

In the nominations round, Academy members from all branches are invited to opt in to participate and must view all 15 shortlisted films to vote.

The films, listed in alphabetical order by country, are:

I'd be lying if I said I saw a ton of familiar titles in this shortlist. However, the titles I do find familiar, I expected to see here. Another Round is the only one I've seen here, and will ultimately be the one I'm rooting for. This will have to be another scenario in which I will have to catch up. These are my predictions based on early reviews:

The other one I think could sneak in here is Sun Children. Dear Comrades! I believe has a good shot because it was picked up by distributor NEON which has been known to market and campaign their films to the academy rather well. Exhibit A: Parasite. I'm going to predict Another Round to win not just because it's the only one I've seen, but also because it's an excellent and very deserving film of the win.

Ten films will advance in the Makeup and Hairstyling category for the 93rd Academy Awards.  All members of the Academy’s Makeup Artists and Hairstylists Branch will be invited virtually to view seven-minute excerpts from each of the 10 shortlisted films on Saturday, March 6, 2021.  Branch members will vote to nominate five films for final Oscar consideration.

There are several here that are no surprise, and a couple that left me scratching my head wondering where they even came from. I was surprised to see The Little Things as I didn't even notice any good makeup or hairstyling. Apart from that, we have Birds of Prey, Emma, Ma Rainey's Black Bottom, Mank, and Hillbilly Elegy which are not shocking to me whatsoever. The other films I either haven't seen or had no idea they even existed. Without further delay, here are my nomination predictions for this category:

I do think that One Night in Miami would be the one to shake this up and slip in over any one of those, if any of the others should play spoiler. I am going to predict Hillbilly Elegy to win due to the simple fact that they made Glenn Close unrecognizable in that film. If there was anything remarkable in what is otherwise a lackluster film, it's at least the hair and makeup. Ma Rainey could be a runner up here, and I could easily see Emma being a contender as well. Birds of Prey is probably my least confident prediction, which is where One Night in Miami could sneak in instead.

Fifteen scores will advance in the Original Score category for the 93rd Academy Awards.  One hundred thirty-six scores were eligible in the category.  Members of the Music Branch vote to determine the shortlist and the nominees.

The scores, listed in alphabetical order by film title, are:

I am very happy to see The Invisible Man make this list as I not only love the film, but the composers as well. With my growing cynicism of the academy and the awards process in general, I felt this would be a film that would be consistently passed over, and I am pleasantly surprised to see it at least make it onto the shortlist. It's also a very effective score for the film. I was also pleasantly surprised to see Minari make this list as well. I am a fan of Emile Mosseri and his work on previous films, as well as this one. Now, onto the nitty gritty. Very few surprises and unfamiliar titles here. Pretty much what I expected based on the festival circuit and early awards, reviews. Here are my predictions for the nominations in original music score:

If I had to guess, The Trial of the Chicago 7 would be the score to ruin my predictions. And it very easily could as many critics, industry members and experts seem to love it. I believe these will all receive nominations, not just because they're deserving, but they also feel like academy picks. The academy LOVES the composers behind these scores. And rightfully so. They are talented and have earned their places here. Now, I will predict that Trent Reznor and Atticus Ross will win for their Soul score. They will receive a double nomination (in my estimation) for their work in Mank as well. But Soul not only reigns superior as an achievement in film score composition, but also because of the dominant awards run it had with critics.

And how about that marvelous piano work on display? Chef's kiss.

Fifteen songs will advance in the Original Song category for the 93rd Academy Awards.  One hundred five songs were eligible in the category.  Members of the Music Branch vote to determine the shortlist and the nominees.

The original songs, along with the motion picture in which each song is featured, are listed below in alphabetical order by film title and song title:

This is somewhat of a crowded category as I believe there could be anywhere from 6-8 songs that could make it in. There are a couple of "joke" songs that made it onto the shortlist, but to be quite frank, they have been gaining real traction. So, it's not much of a joke anymore. I am of course referring to "Wuhan Flu" from Borat Subsequent Moviefilm and "Husavik" from Eurovision. These could easily gain nominations, even though most would consider these to have absolutely no shot whatsoever. Not so fast. Now, onto my predictions for the nominees:

Again, I do believe the "joke" songs on the shortlist can still make it. Either one could steal a nomination away from any of these songs, except for "Speak Now" from One Night in Miami and maybe "Hear My Voice" from The Trial of the Chicago 7.Another one I believe could have a shot is Loyal Brave True from Mulan due to Disney's strong presence and their historically very influential campaigning skills. All this aside, I don't think anyone has a better shot at winning than "Speak Now" from One Night in Miami. This is not only a wonderful song, but it's also very impactful, important to the plot, and Leslie Odom Jr (who played Sam Cooke) actually wrote and sang the song. Now, if that's not impressive, I'm not sure what is.

This category, for the most part, I have to say, is egregious. This is THE category the academy almost always manages to screw up year in and year out. I don't have problems with several films on the list, but I do, however, take issue with leaving off two of the most deserving films of recognition in this category: Possessor and The Invisible Man. Both of these films had smaller budgets and STILL managed to have better visual effects than most of the films on this list. It boggles my mind that academy voters, who are usually fellow visual effects artists, can select these films and leave out ones deserving of a nomination. Anyway, now that my rant is over, here are my predictions for the nominees in this category:

It's anybody's guess who could play spoiler to these five in this category, but I do believe it will be these five you see before you and by a significant margin. I can't say I've seen every film on that list, but I can say that the ones I did nominate are the most deserving and the ones I can easily see the academy choosing. As for the winner, I am going to stand by my earlier prediction and say that Tenet will win. This film had magnificent visual effects. In fact, they were so great that I could hardly notice they were even visual effects to begin with.

So, what do you guys think? Agree? Disagree? Indifferent?

Let me know in the comments below!