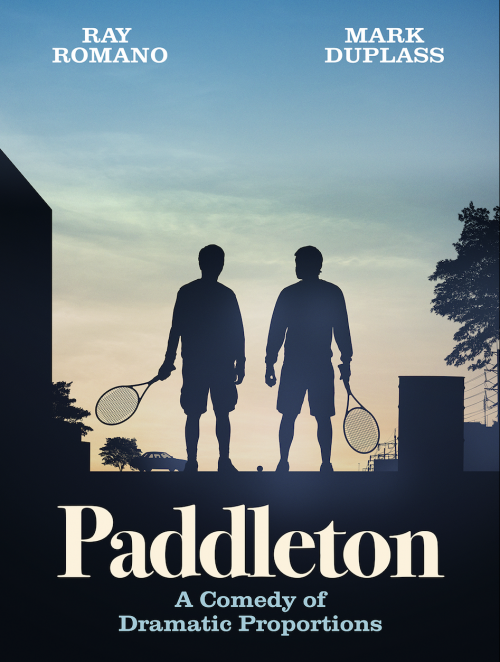 At first, I felt sorry for the two main characters in “Paddleton”. Michael (played by Mark Duplass) and Andy (Ray Romano) seemed like a couple of losers, to be quite honest. They are a couple of grown-ass men that dress worse than my dad, work dead-end jobs, live alone in bland apartments, and meet up nearly every night to watch Kung Fu movies and eat frozen pizza together. But as I got past my initial shallow judgments of these two individuals, I saw more of myself in them, in fact, more of myself than I would like to admit, and I think that’s what’s so moving about a film like this.

In the opening scene, Michael is sitting on an examination chair with Andy standing beside him as the doctor relays Michael’s cancer diagnosis to him. She says that he will have to see a specialist first before making any concrete determinations about his condition. Andy starts asking a million questions and refuses to accept the vague diagnosis the doctor was offering. After some frustration, the doctor asks “Remind me of your relationship, how do you know each other?” to which Andy replies, “we’re neighbors… I live on top of him.” For Michael to have brought his neighbor along to his cancer diagnosis appointment, we can assume they must have a very close bond, almost like a paternal partnership.

Michael later sees several specialists and is given around six months to live, but instead of withering away in a hospital bed, he decides he would rather end his life on his own terms before things get really bad. He tells Andy about a drug that only certain pharmacies prescribe for moral reasons, which will allow him to peacefully pass away at a time of his choosing. They eventually land on a plan to take a little road trip to the closest pharmacy about six hours away that will prescribe the medication.

The two leads in this film are probably best known for their comedic acting roles, which makes their complex, at times, gut-wrenching performances in “Paddleton” even more impressive. I think their comedic backgrounds actually bolster the chemistry between the two because they are able to riff off each other with such ease, mimicking what its like to interact with your best friend of many years. Both Michael and Andy are soft spoken throughout much of the film, so when they turn on the volume during the heavier scenes, the contrast provides for a much stronger effect on screen. Ray Romano’s performance stands out in particular due to his awkward, quirky, yet endearing portrayal of Andy.

There is nothing technically outstanding about this film, and critics might actually see this movie is lacking in several aspects, but I found the beauty was in its simplicity. The heart of the film is its characters and how relatable they manage to be, despite appearing like outcasts. You love them for their humanity, for their problems, for Ray Romano’s idiosyncrasies. I realize that at first I judged Michael and Andy for their unusual codependence on each other, but once the integrity of that was thrown up into the air with Michael’s death sentence, I found myself clinging to the two of them, hoping that day would never come. I think often times films romanticize death to give it some cinematic flare and to avoid uncomfortable realities about the experience, but ironically this makes it more difficult to connect with. It’s all very heroic to see someone puff out their chest and smirk in death’s face, but that wouldn’t be most of our reactions. The real bravery is seen as Andy and Michael confront their fears with uninhibited emotion and relatable confusion.

This film lays bare the most common afflictions that human beings face: fear of death, fear of rejection, and fear of loss. It’s something we grapple with on a daily basis with our habits and routines that usually unbeknownst to us, are designed to deliver us from that pain, to avoid the realities of life. “Paddleton”, in a sense, offers us a near-death experience that like when someone close to us passes or when we come close ourselves, we are reminded to hold on to the most important things in life and treasure the friendships we have.