Otherwise-wise: What I learned from Billy Wilder’s ‘The Apartment’ (1960) 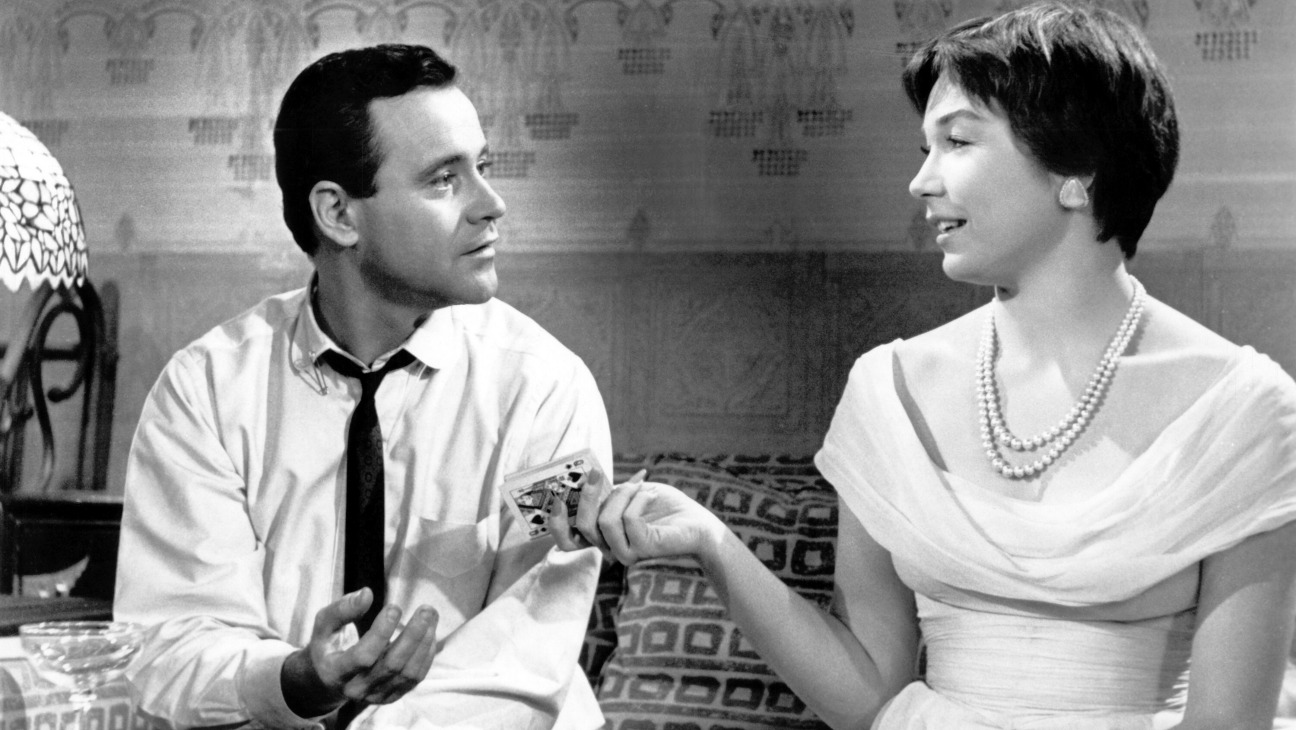 I was really strapped for an idea today. So (because I’m a fucking professional), I outsourced to a third party and got two choices. First was 80’s Sexy, with examples like Risky Business and Ghost. I haven’t seen Risky Business and I don’t have much to say about Ghost, good or bad. The second choice was “Any business movie where a boss dates a secretary”. That struck a chord; that just so happens to pretty much be the plot of my favorite movie. But am I ready to talk about my favorite movie? What all does anyone really have to say about their favorite movie? The clock doesn’t stop ticking so to hell with it: Billy Wilder’s The Apartment (1960).

Many moons ago, when yours truly was an even more inexperienced aspiring film writer, I had my own blog. It is now mercifully defunct but I wrote a review of The Apartment there. I shudder to look at it now but I remember the writing process being an arduous one. It’s very difficult to think of much to say about the movie: I love it. I love all of it. Even things I don’t love about it I love. I don’t know if I can be genuinely critical or analytical of it because I’d be lying. It’s void of ramifications because no matter what, they don’t apply. It’s the kind of love that were I (for whatever reason) to try and pick it up, slide my arms under it to lift from the bottom, could I? No, because there’s no true shape or dictated form to it. It would be simultaneously like pushing a mountain and holding air in my hands.

Now that I’ve negated any expectations or purpose for this article, let’s talk about Billy Wilder’s The Apartment (1960). A tale of love, betrayal, friendship, despair, and hope; The Apartment won five Oscars in 1961 including Best Picture, it holds a 93% certified “Fresh” score on the Tomatometer, it’s #117 on the IMDb Top 250, its Oscar winning script (co-written by Wilder and I.A.L. Diamond) has been championed by screenwriters and teachers alike, it’s one of Roger Ebert’s Great Movies. The Apartment has enough devotion. But what is it? 60 years since its release and I’ve never heard of it. It’s the story of a lonely accountant (Jack Lemmon) who lends his apartment out to the higher-ups at his firm so they can have their extramarital affairs and he can get ahead, career wise. He has a crush on an elevator operator (Shirley MacLaine) but ain’t it just the way, she’s sleeping with his Big Boss (Fred MacMurray) IN OUR PROTAGONIST’S HOME. What a pisser.

The aforementioned Championed Script is a work of structural… Sublimity? The last time I watched The Apartment, I did so with a visible run time so I could clock where important narrative events hit. I didn’t write down my findings (not only am I insane, I’m not very bright either) but I remember being struck at how liberally it takes its time. First it sets up the apartment scheme, with our hero coming home as a higher-up and his mistress are leaving and then getting kicked out of bed by another higher-up who picks up a woman at a bar. If my quarantine eroded memory serves, this takes at least 20 minutes and the entire crux of the movie, the romance, isn’t so much as hinted at. It’s not unimportant information being established here but surely it could have been tightened up. Anyone else would have done so. But Wilder and Diamond don’t throw away a line, an action, or a minute of screen time. Everything happens so something else can loop back to it or reference it or be affected by it. And every action, course taken, is memorable. They implant vivacious life and personality into every character, no matter the role’s size. It takes its time but never wastes it.

The third party that got us into this mess once watched The Apartment at my insistence (I watched Sweet Home Alabama at hers so we’re even). I told her it was a Romantic Comedy. Because it is. When the movie was over, she told me quite explicitly that it greatly stressed her out and that it wasn’t a Romantic Comedy. Because it isn’t. That might just be the trick of the movie; It’s undefinable. Billy Wilder excelled at stories that blossom unpredictably, narrative wise. Look at Sunset Blvd. (1950), Stalag 17 (1951), or Ace in the Hole (1953). 60 years and I’m reluctant to spoil the body of the film so I will simply say that once the story really kicks into gear, there’s no real telling which direction it’ll go. Lemmon doesn’t turn into a mutant fly or anything like that (though that would be undeniably RAD) but what started as a promising setup for a Hollywood romance takes sharp, grounded, and Dark turns. It’s still very Hollywood (you don’t win Best Picture in 1961 if your movie isn’t) but it really roots the film. It’s very funny, very heartwarming but with devastating tendencies.

If I had to sift through all my bullshit and all the ways I feel it, wrench away everything about the movie I can and should and want to say, I think what endears me the most to it is just that: The Apartment does best what I love about cinema most. The camera is fairly restrained but the beautiful black and white, Oscar nominated cinematography by Joseph LaShelle and Oscar winning direction by Wilder, with his intentional blocking and compositions, never strive for realism. The Oscar winning sets designed by Alexandre Trauner and Edward G. Boyle ever so slightly exaggerate reality; the famous floor of accountants was built at an angle, narrowing and narrowing the further it gets from the camera, employing little people to inhabit the smaller space so as to better convey scale. It is a Film through and through but the soul of the thing is true. It makes no bones about elating and manipulating its audience because that’s what storytelling is. At the end of the day, it is a love story but it fights tooth and nail to earn it. Its soul is true. The emotions are relatable, with time taken to realize and process them. The people are flawed but never nefarious, harming and saving others without ever thinking that’s what they’re doing. The world is harsh but not unkind, a happy ending can be reached but it won’t be how you expect because it never is. I love movies that are unabashed spectacle and entertainment. I love movies that are raw and honest and open. It’s a very, very rare feat for a movie to accomplish both and never like The Apartment.