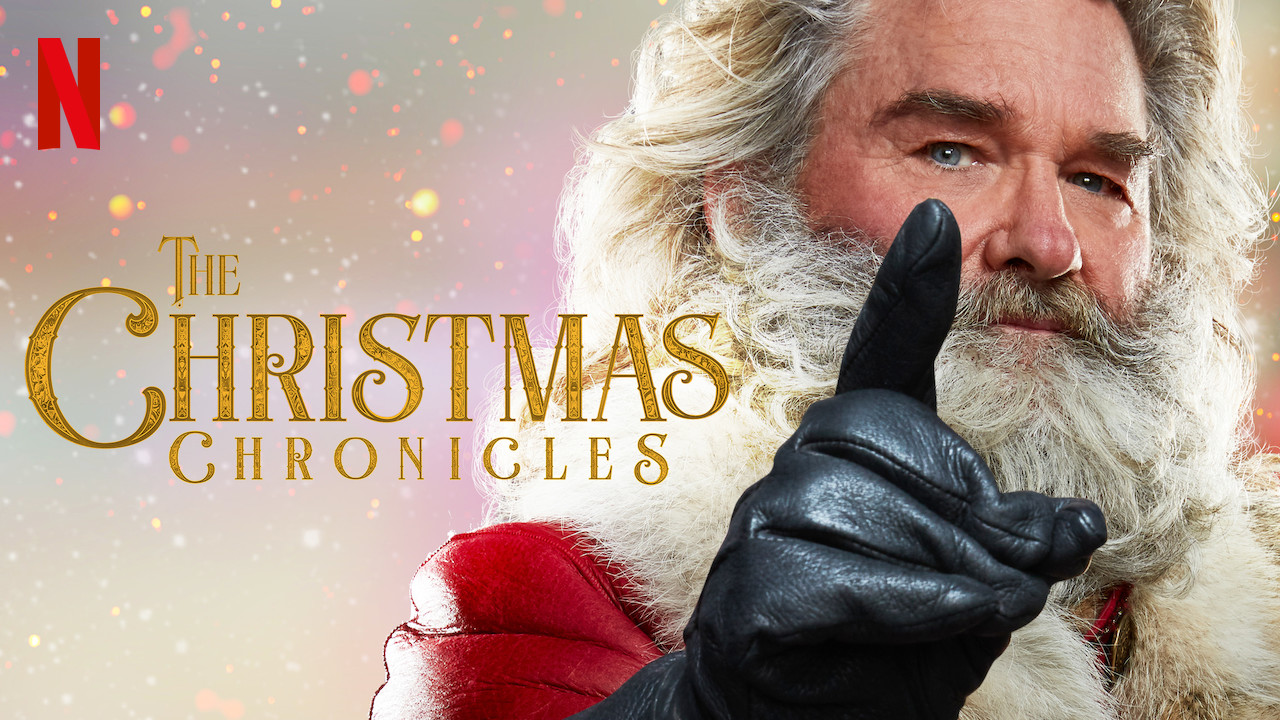 The Christmas Chronicles is a comedy/adventure about two kids helping Santa, it’s mostly set in Chicago – although the movie begins in Lowell, MA. (Yep, I’m feeling some Bay State pride for my first home state.)  There is a slight Hallmark vibe surrounding the romance between the parents Claire and Doug – a nurse and fireman – who are smitten with one another, and the movie begins with merry memories of the Pierces’ Christmases past, before Doug is killed in a fire in 2017. The plot gets going when the Pierce kids, Kate and Teddy, spot Santa in their home and jump in his sleigh. The sleigh crashes, and Santa’s sack of presents is lost. So Kate, Teddy, and Santa spend Christmas saving the season!

Before every little girl and boy gets their present, Kate, Teddy, and Santa Claus have an exhilarating evening together:  They pop into a Chicago bar where Santa tries soliciting help for finding his reindeer, but eventually it’s Kate who goes after the reindeer by herself, while Teddy and Santa distract and frustrate policemen who end up arresting Santa.  Then Kate teleports to the North Pole, where she rounds up Santa’s elves who agree to help.  On goes their adventure, until Santa, Kate, and Teddy find the sack of wrapped presents and rush around the world to deliver every single gift before sunrise on Christmas morning.  Finally – with Christmas having been saved – they fly back to Kate and Teddy’s home in Massachusetts where they share a heartfelt goodbye, declaring Christmas Eve 2018 as the best night of their lives.

The Christmas Chronicles was directed by Clay Kaytis who is an animator and film director of creature features made for kiddos. He also directed The Angry Birds Movie, and we see Kaytis’ influence in the Chronicles with a herd of sassy animated elves who speak Elvish and help save Christmas. Fans like these gnomes so much that many want a spinoff. One fan tweeted Kaytis, asking about an elf spinoff, and the animator tagged Netflix and added a question mark.

Measuring the Chronicles’ critical response via Rotten Tomato where it has a rating of 67%, Kaytis succeeded in crafting a yulefest film featuring Santa Claus like we’ve never seen him before. The American actor Kurt Russell as Santa Claus is modern, relatable, refreshing, and funny. (Kurt Russell himself is a Massachusetts native, born in Springfield in 1951.)

I’d recommend this comedy because it’s also set in our friendly and fabulous city of Chicago.  Principal photography happened in Toronto, Ontario, but most of the movie is set here in our Windy City and it’s entertaining to see a water tower with the Chicago flag, as well CTA stops. If you ever enjoyed other Chicago-set holiday films, like Home Alone and While You Were Sleeping, you’ll also appreciate the festive cameo our city makes in The Christmas Chronicles.

You can find this movie on Netflix.  Please stay at home, and enjoy this totally delightful film!