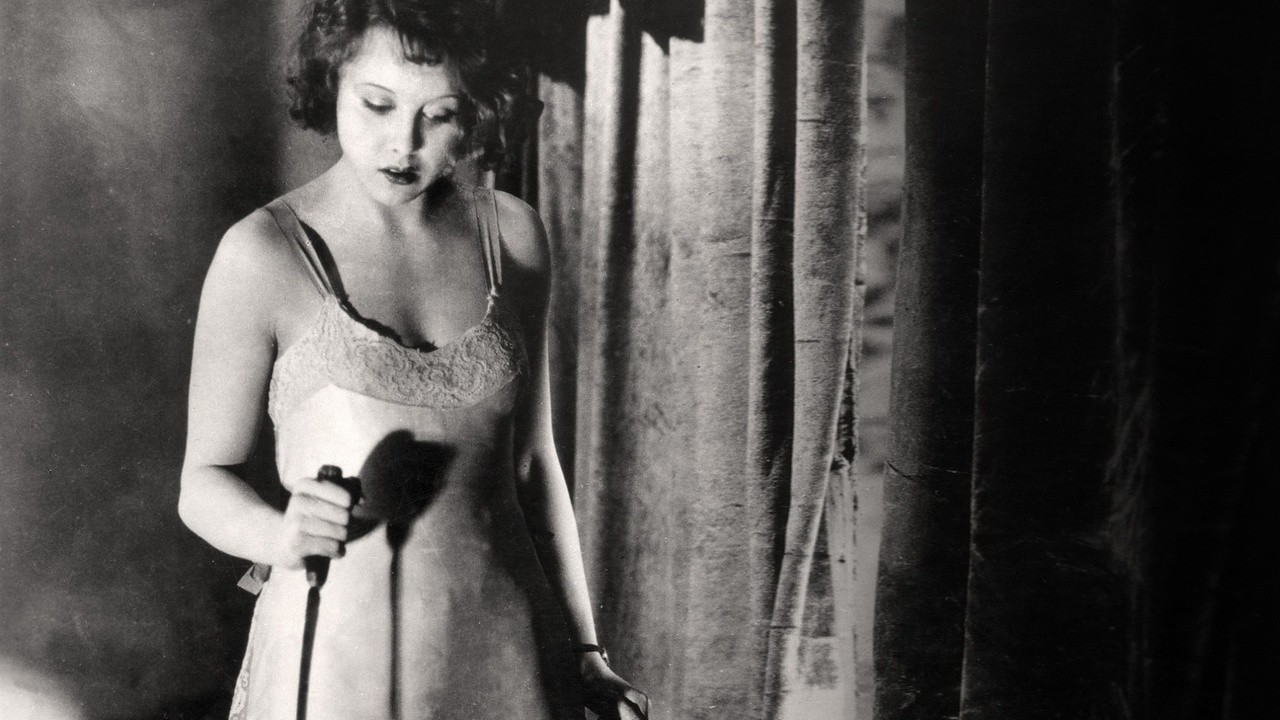 Alright folks. It’s been a long time coming, but I figured now is as good of a time to introduce my new review series for the website: Old Man Movie Corner. The basic rule of the series is simple; I review movies that premiered at minimum 65 years ago as of the article publishing date (for 2021, this means the latest a movie can have premiered is 1956). You know, those movies that could have applied for AARP membership by this point in their lives while complaining about all those loud and flashy blockbusters clogging up the airwaves.

So, to christen the launch of Old Man Movie Corner, I’m reviewing the 1929 thriller Blackmail, the first talkie not only for young up-and-coming director Alfred Hitchcock but for all of Britain.

The premise is simple. Based on a 1928 play of the same name by Charles Bennet, Blackmail follows a young shop girl named Alice White (Anna Ondra) and her Scotland Yard detective boyfriend Frank Webber (John Longden). While out on a date to a tea house, the two get into an argument and end the date early. Alice then meets up with an artist, known only as Mr. Crewes (Cyril Ritchard), with whom she had agreed beforehand to meet. They go up to his flat, and after some witty and flirty banter the night turns ugly when Crewes forces himself upon Alice and she kills him with a knife in self-defense. Reeling from the shock of killing someone, Alice and Frank navigate murky moral waters when a local hoodlum named Tracy (Danny Calthrop) blackmails them with evidence Alice had left behind on top of the mounting police investigation.

After rewatching Blackmail – I had seen it once before at a special screening at the 2013 Traverse City Film Festival with a live orchestra – I was struck by how timeless the story is despite being near 100 years old. It’s a simple premise with straightforward execution, but it’s done pretty well all things considered. Even the dialogue is pretty timeless. I think the best writing aspect though is the story of Alice. Her underlying struggle, to find some sense of agency in a patriarchal society only to be repeatedly punished for it, is something I think could really resonate with audiences if someone were to remake this today. Or, you know, if people watch this. Maybe both?

Really, if I had one complaint about the writing, it’s that I wish the blackmail was used more. Namely, a scene or two where Frank and Alice try to deal with the blackmail under greater duress than a coerced dinner, maybe Tracy would want Frank to destroy evidence, or for the two to rob a store, there are many possibilities. You know, let the movie breathe and come into its own premise.

Where Blackmail shows its age is in the production values. Officers are driving desks in poorly composited trucks. The cinematography, while crisp like any good Hitchcock thriller, is more static during dialogue scenes than his later productions, likely due to the then unwieldy rig needed to capture both video and audio that made talkies at the time harder to sell. The performance of the actors and the dialogue were sometimes just out of sync if the dialogue was dubbed; for example, Anna Ondra was embarrassed to perform dialogue due to her heavy Czech accent and poor English, so her lines were dubbed by Joan Berry. The performances were overly theatrical compared to today’s standards. Speaking of standards, due to the Hays Code the actual content we see on screen is fairly tame.

All that said, the production values didn’t take me out of the story. Plus, when dialogue wasn’t much of an issue, there were some really interesting shots; my go-to example is when Alice and Crewes climb the stairs up to his loft. Like, I didn’t think crane shots like that were possible at the time. It’s proof Alfred Hitchcock was a skilled filmmaker from the very beginning of his career.

So yeah, check out Blackmail if you can. If all else, it’s a solid Hitchcock flick.