Off the Beaten Path | Utopia (UK) 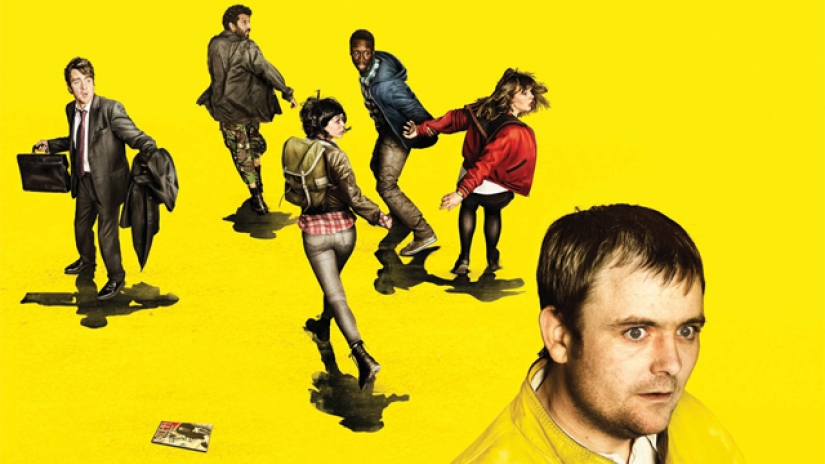 With Off the Beaten Path, I want to keep you on your toes. Granted, Love, Death & Robots S1 was a mixture of dramatic and comedic genre fare, but Danger 5 was as comedic as can be. So with that in mind, it’s time we turn to something a little bit more, how best to put it, intense.

In my final post for Danger 5, I left you a hint for the next show on my review queue. That hint was “Prepare to follow Mr. Rabbit down a rabbit hole of deadly conspiracies and dubious morality”. If you were able to figure out the show beforehand, nice. You know your stuff and/or have enough interest to find out through the Internet. That or I know you personally and told you. Either way, I’d like to announce the next show up on the docket; the British conspiracy drama Utopia (UK).

So what exactly is Utopia (UK)? Well, Utopia (UK), created by Dennis Kelly, was a Channel 4 show that ran from 2013-2014, airing 12 episodes across 2 seasons. Sadly, the show was canceled despite solid critical reviews, leaving us with a cliffhanger ending. As for the premise, Utopia (UK) centers around a cult graphic novel called The Utopia Experiment, which is rumored to have predicted disastrous pandemics after it was published. What’s more, there’s an unpublished sequel. This sequel dubbed the Utopia Manuscript is rumored to contain hidden truths embedded within. Truths that could determine the fate of humanity. The story starts with the sale of this manuscript, which prompts a mad race between various factions who want the manuscript. These factions include our loose association of protagonists and the shadowy group known as The Network.

Let’s start with the protagonists. The main group we follow is comprised of fans of The Utopia Experiment, who know each other through a fan forum. There’s Becky (played by Alexandra Roast) the post-grad student, Ian Johnson (played by Nathan Stewart-Jarrett) the lowly IT worker, Wilson Wilson (played by Adeel Akhtar) the survivalist and conspiracy theorist, and Grant Leetham (played by Oliver Woollford) the 11-year-old delinquent.

At the start of the story, one of them acquires the Utopia Manuscript, and they decide to meet in person for the first time. Shortly after, the whole group is forced on the lam, their lives and reputations ruined as they are pinned for some truly heinous crimes. They are then joined by a woman named Jessica Hyde (played by Fiona O’Shaughnessy), a woman long on the run from The Network. She desires to bring down the conspiracy, not for any altruistic reasons, but decidedly personal ones.

On the antagonistic side, there’s The Network. The Network is a shadowy cabal hellbent on recovering the Utopia Manuscript, even if it means destroying everyone who gets in the way. We never meet everyone who works for The Network, but we get to know some key individuals. There’s Arby (played by Neil Maskell) and Lee (played by Paul Ready), a pair of incredibly ruthless and deadly hitmen, who are at the forefront of the hunt for the protagonists and the manuscript. We also have Michael Dugdale (played by Paul Higgins), a simple government worker blackmailed into service by The Network. I won’t go much further in describing the antagonists and their motivations, since then we get into some spoiler territory.

Speaking of spoilers, I’ll try not to reveal too much more. This is because Utopia (UK) is defined by the twists and turns found in most conspiracy stories. I will leave you with these though. Utopia (UK) deals with questions and issues that define the Anthropocene, what it takes to address said issues, and whether looking at the big picture ever justifies violence.

I first watched Utopia (UK) back in the fall of 2014, shortly after the show ended its run. I stumbled across it after I watched Black Mirror, and was jonesing for something similar. I figured “hey, they are both from Channel 4, so if Black Mirror was good I bet Utopia (UK) has some promise”, so I gave Utopia (UK) a chance. Like Black Mirror, Utopia (UK) is one hell of an experience.

To put it simply, Utopia (UK) was one of the most brutal shows I had ever seen. There’s violence, there’s bloodshed, and there’s heartbreak. Utopia (UK) is also exceptionally taught. It never lost sight of the conspiracy at hand or got lost in its own mythology like many other conspiracy thriller shows (Orphan Black is a recent example of this). On an even deeper level, Dennis Kelly asks us hard-hitting questions. These are questions that don’t have easy answers, that challenge you as an empathetic being.

It’s also one of the most gorgeous shows I’ve ever seen. The cinematography, provided by Ole Bratt Birkeland and Lol Crawley, is stylized like a graphic novel. From a beautifully shot meadow bursting with green to a reflective pool of blood that spreads across a linoleum floor, everything pops with vibrant color. It’s a great juxtaposition to the gray and grey morality play we end up watching. All of this comes together to create the best conspiracy show I’ve ever seen.

What Do I Expect?

So what am I expecting from this rewatch? First and foremost, I’m just excited I get to watch Utopia (UK) again. To be honest, I haven’t seen Utopia (UK) since I first watched it back in my sophomore year of college, largely for two reasons. The first is that it is quite an intense show and not one to watch lightly. Like, watch the first 10 minutes, and you’ll see what I mean. In other words, Utopia (UK) is the antithesis of a light binge session.

The second is that it’s literally hard to watch. Utopia (UK) has never been released on American streaming services, or even on physical media. This leaves only two options to watch the show. The first is to buy foreign DVDs and a region free DVD player. This is, unsurprisingly, rather expensive and not a great option unless you’re going all-in on collecting foreign releases. The other option is to just pirate the show. Granted, there’s the upcoming Amazon Prime American remake by Gillian Flynn, but that’s a far cry from watching the original run. All that said, Utopia (UK) is a show worth experiencing if you can, and one I’m excited to re-experience.