Off the Beaten Path | Other Space 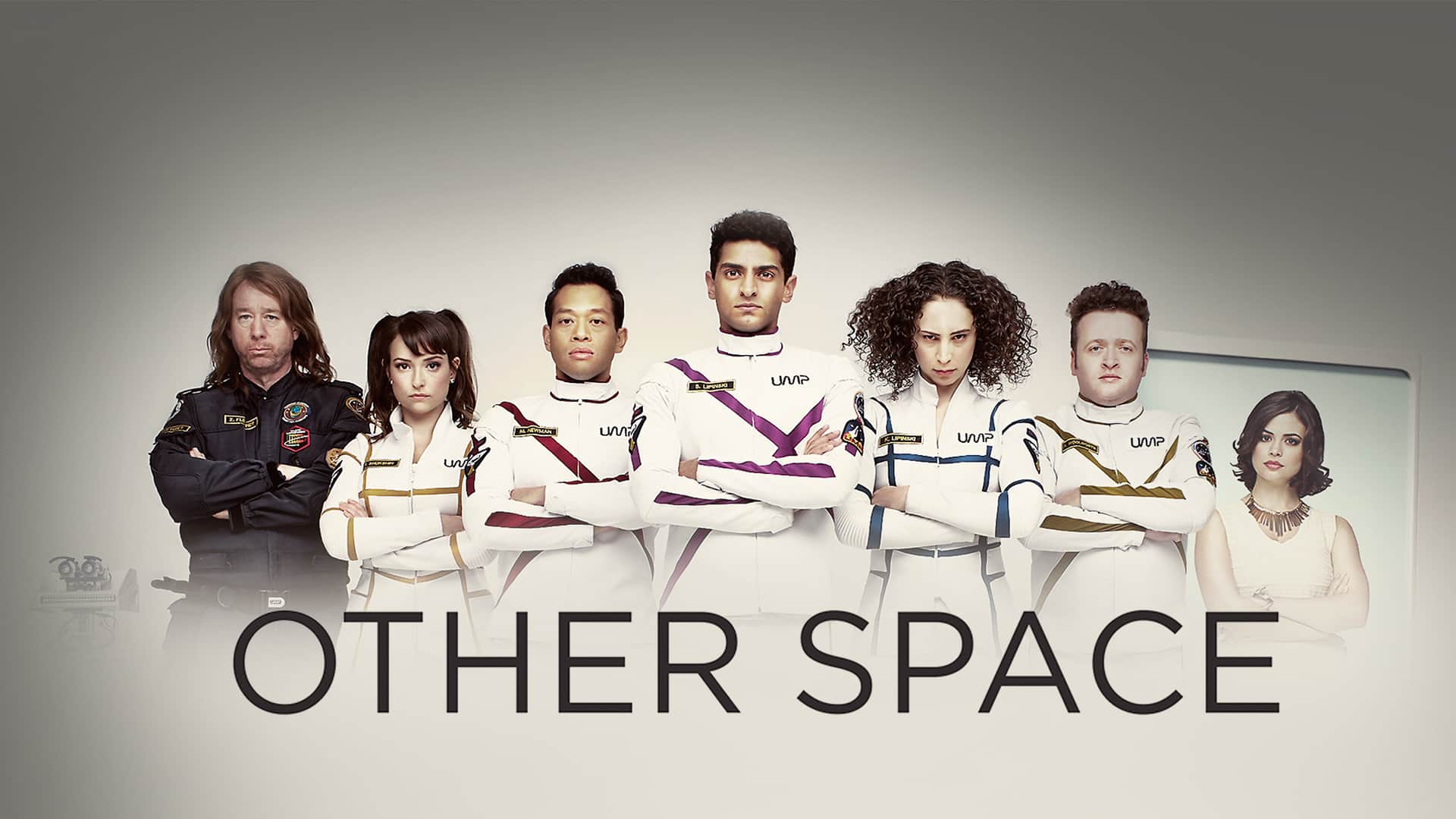 Now that we’ve explored some of the offerings I’ve previously seen from across the admittedly English speaking world, it’s time we returned to America for a show. A show, that despite good reviews, was destined for failure. A show that seemed to arrive a few years too early for its own good. A show that sadly seems destined to be lost in the ash heap of TV history. If you haven’t guessed (or I haven’t mentioned it to you if I know you in person), I’m talking about a little comedy show called Other Space.

So What is This Show?

Other Space premiered back in 2015 on that streaming service known for its ease of use and longevity aka Yahoo! Screen. It was a half-hour comedy show created by Paul Feig and featured an ensemble cast that includes the following. There’s Karan Soni as Stewart Lipinski, the young and enthusiastic yet inexperienced captain of the UMP Cruiser. There’s Bess Rous as Karen Lipinski, the stern first officer, and Stewart’s older sister. There’s Eugene Cordero as Michael Newman, Stewarts best friend, and the often-ignored second officer. There’s Milana Vayntrub as Tina Shukshin, the unqualified and flighty navigator. There’s Neil Casey as Kent Woolworth, the highly socially maladjusted science officer of the Cruiser. There’s Conor Leslie as Natasha, a hospitality bot turned computer of the Cruiser. There’s Joel Hodgson as Zalian Fletcher, the longtime engineer of the Cruiser. Lastly, there’s Trace Beaulieu as A.R.T., a wisecracking robot stowaway who is Zalian’s best friend. It followed the exploits of the starship UMP Cruiser in the early 22nd century after it flew through a wormhole and got trapped in an alternate universe on its maiden voyage. In other words, it’s a workplace sitcom version of Star Trek: Voyager that’s also better than it’s source inspiration. In fact, the critical reception was very positive, and it was considered by far the best original show Yahoo! Screen had to offer.

So if the critical consensus was good, why was it canceled after only one season? To answer that, go check out Yahoo! Screen and see for yourself (it’s buried deep in the website, but it’s still there in some form). I mean, that service was a nightmare to navigate and use. Because of the horrendous UI, the costs of producing the Community revival, and low viewership across all shows, it was shut down less than two years after it fully launched as streaming service. With the shut down of Yahoo! Screen, Other Space was brought down too, and despite being shopped around by Feig, it was never picked up.

How I Found This Show

I first watched Other Space back in the summer of 2015 in one sitting on a train ride with the family for a summer trip to Albuquerque. I can’t exactly remember if it was on the way to or from Albuquerque, but I remember enjoying the show. I had heard about it from two sources. The first was on Yahoo! Screen itself in the form of commercials that played during episodes of Community season 6 (the reason why I even ventured to the service in the first place). The second was because there was a dedicated reviewer for the show on The A.V. Club, which I read fairly regularly, and the reviews were good. Safe to say, I remember agreeing with those reviews, as did everyone else.

So why did I choose Other Space to be the next show I review for Off the Beaten Path? I mean, besides being a short comedy show that could be a great palate cleanser for Utopia? Honestly, I think Other Space was ahead of its time. I mean, consider the fact that both The Orville and Star Trek: Discovery premiered two years after Other Space was canceled. In a way, I think Other Space is a good cautionary tale of the increasing stratification of streaming platforms and the separation of content. Namely, even if the show is good, a prospective audience won’t turn out if the service itself is poorly designed and/or inaccessible. We’re currently in a streaming bubble, and while Other Space was one of the first casualties, it won’t be the last orphaned show once the now numerous streaming services inevitably collapse or change into newer forms.

So what exactly do I expect from this rewatch? To be honest, I’m not sure. Like with Utopia, I’ve only ever seen Other Space once. Unlike Utopia, however, there’s not I remember this show other than a few isolated moments, like Dave Franco’s cameo, an instance where they got the laws of physics backward regarding a B-plot, and a few others. This rewatch could go either way, but that’s almost more interesting to me at this point. So with all that said, I hope you’ll join me on this adventure with the crew of the UMP Cruiser, and let’s see where this ride takes us.

If you would like to watch Other Space, but don’t feel like plumbing the murky depths that is Yahoo, Paul Feig has created a Tumblr where you can watch every episode, plus the YouTube sci-fi distributor Dust has been recently been releasing the episodes.