Off the Beaten Path | Golan the Insatiable S1 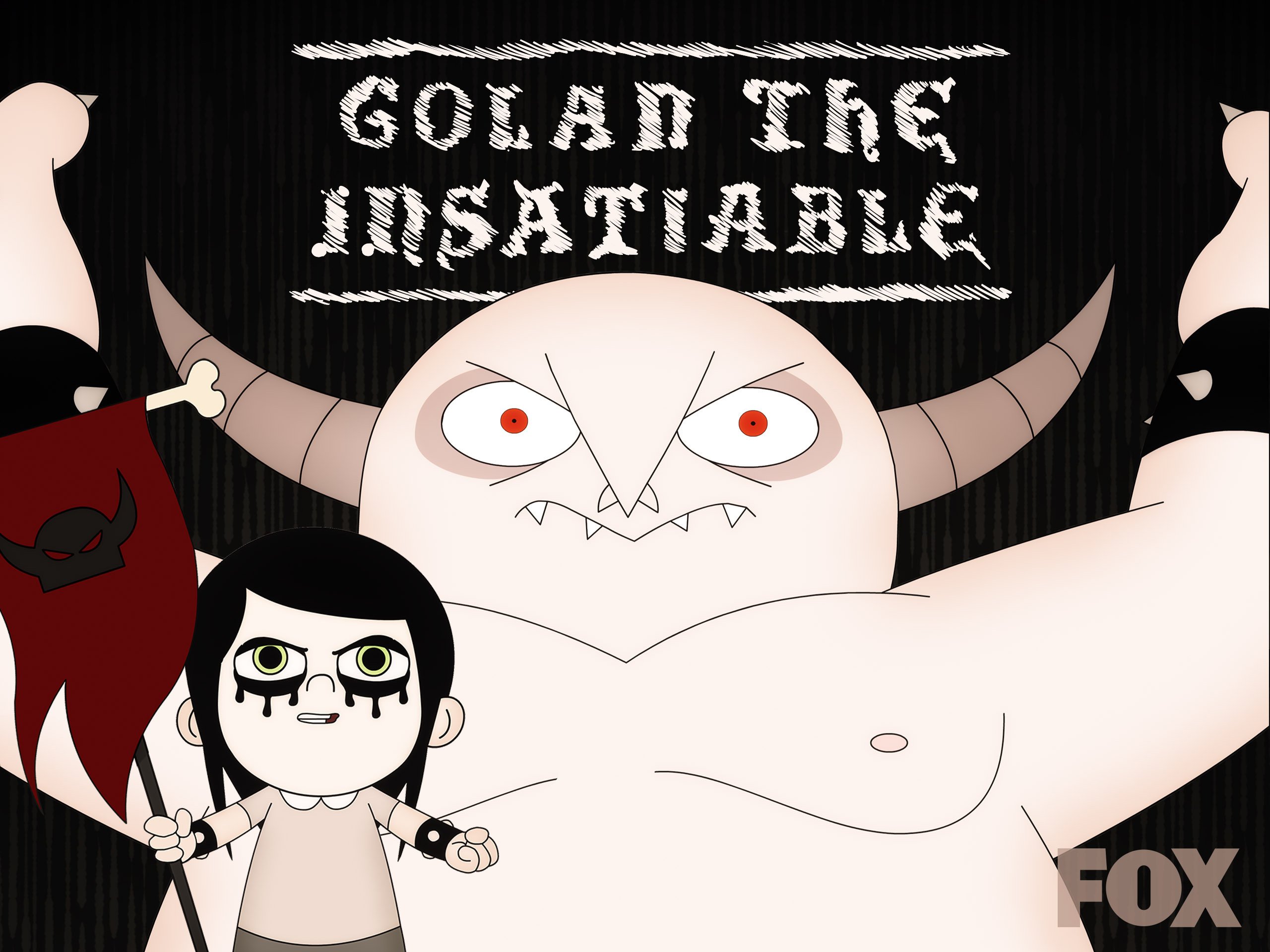 All right dedicated readers, it’s 2021. We have (almost) a whole new year filled with untapped potential. Since the existential hangover of 2020 has been a bit stronger than anticipated, my originally planned Off the Beaten Path reviews have been delayed for now. So to tide you (and myself) over while I finish watching the shows I originally had planned for January, I decided on a whim to ring in 2021 with a quick bite review; the Fox animated comedy Golan the Insatiable S1.

Looking at the premise, I thought it would be something I’d enjoy; an animated buddy comedy starring Golan the Insatiable, an interdimensional warlord exiled to Minnesota, and Dylan Beekler, a 6-year-old goth girl and Golan’s acolyte. After watching all 6 episodes, I was just disappointed. It was like watching a half-baked and neutered Adult Swim sitcom.

Now where to begin with what I didn’t like?

Let’s start at the fundamental flaw

At the broadest level, I thought Golan the Insatiable S1 just didn’t live up to the promise of the premise. This to me is rather baffling. As an animated comedy, there shouldn’t be any bounds on what’s possible. Golan should be wreaking havoc and acting like a Hyborean barbarian in the midwest. Like, this has a zany as fuck premise that should be fun as hell to watch. His antics and adventures should be able to be immortalized in a Frank Frazetta-style painting or a 1970s doom metal album.

Instead, the show is merely content to have Golan largely loaf around the Beekler household. Plots largely revolve around Golan trying to ingratiate himself in the Beekler family in order to sleep with Dylan’s mother and older sister or attempting schemes to make them jealous sexually. Every now and then, there’s some dark magic flavored humor and story beats, but for something like this a few moments and jokes aren’t enough to sustain the greater narrative. It’s almost like Josh Miller, the show creator, forgot this wasn’t a live-action sitcom. Granted, this got better over time, but man it was rough for at least the first 4 episodes. You know, the first 60% of the show, nothing major.

Looking back on the show, I think a big reason for this is because it’s on the wrong network. If it weren’t for Hulu adding network logos onto the thumbnails of their content, I would have thought this was an Adult Swim show. Instead, it’s a Fox show. Not even FX, just Fox. This means it would have aired in the same block as Bob’s Burgers, The Simpsons, Family Guy, and the like. You know, now typical animated sitcom fare that can hardly be considered edgy in the 2010’s when Golan the Insatiable aired. It’s a shame really.

What about something more specific?

Beyond the wasted premise, the more specific elements of Golan the Insatiable S1 just don’t work for me.

For something that should look at best too awesome, the animation is pretty meh. The character designs are ugly, and I don’t mean in the Bob’s Burgers ugly-yet-wholesome way, I mean just ugly and boring. All the adults look like they’re part old-timey mercury thermometers. Even when the on-screen plot and jokes get interesting, the animation is still stiff and lacks inventiveness. After seeing some stellar animation for Off the Beaten Path and Watercooler Reviews (check out FLCL or Primal if you’re looking for some stellar animation), the fact that Golan the Insatiable’s animation is poor at best condemns it to a sea of mediocre and forgettable animation.

Even when the episodes started getting marginally better, the supporting cast grates on my nerves. God, they are fucking annoying. Everything from their voice acting to their (lack of) personalities does nothing but irks me. Alexis and the teens are the worst; just why the hell did they decide to use those kinds of voices? It’s like a demented valley girl decided to rake their sharpened nails against my brain and my eardrums at the same time.

On a related note, the voice acting is meh at best and horrendous at worst. Throughout the season, everyone spoke with a tone that can best be described as part grandstanding and part shouting, and it doesn’t make sense. With Golan, sure. With Dylan, maybe, depending on the situation. With everyone else, why? Just why?

In terms of writing, based on what I said so far, it should come as no surprise that it is lackluster at best. The humor tries to be edgy and dark, but it’s more unsavory and squicky Brickleberry humor than the dark yet righteously metal humor of Metalocalypse.

The characters are also painfully flat. Sure, with the short runtime there’s not a ton of time to flesh out the cast, but that said there’s still room for characters to grow, and I’m not just talking about the side cast; the dynamic between Dylan and Golan fluctuates from episode to episode without rhyme or reason. Hell, since we don’t see Golan’s origins in his home dimension, it’s hard to think of him as all that interesting a character. At least Dylan has some interesting sides to her character, what with being a 6-year-old goth kid obsessed with bloody mayhem and all.

Are there any positives?

So that I’m not just ragging on Golan the Insatiable S1 endlessly, there are a few positives that bear noting.

First, as I mentioned earlier, the season did get better as it went along. The insufferable side cast became less present, the plots more effectively utilized the animation to wring humor out of the premise, the jokes and the humor also landed more often, Golan and Dylan’s relationship saw some development. It got me to think that maybe Golan the Insatiable has unsquandered promise after all. Apparently, this season is essentially a trial run for a half-hour full season 2. Who knows, maybe season 2 can deliver; on top of having half-hour-long episodes, the voice cast is changed to something you’d expect in a dark comedy sitcom involving an inter-dimensional warlord.

One last positive is that these episodes are only 15 minutes long with commercials. Since there are only 6 episodes in the season, that means you can watch the whole thing in just over an hour. So, you know, if you think it fucking sucks the pain is incredibly temporary.

So that’s the long and short of it in regards to Golan the Insatiable S1. In short, what should be a fun and metal-as-shit dark comedy is at best a mediocre sitcom. Maybe season 2 will be better – looking at the cast listing Aubrey Plaza plays Dylan, which makes all sorts of sense – but I’m not holding my breath. Even then, knowing the second season is a reboot, you might as well skip this season.

In Case You’re Interested in Watching Golan the Insatiable S1

If you’re interested in watching Golan the Insatiable S1, you can find it on Hulu.