Off the Beaten Path | Other Space – Final Thoughts and Impressions 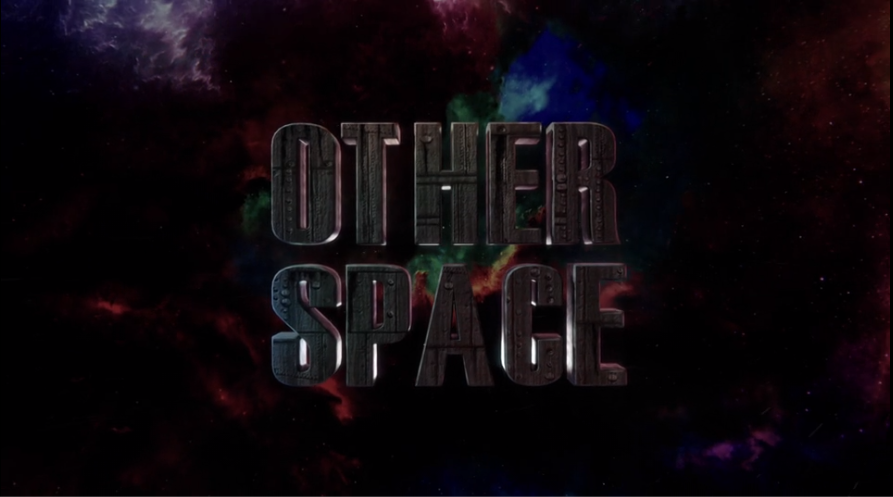 Alright, readers who have been following along – also, just gotta say, you, yes you, are one beautiful motherfucker for reading – you know what time it is; it’s time for my final thoughts and impressions of Other Space. I’m gonna be straight up honest, after watching Other Space, I’ve reached a realization I haven’t had yet so far in all my reviews for Off the Beaten Path. Namely, this is the first time a show has fallen in my estimation compared to my initial watch. I know, crazy right?

Going into Other Space, I was expecting a fairly funny comedy with some interesting characters on a wild ride. In other words, based on my reactions to the previous shows I’ve reviewed, I was expecting my opinion of Other Space to deepen, but not change. Boy was I wrong – I’m still on the fence about it being a positive surprise or not as weird as that sounds, but I’ll explain later – and I’ll tell you why my thoughts are, mixed, to say the least.

So, what lowered my estimation of Other Space? Well, if you’ve been reading along, you’ll know there are a few recurring offenders I keep bringing up. Namely, Other Space tended to dip into the same well for stories (aka telepathic aliens) over and over again, along with having one of the plots be weak/uninteresting. I think these two issues stem from one larger issue; Feig and the writer’s apparent disinterest in exploring interesting sci-fi concepts.

Now I know that sounds incredibly harsh, but hear me out. One of the great things about sci-fi, if not thee great thing, is the ability to imagine worlds and scenarios, ranging from possible to impossible, all with a level of plausibility. It’s the aspect of sci-fi that has always fascinated me. This is why I find Other Space frustrating. It doesn’t embrace this tenant of sci-fi, even as it strives to emulate and spoof some of the most enduring sci-fi franchises out there.

I mean, imagine what they could have done if they didn’t cover a telepathic alien in three out of eight episodes. Instead of First Contact, The Death of A.R.T., and Getting to Know You, we could have gotten more episodes like Trouble’s Brewing and Powerless aka the best episodes because they embraced the endless possibilities of sci-fi. I mean, I understand why having a crew apathetic to exploration would be amusing in this context, but that apathy shouldn’t extend to the writers.

For something on a related note, it also didn’t feel like the writers thought out a lot of their own concepts and plots on a conceptual level. I mean, this universe the Cruiser is lost in feels awfully similar to our own, to the point where I think it still could be our universe. I mean, chemistry is the same, the scale factor of the universe seems the same, etc. Honestly, I wouldn’t be surprised if that was the original end game of Other Space – they realize they aren’t in a separate universe at all, just far enough away from the Local Group that it feels like another universe, which allows them to get back home.

Conversely, if it is an alternate universe, wouldn’t it be obvious there’s more than one? Why did it take the crew seeing a third universe to consider that, you know, there’s more than two? Also, if this was a universe like our own, couldn’t an Earth exist there too ala Rick and Morty? I mean, the alien apparently has a similar enough coordinate system to the one used in our Universe. If you’re wondering where I’m getting at, rewatch First Contact, since this alternate universe alien gives them coordinates that they know already, which they normally shouldn’t. If this is the case, why not look to see if an Earth is there? It’s frustrating to me, both as a sci-fi fan and as a writer (who often writes sci-fi), that these concepts and situations were just ignored a lot of the time instead of explored and examined.

If there’s one other structural issue I’ve had with Other Space so far, it’s how quickly they bring stuff up, especially when it seemingly comes out of nowhere. This was startlingly common in the relationship sphere of the narrative. For example, look at Kent and Natasha. When Kent declares his love for the AI in Powerless, all we have to go on as context is him saying her fully operational self is a wonderful person, and their offscreen work on the wormhole detection system. In other words, there’s so little set-up that the declaration of love and the ensuing relationship feels not only jarring but rather contrived.

This isn’t limited to Kent and Natasha either. This also plagues the Michael-Karen relationship. When it’s introduced in Ted Talks, there was no context. Namely, they both say the other has been into them since the academy. Despite those claims up till that point, all we’ve seen is Karen repeatedly insulting Michael, with no hint at any romantic and/or sexual tension between them. Even after that, the romantic tension between the two only pops up when the plot demands it. Like, if you missed Ted Talks and just watched Trouble’s Brewing and Powerless, I wouldn’t blame you for thinking there was nothing between the two, even though they had slept together by that point.

Despite all this negativity so far, here’s the flipside of my thoughts on Other Space. While it has fallen in my estimation, it was still canceled too early. While Other Space was frustrating to me on a sci-fi and writing level, the cast (barring A.R.T. and his continual Pierce Hawthorne of Community impression) was fun to watch and eclectic enough that I want to watch more. While certain episodes frustrated me, I never outright hated any episode, because there were often at least some good character-based jokes that made me laugh.

Personally, I think this is where Feig shines as a writer. Sure, he might not be great at exploring concepts and the like, but goddamn can he write some funny weirdos. I mean, there’s a reason stuff like Freaks and Geeks and Bridesmaids put him on the map; we like watching these wild characters interact. If there’s any reason why I’d want a season two as of now, it’s because I want to see these characters again. Like, I’m going to miss the surprising comedic chemistry Michael and Tina shared, the evolving sibling dynamic between Stewart and Karen, Kent’s out there quotes, etc.

Lastly, Other Space had potential. I mean, I may have spent over 700 words shitting on the show so far in this post alone, but the foundations for a good show are there. As I’ve said in previous reviews, you see this a lot in new comedy shows. Namely, the first season is rocky, sometimes even terrible, but given enough time can develop into truly great television. Other Space is no different.

The foundations of a great show (the characters, the setting, etc.) are all there, and it wouldn’t take a lot to make them shine even brighter. Also, Other Space is a competently made show. The cinematography, the acting, the sound, the set design, all of it is fine. Nothing overly special outside of special mentions I’ve made in previous reviews, but good enough to stand among similar shows and not look and sound out of place.

Plus, all of my criticisms above aren’t so fundamental that it makes the show unsalvageable. I mean, just a shift in writing priorities, and boom, all my issues can be fixed as early as the season two premiere. I mean, look at Star Trek TNG. The first two seasons are often considered at best pretty mediocre, but starting in season three became one of the best sci-fi shows in history, and stayed there. To me at least, the only salient difference in why Other Space was canceled and Star Trek TNG wasn’t was because Other Space hitched itself to the exact wrong horse in Yahoo! Screen.

So to wrap up my thoughts on Other Space as a whole, I’d say it was a conflicted show. While it certainly had flaws that dragged down my opinions about its quality, they weren’t great enough to sink Other Space, and I still had fun watching it. If anything, episodes like Ted Talks, Trouble’s Brewing, and Powerless show me that Other Space had the capacity, with some fixes to the writing, to flourish. Sadly, that’ll never happen, what with Yahoo! Screen’s not all that untimely demise.

So, in the end, we’re left with a mixed bag with forever untapped potential. So, would I recommend Other Space to others? After this rewatch, it depends on where your interests lie. If you like wacky characters saying wacky things and being wacky together, I think you’ll like Other Space. If you’re looking for a deeper exploration of sci-fi through the lens of comedy ala Rick and Morty and Futurama, or you’re the type who hates being left with an eternal cliffhanger, you’re likely going to be disappointed. Either way though, I’d recommend at least checking out Other Space, I bet you can find a laugh or two.

For now, contrary to what I’ve done with every wrap-up post so far with Off the Beaten Path, I’m not going to leave a definitive hint for the next series I’ll review for you all. Mostly this is because I’m not quite sure what I want to review next since I’m torn between reviewing something I’ve seen before or do something new for Off the Beaten Path and reviewing something I’ve never seen before. Either way though, what I’m reviewing next will be a dramatic miniseries, that much I can tell you. With that, I hope you’ve enjoyed my reviews of Other Space, and be sure to check-in for the next review series. I think you’ll enjoy them, and thank you for reading!