Off the Beaten Path | Crashing 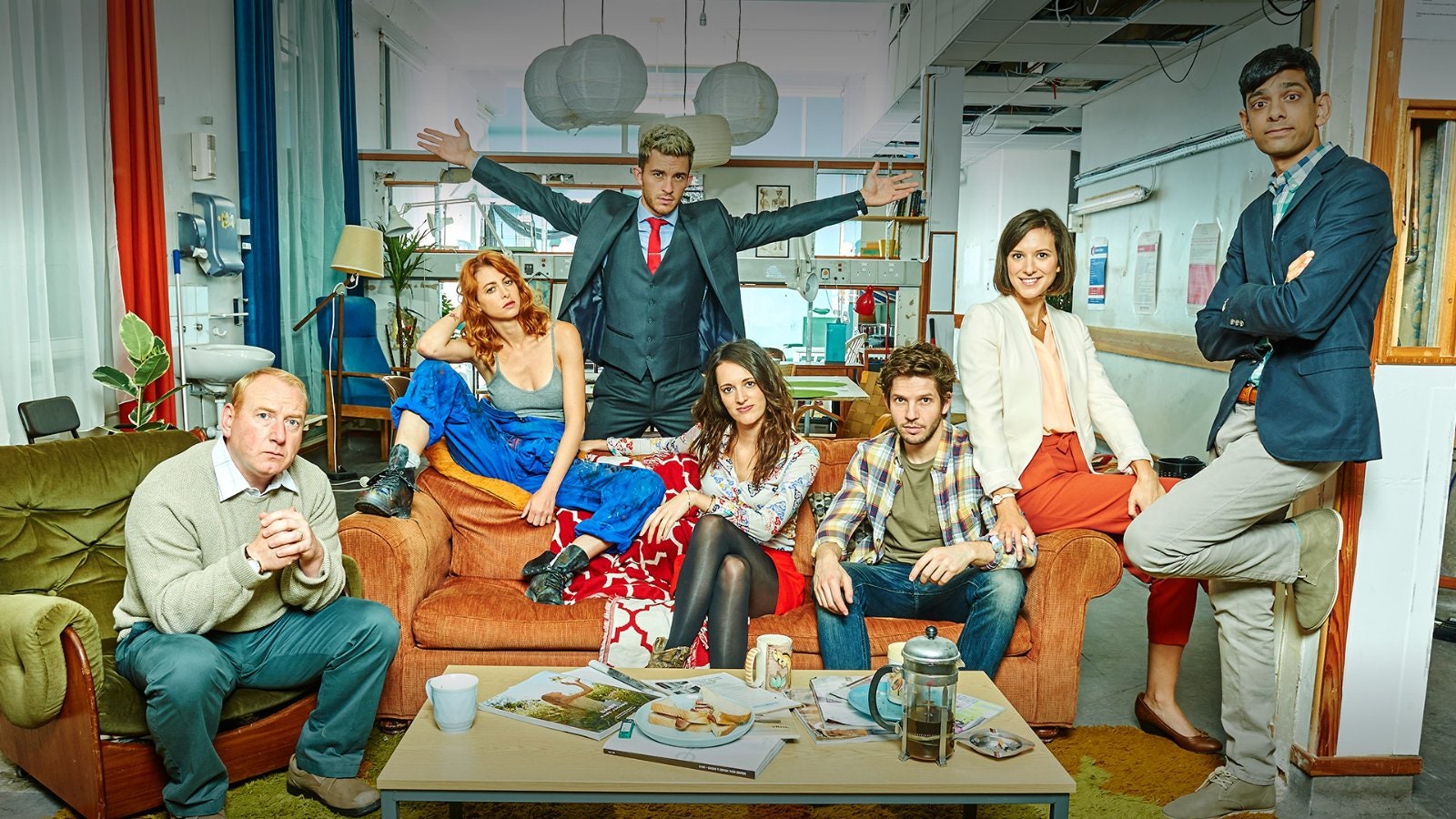 Hey everyone! It’s time to hop back into the saddle for a fresh installment of Off the Beaten Path. Like how I reviewed Danger 5 after reviewing Love, Death & Robots S1, I’m dipping back into the comedy well. This time, it’s for Crashing, a 6-episode Netflix original comedy show by Phoebe Waller-Bridge I didn’t even know existed a week ago. You know, her other comedy show from 2016.

I bet you’re wondering, “why was it that Fleabag catapulted Waller-Bridge to worldwide acclaim while Crashing ended up as little more than a footnote on Waller-Bridge’s IMDB page?”. I mean, I was asking myself the same question when I first found this show. Well after watching the show, I think I have an answer.

Crashing, while well made and well written, just isn’t as interesting as Fleabag.

So what makes Crashing not overly interesting?

So what do I mean by that? For the most part, I think Crashing is just rather vanilla as a show. For one, it’s one roommate-com about fun 20-30 somethings that are dealing with life in an endless sea of them. That’s not to say roommate-coms are inherently bad. Far from it. It’s more that Crashing, beyond having Waller-Bridge’s authorial voice, doesn’t do much to distinguish itself from the countless other similar shows out there.

For another, it didn’t help that Crashing was the least surprising show that I’ve reviewed for Off the Beaten Path, and that includes the stuff I’ve seen before. In this case, I predicted the outcomes of all the pairings after Episode 1.1 was done. Without fail, those predictions came true. If anything, the only mystery to me was whether or not Colin (Adrian Scarborough) would succumb to Melody’s (Julie Dray) desires. Otherwise, everything was telegraphed from the very beginning.

Lastly, it also didn’t help that the pairings, based on already familiar sitcom archetypes mind you, fell into one of two types of archetypal setups that you see a lot in sitcoms. At the forefront, there’s the love triangle between Anthony (Damien Molony), Kate (Louise Ford), and Lulu (Phoebe-Waller Bridge). As soon as all three were in the same room, the three fell into the classic Archie-Betty-Veronica dynamic. In particular, Anthony is the bland Archie, Kate is the demure Betty, and Lulu is the wild and sexual Veronica. The only subversions there is that Lulu was the girl next door instead of Kate. Otherwise, the tropes were played straight enough (and the onscreen chemistry, can’t underestimate that) that the writing was on the wall immediately after Lulu arrived.

In the background, the other pairings fell pretty neatly into a lonely man-manic pixie dream girl dynamic. If you’re curious about who’s who in these dynamics, check out the character bios I wrote and you’ll understand almost immediately.

The saving grace with these pairings is that Waller-Bridge gives them more to go on and makes them more interesting than the shallowness the tropes imply.

Consider Sam (Jonathan Bailey). While he may be Fred’s (Amit Shah) MPDG by forcing Fred out of his shell, he has his own arc. Namely, coming to terms with his newfound sexuality while dealing with the grief from the death of his father. With Melody, she doesn’t exactly grow into anything new. She starts off as a (pseudo?) french artist who likes to live life to the fullest and ends exactly there. Instead, we learn about how she ticks as a character. Namely, her having Colin as a muse is her way of processing issues she had with her father through her art, especially as Colin is only the latest in a long line of muses that bear a resemblance to her father.

Seeing these in action makes me wish we got more with the main triangle. Compared to the beta pairings, not much happens there. Kate gets the most, what with trying to become less uptight and more fun to passive-aggressively keep Anthony’s attention away from Lulu. Lulu herself is pretty static. She starts off as a quirky, sex-obsessed millennial, and ends more or less the same place character-wise. Anthony just gets more confused and straight-up possessive over both ladies as time goes on.

What does Crashing get right?

Now don’t get me wrong, Crashing is by no means a bad show. Out of the three comedy shows I’ve reviewed for Off the Beaten Path, Crashing is easily the most consistent. Sure, it may not reach the heights of say Lizard Soldiers of the Third Reich but it never approaches the lows of Un Sacco Di Natale.

Think of it this way. Crashing is good enough that the flaws stand out more than if it were just varying degrees of bad.

It should come as no surprise that Waller-Bridge’s writing is what makes Crashing so consistent. Good lord can she mine humor out of mundane situations and character interactions. One of my absolute favorite laughs was in Episode 1.2, with the awkward song and dance Lulu and Kate play when it comes to having lunch with Anthony during their now shared workday. After many false claims business lunches and having to run off, they have this silent conversation while Kate is eating at a cafe, and Lulu stumbles on the scene. That whole scene, even though there’s not a word said, was perfect comedy.

Sure, the characters are rather static, especially when compared to Fleabag. Doesn’t change the fact these seven were fun as hell to watch. Like you may not be getting into that deep psychological dive into the psyches of the characters and personal growth as we get in Fleabag, but man can this cast play off each other in an entertaining way. Again, this is Waller-Bridge’s skills as a playwright shining through.

In a way, my complaint about this show being so predictable is partly based on the strength of the chemistry involved. As soon as Lulu and Anthony started laughing it up and flirting like old times, you knew they were going to bone at some point because they’re just having so much goddamn fun together. I’d put it up there with the first time Ted saw Robin in How I Met Your Mother. When Sam and Fred started bonding, you knew they were also going to be boning at some point. It didn’t even matter if Sam considered himself straight at the time. The characters work so well off each other their fates might as well have been written in the stars.

The rest of the aspects of the show are fine, but not overly noteworthy. Like the cinematography is fine for a single-camera sitcom. The soundtrack and the score are quirky yet spirited. The direction, courtesy of George Kane – who directed every episode – is fine TV directing, nothing extraordinary but it gets the job done efficiently. All in all, it’s a well enough made show to not be bad but not spectacular.

So that’s Crashing for you all. If it seems like I’m being overly harsh, it’s honestly because of prior expectations I had for the show. After joining the Church of Waller-Bridge, I expected Crashing to be in a similar vein as Fleabag; a darkly humorous examination of a broken individual trying to navigate life.

So if you’re going to spend an afternoon in the hospital with the Crashing crew, just keep in mind it’s not going to be a proto-Fleabag tragicomedy, and you’ll be all set for a fun afternoon.

If you’re interested in checking out Crashing for yourself, you can find it on Netflix here.