My Thoughts: The Peanut Butter Falcon 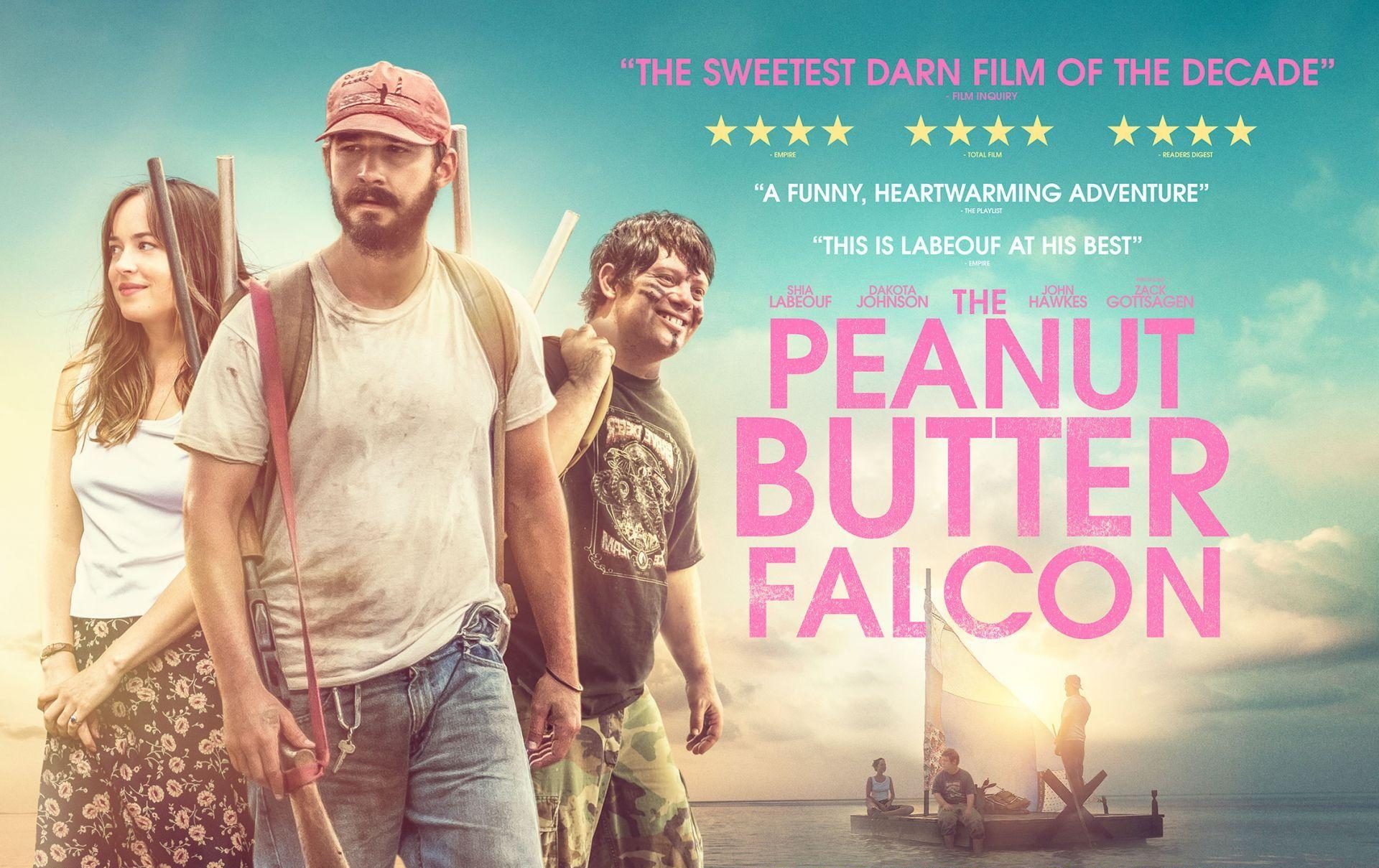 The Peanut Butter Falcon (2019), directed by Tyler Nilson and Michael Schwartz was simply a delight to watch. Honestly, before watching, I didn’t have too much knowledge about this movie other than the fact that Shia LaBeouf was starring in in. This is a bit out of the norm for my viewing routine because most of the time I’m reading at least some synopsis beforehand. That being said, if you haven’t seen this movie yet please go do yourself a favor and go watch it before you continue with this article. Okay, assuming you have already seen the movie or you’re just ignoring my advice, let me share some things with you. PBF does a fantastic job of creating an adventure pretty much isolated from the modern-day, technology-filled life. Also, I think that the film truly takes its audience into the adventurous world of Tyler (LaBeouf) and Zac (Gottsagen) due to the creativity of the characters.

The tech boom over the past twenty years has made it quite difficult for certain types of films to succeed. For an example of that, please refer to my previous piece on Knives Out, wherein I explore the truth to that statement. However, PBF didn’t give two hoots about technology. This actually created quite the juxtaposition in the film. The no-tech lifestyle of our heroes compared to that of typical workers, Eleanor (Dakota Johnson). With no responsibilities and no phones, Tyler and Zac seemed about as free as one can get in modern day America. This forced the two to entertain themselves with nothing, but the open world, a shotgun and each other. The coolest thing about this was the fact that even if those two had phones, they probably wouldn’t have used them. The adventure was the main form of entertainment for our protagonists. I feel like the audience can easily bite hard on this story because of the disconnection the characters have with the outside world. Some films that try and create a divide between tech and adventure usually seems to be forced, to a degree. Those films are kind of feels like driving your car to a hiking trail, then exploring for an hour and going back to the car versus trekking a trail for a few days. One is temporary separation while the other is pure isolation. If our characters had phones, they would still have some sort of connection to society. Without that technological connection to reality, their world of fantasy was totally achievable much like the isolation that can come with true backpacking.

In my opinion, PBF truly created an entire world for its already well-developed characters. First, I think that the immediate surroundings of our characters are pretty unique. A small fishing region in Richmond, Virginia seems to be a pretty specific part of the United States that maybe not too many people are familiar with. Being that Tyler is a loner and Zac is a fellow passenger on the S.S.SimilarSituation both men are already in a position filled with unlimited freedoms with no accountability to pretty much anyone. These circumstances pretty much negate any reason for Tyler or Zac being worried about how others might feel about their wellbeing when they go missing. Our characters have no regard for hurting anyone’s feelings because the sad fact is that they have no one’s feelings to hurt.

With that, they also have a nice little bonding moment when Tyler finds out that Zac is a “runaway” of sorts. This film does a nice job of letting the two men share the moments without cutting them short for no reason.

There is a very loose plan that Tyler comes up with and Zac just goes with the flow. I think the pairing of those two mindsets blend together like peanut butter and jelly. Everyone wants a friend who is down to ride along no matter what, no questions asked and that is exactly what Zac is. He’s loyal and that is exactly what Tyler was looking for after losing his brother to what we can assume was his own fault after the implied car accident scene.

With Tyler’s void for loyalty filled again, Zac truly capitalized on seizing every moment with his new quest companion. Fortunately for Zac, Tyler was a true outdoorsman, which added so much to the story. The bonus here is that there is not too much machismo spewing from Tyler, if any. He was not a muscle-headed, alpha-type, but looked more like a normal guy who hasn’t shaved in a month or so. This script was not concerned with its characters coming off as “overplayed” or “plain”, but more so cared about giving the actors room to work, which showed. So swimming across a gator-filled river seemed like a slight bump in a winding path of excitement for our guys compared to how other travelers might’ve viewed the situation. Having the characters share some commonalities all while being about as opposite as two can seem was a huge contributor to the plot because Zac pretty much copied whatever Tyler did. With that, the audience was given two characters free from fear for totally different reasons. The men traveled two paths with the same ending, but completely individualized routes to get there.

Date movie: Yeah. I mean, I think that this film is going to be at its best when watched alone, phone turned off and your movie buddy is a bowl full of popcorn. However, this ultimately is a feel-good movie so there is no harm in sharing some laughs with another person.