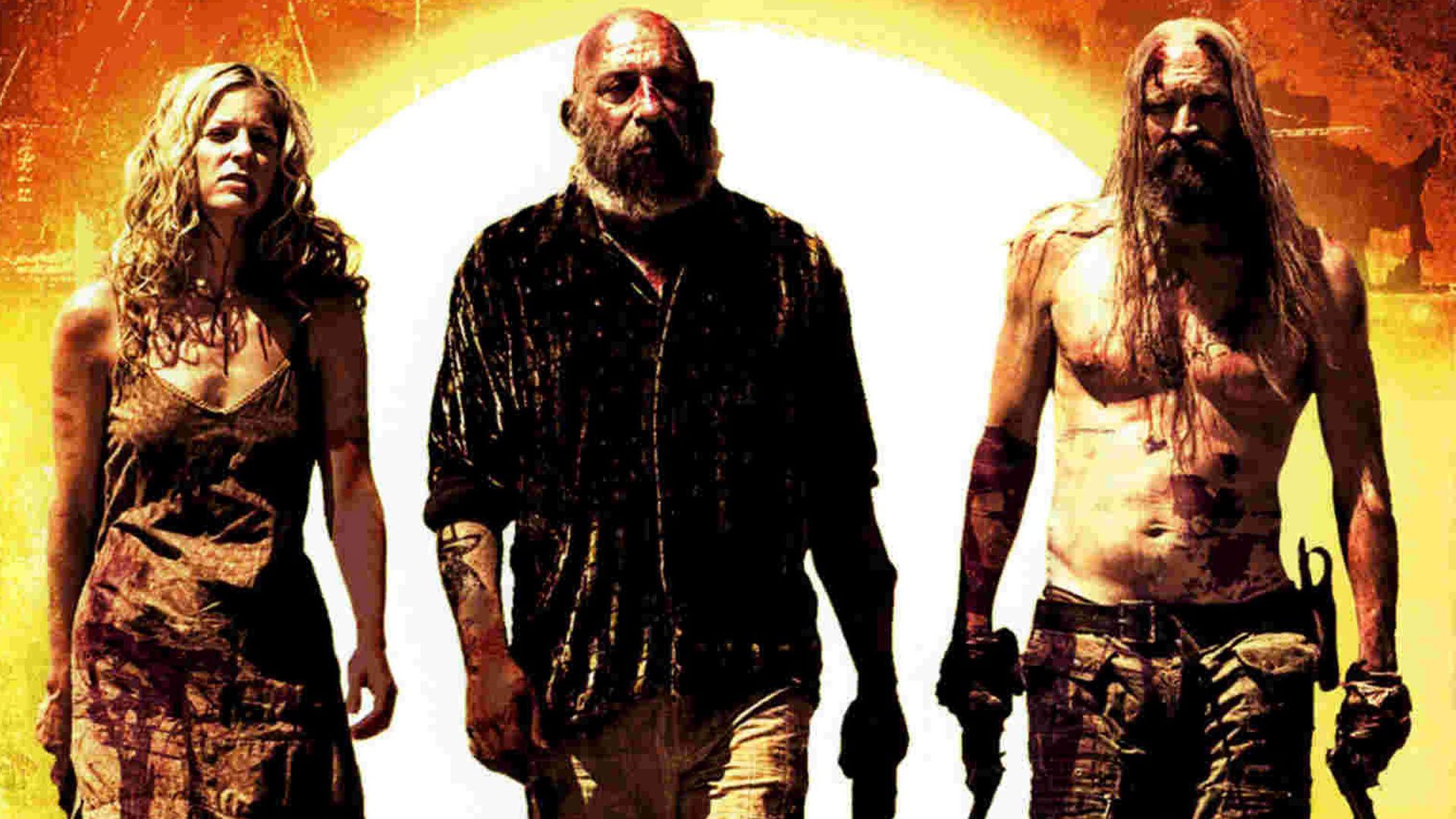 I must first say, “Bravo” to Mr. Zombie. This week I had the pleasure of watching Rob Zombie’s 2005 horror movie, “The Devil’s Rejects”. I wanted to get a head start on October by covering a pretty iconic scary movie. This was in fact my first time watching this film and I was blown-away. Personally, I love horror movies and this hit the mark for me. Crazy and charismatic characters, a clear directorial concept and cinematic devises executed with precision. Buckle up as I break it down.

Zombie tells a couple different tales in this story of his. One of which is about a close-knit family who overcomes the hardships of the real word. The only difference between this film and other family focused flicks is the fact that this kin in particular is full of coldblooded killers and the harshness of reality is the law they face after murdering and torturing countless individuals. Let us explore the different ways Zombie tells this story.

First, in the beginning of the film when a shootout between the Driftwood posse and the police occurs, we can smell the love that the members of the household share for each other. We are shown basic human care that people feel for one another. Only these people are in a fortress of evil, filled with human ornemants, while cops surround the property, guns drawn. The direction of this scene is meant to shape the family as relatable, which is hard to do for the criminally insane. Furthermore, later on in the movie there is a moment when three of our villains are driving in a van, while on the run from the law, and they want to stop for ice cream, which adds a dash of innocence to the ruthlessness of the movie up until that point. In the van the family bickers about whether or not they will stop to get their oh-so desired tutti fruity ice cream. While the Otis protests, the other riders insist. Otis reassures them that there will be no stopping for such a frozen delicious treat. The next scene immediately cuts to the family, other than Otis, enjoying their frozen dairy delight. This prompts a fun teasing of the sourpuss who didn’t want a snack or a bit of sunshine to add to the violent-fueled extravaganza at hand. Another instance of this dynamic is when the family arrives at Charlie’s Fun Farm, which serves as a safe-haven for this sadistic group of misfits. When they arrive at the frontier of fornication Charley comes out of his saloon, shotgun in hand. Feeling they have been betrayed, the patriarch steps up to his former friend and so-called brother and confronts this backstabbing Benedict Arnold. As Charlie approaches the head of the household, the audience is clueless as to what might ensue. It turns out the shotgun was nothing more than a water weapon and the ammo of choice is a static stream of droplets. This sparks a laughing frenzy filled with smiles and embracement between the two old friends. Soon after we see the characters partying like it’s the end of the world. Zombie continues the whole, “loving family” dynamic until the end of the film. While the three rejects are in their getaway car, a stream of home-movies starts to role starring our three subjects. These family memories depict a loving and seemingly harmless group of people who seem to be enjoying one another’s company partnered with laughs and moments of affectionate touching. If you took these instances and isolated them, it might prove difficult to differentiate between the good guys and the bad, which leads me to my next point.

Zombie does this incredible thing where he pretty much switches the perspective of the antagonists and the protagonist. In the end of the movie the sheriff releases Baby so he can hunt her down and end her life like her family did to his brother. However, the sheriff’s hunt is not depicted as a triumphant effort for justice, but rather a revenge-fueled cat and mouse of sorts. The scene plays out like something akin to Texas Chainsaw Massacre, only the sheriff is the slasher while the devil is the helpless victim. This continues for a few minutes and eventually the sheriff finds his mouse and plays with his food for a bit, much like token killers in other movies; his eyes filled with hatred and his stomach with an unsatisfied appetite for blood. Again, if you were to separate that scene from the rest of the movie, it is believable to see Baby as a target of senseless murder compared to an act of vigilante vengeance.

I want to take a second and talk about Zombie’s use of foreshadowing. First of all, it’s not completely obvious. There are a ton of movies out there where the coming events involving a character, item or incident is so blatant due to either the writing or directing. His foreshadowing is something you’ll catch around the bend instead of having a warning sign to tell you what’s coming up next. An example of this is in the beginning of the movie when we see Tiny walking in the woods around the house. When he lifts his mask, he looks like a burn victim who suffered extreme skin loss to the face. Now, the family mentions that he was out the previous night and he was never caught by the cops during the raid they were conducting. One might speculate that he will come back later in the movie, which could be an easy observation even though Zombie kind of makes the audience forget his existence by the time he returns in the last ten minutes. However, when he does make his comeback he kills the sheriff and runs into a burning house to save his family. I applauded the cinematic connection there. Continuing on that thought, while Otis is at Charlie’s farm he is fornicating with a prostitute while a flashy mural of Jesus hangs above the banging headboard. This is moment is followed up later by Otis having long nails driven into his hand as he sits tied-up in a wooden chair. What a small detail to put in a film.

Date movie: oh, you betcha. All audiences can enjoy this blood-filled horror as long as they are fans of heavy gore, violence and pleasant family outings. Seriously though, it isn’t too hard to follow along because the plot is relatively simple. You can easily split time between the screen and whomever you’re watching it with and not get lost in the bloodbath of a story. Although I will say, if you have a chance to watch in silence or in a film-focused party, it will be well worth it.